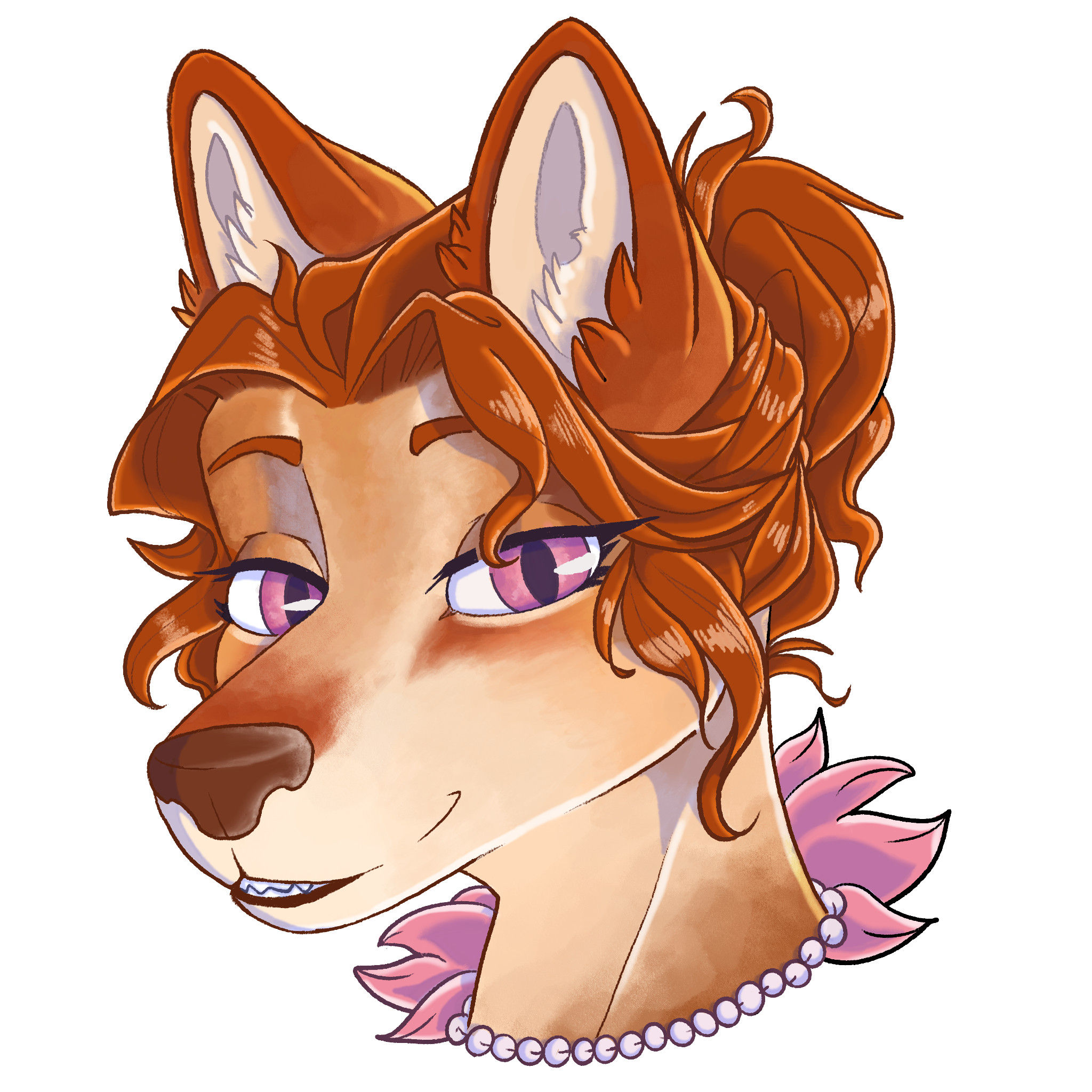 Clementine Salcedo is a hybrid raised alongside her siblings, Baltasar , Lyra , and Magnus Salcedo in Salsola's Portland Outpost. Her parents are Lilia Salcedo and Indra Winters, both veterans of the Inferni/Salsolan war who've pledged their swords to the Thistle Kingdom.

Shaped at a young age by both her parents' desires and the untimely death of her brother, Magnus (with whom she was very close), her departure from Fort Preble was a hasty retreat from the traumatic event. As her grief has waned to a bitter acceptance, in its wake came a growing, ravenous ambition: to defend her family (and her siblings in particular) as well as her own interests, it became clear that she would have to climb as high as possible.

Very quickly, her goals bore fruit: in addition to holding the Mercante job, she was named The Partisan shortly after her second birthday.

This was not without struggle, however. Almost immediately upon joining the secretive pack, she struck up a friendship with its militia head, Brocade Valentine, but made an enemy of his niece Symre Rask. This resulted in the older girl leaving odd occult symbols for Clementine to find and other, more generalized forms of harassment. This culminated in an early-Autumn usurpation, wherein Clementine proved once more that taking what you want is the surest way of achieving what you want in life.

Following the departure of Rafael Salcedo and his wife, Violeta Rose Soul, Clementine became the head of her House within Salsola, despite the fact that it probably should have been a title bestowed on her mother.