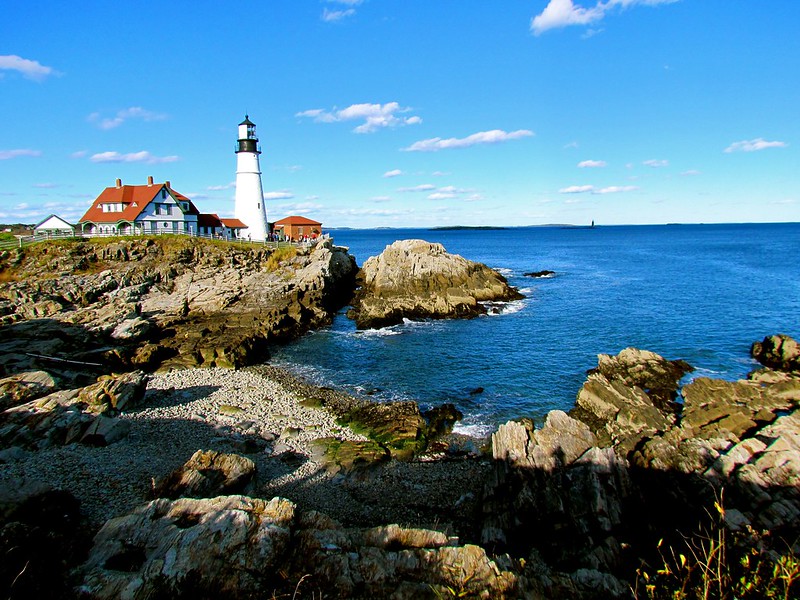 Portland is a coastal city located in Maine, flanked by several smaller islands and noted for its humidity. Known for its snowy and unpredictable winters, Portland's claim extends further west than it did in the time of humans. Remnants of humanity are found throughout the area, though most of the exceptionally dangerous and unlivable buildings have been demolished – either by nature or Luperci hands.

Though many of the buildings in the city-proper were beyond repair, materials were scavenged during the deconstruction of many of these and used to “rebuild”, albeit more crude Luperci structures. Many familiar names from Portland have sprung up again.

With sprawling fields separated by purposefully planted “rows” of trees, this area is used largely for farming and the keeping of livestock. Tensions rose between many of the older farms when the Svantevit pack and their horses arrived in 2016 and claimed a large swath of land.

The area can be affected by severe nor'easters during winter, with high winds and a lot of snowfall. Precipitation is plentiful year-round, but with a slightly drier summer; snowfall averages 61.9 inches (157 cm). In coastal Maine, winter-season mid-latitude storms can be intense from November to March, while warm-season thunderstorms are markedly less frequent than in the rest of the U.S. area. Direct strikes by hurricanes or tropical storms are rare, partially due to the normally cooler Atlantic waters off the Maine coast (which weaken tropical systems), but primarily because the Coriolis effect carries these storms well south and east of the Portland area. 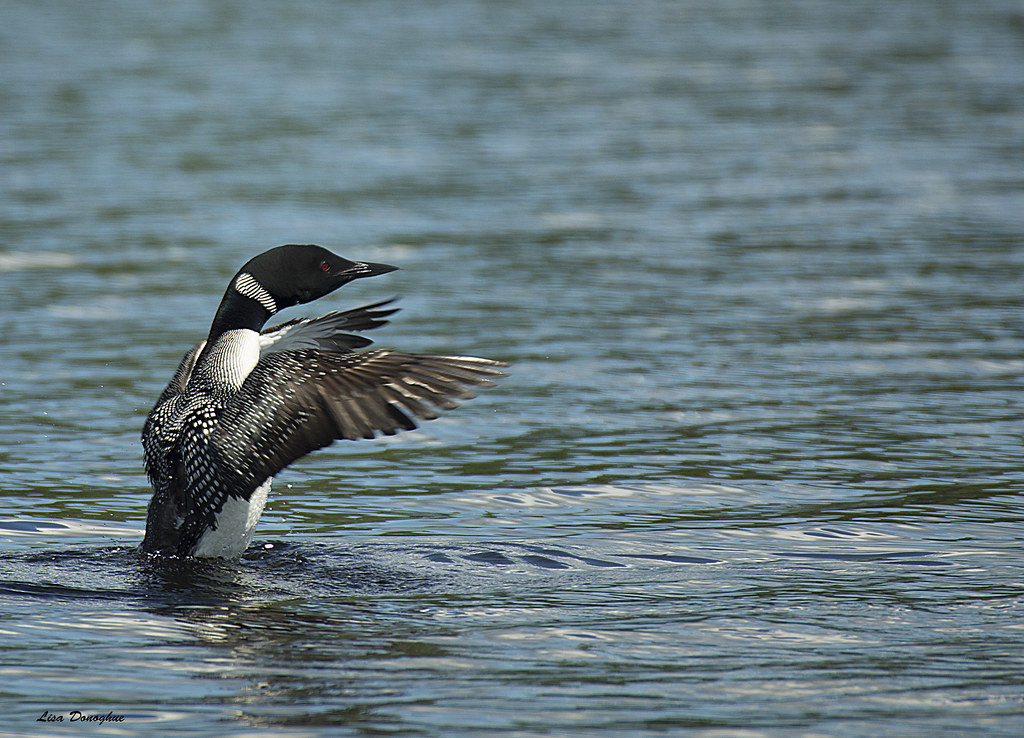 The fauna of Maine include several diverse land and aquatic animal species, especially those common to the North Atlantic Ocean and deciduous forests of North America. Overall, the species in Portland are not too different than those found in eastern Canada and 'Souls.

Because it was a human city, mostly mixed breed dogs are found living in the area. Some wolves and coyotes have also taken up residence, especially since the arrival of former Freetown traders.

The vast majority of the canines in the area are Luperci. Non-Luperci all consist of newer residents, and they are very few. Although specific attitudes in Portland vary from family to family, Non-Luperci are generally accepted.

There are about one-hundred canines within the districts of Portland, and the majority of them work in the docks, as traders, or as cooks and hunters of the Cooks' Den. Most permanent residents are spread out, though a few prominent canines live within Portland proper.

Canines in Portland are more open to human technology and adaptations -- some are European immigrants, and still others have migrated from Freetown. It is commonplace to see a variety of humanization throughout Portland, from practically feral to extravagant.

The primary language spoken in Portland is English, although finding Spanish, French, and German are not uncommon. Various languages from more exotic locations can occasionally be heard around the docks.

The Portland Claim is run by a "coalition" of canines -- four leaders hold different areas of Portland and lead groups associated with a given area. The Svantevit Alpha, the Trademaster (the "elected" -- term used very loosely -- head of the traders), the Camp Manager (the alpha of the Portland Hostel wolves), and the Head Judge (a representative chosen from the farming families). Each leader is a law unto themselves in their particular sector of Portland; on the rare occasion a decision affecting the whole of the area is made, they gather and come to their best consensus.

The "law" in Portland consists of the leaders' council, though it's a lax sort of law and not very involved in anyone's daily lives. The Hostel is the harshest and most strict in its laws and ways, akin to a wild wolf pack -- the Traders are the most lax. Any one of the leaders can exile any Portland canine without the consent of the others -- they don't convene every time they're giving someone the boot to discuss it. Exile by a leader can be a somewhat arbitrary thing, though tyrants are kept in check by the willingness of the people to violently remove them.

Beyond these two simple laws of major crimes, self-imposed justice rules: minor disputes are settled by arranged combats or simple argumentation (e.g., if you attack someone in an alleyway, you’ll be exiled; if you and the other disputant arrange a duel, the leadership stays out of your business).

The Portland economy is quite stable and supported entirely by the barter system. Many canines within Portland work, but the resident workers are unsteady labor at best -- most Portland residents take up jobs only when they have dire need of it (e.g., saving up to buy for a horse). However, permanent residents of Portland are rather well-off in most cases.

Most of the labor within the town is performed by migratory workers, passers-by to the town who also only need to work for a brief time -- usually to get back out of Portland and into the world. Thus, the quality of the work in some of the less-skilled jobs (e.g., tending fire at the Cooks' Den) can vary from great to awful. The more specialized workers -- e.g., the metalsmith -- are permanent residents and the quality of their works isn’t so varied.

Note: this is in no way a complete list of goods and technologies available. See the Traders below for further information. Note, however, that the list is exemplary of the type of goods obtainable within Portland.

Livestock has long reflected wealth among Portland canines, and those who can afford more animals are often seen as better off.

Companion animals vary from person to person; some see them as useless (or even food), while others admire and value more uncommon “pets”.

The docks are a mishmash of technologies: some cement and steel piers leftover from the time of humans sit alongside some long wooden docks of Luperci construction. There are a large number of huts, shacks, and even gutted houses alongside the docks -- most are unowned, serving as communal places where sailors can gather and relax.

Smaller spooner boats are often found fishing the plentiful waters. Larger trade ships originating from Europe or the Caribbean have begun finding their way to these docks.

Farming was something that began first to sustain families in areas where wildlife was still scarce, owing to the urban sprawl that consumed most of the Portland area. With these wide tracks of land already cleared, many canines were quick to settle in the most providable areas for their families – and as Luperci advanced, many began raising their own crops and livestock.

Most farmers are dogs or dog-heavy mixes, with many descended from the original “owners” of the land where they live. Many of these families have a specialty crop or animal which they raise. There have long been competitions between these groups to produce “the best” of whatever it is they make, and (mostly) friendly rivalries exist between many.

Each family is afforded a representative on a council that discusses things like trade, land-rights, and fields communication between the farmers as a whole.

Generally within the city the rule of thumb is squatters rights. Anyone can stake a claim out in an empty building or lot if they set up camp and intend to make use of it. Larger groups will generally claim larger areas, though city properties are usually limited –groups of buildings and inner-city green-space are among the first to go in these cases. Not every claim is a peaceful one, and some residences may be “encouraged” out by bigger groups.

Some Luperci maintain areas where travelers or newly-settling residences may stay in established boarding houses or make use of the Portland Hostel.

It is common for traders to pass through, so they are treated well as long as they cause no trouble and can pay for their stay.

With so many people passing through, religion and religious practices are varied. Abrahamic, Slavic, and Haitian Vodou beliefs are the most commonly found religions of permanent residents.

The traditions held by the residents of Portland are largely derived from human holidays that were passed down through generations and slowly altered to suit the purposes of Luperci more.

This has mostly pulled away from the religious holiday it used to be, although some still view it as more of a spiritual celebration. Feasting and merriment are the larger theme. Bold colors and evergreen are put on display to ward off winter's monotone grip, and many of these are kept up season-after-season by lazier Luperci. Canines give small presents to each other. One is usually a "want" and one is a "need".

Another holiday with largely forgotten religious roots. Canines will plant flowers and celebrate the coming of spring. The eating of rabbits and eggs is tied to this holiday, and many families use it as an excuse to host feasts. Bright colors are often worn or displayed. It is believed that rabbit's foot charms from the full-moon before this holiday are especially lucky among more superstitious locals, and the demand for them increases (conveniently around a rabbit-hunting holiday).

In a general way, canines celebrate the first birthday of their young. They cannot usually remember the exact date, but they get as close as they can. This centers around a celebration (and food), and members of the immediate family and very close friends will often present the youngster with gifts.

See NPCs > Board NPCs for more information about how you can roleplay with the characters from Portland.

After the humans died, the dogs in this area struggled to survive. Originally, there were many more than there are now, although like everywhere else, most of the small breeds died out. The remaining ones carved out areas within the city and slowly moved more west where the environment was more suitable for them to continue living. This slow shift caused many disputes between different families over their land claims, and several families tried to mediate and say they were in charge. Others disagreed, and some families kept themselves out of the main conflict altogether. In the end, three main families called a tense truce and continue to act as a way to solve arguments, but none will concede victory to the others.

During the time of power struggles, farms also popped up. By the time Luperci got started, the fields were in disarray and most of the horses had gone feral. They slowly learned how to work the land as best they could using books in libraries. Some also learned animal husbandry.

In the late 1990s, a wolf pack took up residence to the west, nearly starting a war because many of the dogs saw them as a threat to their well-being. Several small fights occurred, although in the end it became clear that the wolves had little interest in interrupting the dogs' way of life.

Sometime after the wolves settled in the area, other canines began passing through to head north to Portland, causing canines from Portland to head there as well. Portland never became a trade hub itself, and instead is a stop-over on the way north.

This changed dramatically in the spring of 2016, when the whole of Freetown found itself resettling in the Portland area. Though this was largely a peaceful process, tensions flared between various factions and families — not everyone was quite so keen on the arrival of so many newcomers (and not every transplant acknowledged earlier familial land-claims).