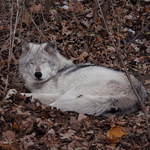 The Eastern Timber Wolf is a smaller North American subspecies. It has a shoulder height average of 26 to 32 inches (66 - 81 cm), and an average weight of 55 to 115 pounds (25 - 52 kg). The Eastern Wolf is built more slenderly than typical the Gray Wolf and displays an almost-coyote-like appearance.1

The Eastern Timber Wolf tends to have more brown and tawny colors than many other subspecies, tending to range closer toward brown than gray. pelt. The back and the sides are typically covered with long, black hairs. Reddish tints throughout their fur is also common. 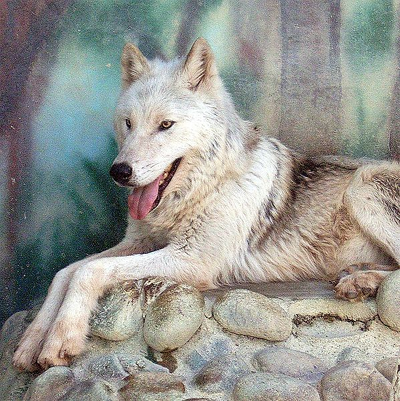 The Eastern Wolf was recently recognized as a potentially distinct species, but closely related to red wolf. Some authors disagree and the status as a distinct species is not official.2 It is sometimes referred to as canis lupus lycaon and sometimes canis lycaon.

In the past, this species might have ranged south into the United States, but after the arrival of Europeans, these wolves were heavily persecuted and became extirpated from the United States.2 These canines had been severely reduced in range and numbers as of 1988; when the humans died off, they reclaimed much of their original territory, competing fiercely with other subspecies. Though this population is smaller than many other wolf populations, they are thriving and rather strong.

Most of these wolves are Luperci; humanized lifestyles have even begun cropping up in the extreme eastern ends of their range, spreading slowly westward. Feral populations are still quite common, and they are at a stage just behind 'Souls in terms of humanization.