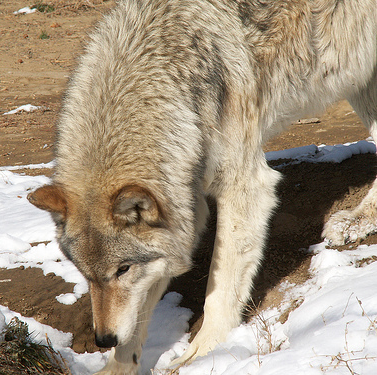 The British Columbian Wolf is one of the larger subspecies in North America, weighing between 80 - 150 pounds (36 - 68 kg). It has an average of 60 - 70 inches (152 - 177 cm) in length, including the tail. It has similarities to both the Interior Alaskan Wolf and the Mackenzie Valley Wolf, though it usually measures smaller than both. 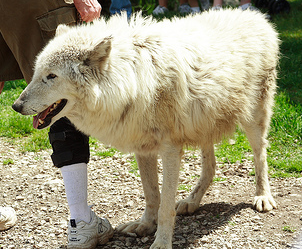 There is conflicting information as to whether or not this subspecies is extinct. Numerous sources report it as extinct, whereas numerous sources report it as still alive, albeit critically endangered. For purposes of this game, one can assume that in 1988 there was still a stable enough population of British Columbian Wolves to prevent their extinction after humanity's demise.

Most British Columbian wolves are Luperci; they prefer feral lifestyles, though they may shift throughout their lives. Humanized living is rare in these populations.