Tundra regions along the Arctic coast of northern Alaska. 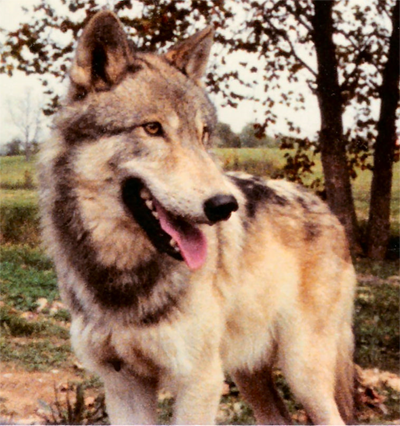 The Alaskan Tundra Wolf is a large subspecies, measuring an average of 50 to 64 inches (127 - 163 cm) in length (nose to end of tail). The average weight is from 85 to 160 pounds (38.5 - 72 kg) in this subspecies, making it one of the larger subspecies. They are generally differentiated from the Interior Alaskan Wolf by their larger teeth and jaw. Although white and light coloration is most common in this subspecies, they may come in darker colors, including black. Their coat is typically long, helping to accommodate for their extreme home range.

Some believe that it is just an extension of the Interior Alaskan Wolf, while others think it is the same as the Mackenzie Valley Wolf. The Alaskan Tundra Wolf shares many characteristics with both. 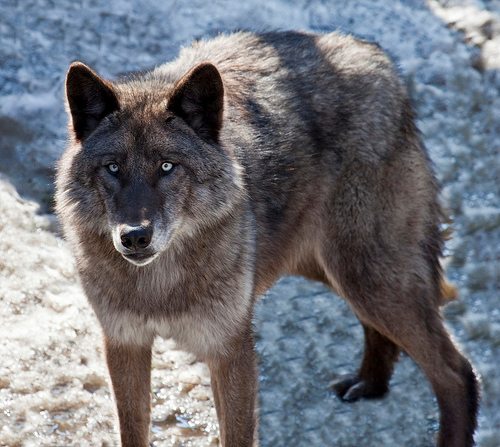 These wolves were not in true danger prior to 1988; they nonetheless expanded their territory just slightly and increased in number following the extinction of humanity, as they were still hunted both legally and illegally.

These wolves are likely to have some Luperci populations, although due to the isolation and extremity of their home range, non-Luperci populations are just as likely. However, even if Lupercism was to become dominant within these wolves, the lack of human influence on their territory could greatly delay the Alaskan Tundra Wolf's ability to adapt human technology and lifestyles.