Ingvildr Knight is a young woman from New Caledonia, where she is currently ranked as a Page.

The daughter of Thyri Dawnbringer and Merlin Knight, Inga and her sister, Sólveig Dawnrunner, were nursed by Teagan Stryder following the untimely death of her mother and another sibling. Despite her losses, Inga has grown up with a number of family members, including aunts Kalypso Savoy and Gaia Dawnrunner, a milk sister, and an abundance of cousins.

Ingvildr has, so far, had a reasonably sheltered upbringing. She never really knew her mother, and so whilst the unhappy emotions that surrounded her birth must have been present to her as a young pup, she would not have been aware of what was happening. Her aunts and milk mother stepped in and provided female support during her early childhood, and her father was lovingly devoted, trying to make up for the absence of his wife. As such, Ingvildr has developed a strong sense of family loyalty and devotion.

Ingvildr developed a close relationship with her sister Sólveig and further developed a broad range of friendship building skills due to the presence of many cousins and her milk sister Naomi Stryder. Keen to please her father, Ingvildr developed good manners and took up his favoured skill, archery. She has proven herself to have natural talent and enthusiasm for her weapon of choice. Furthermore, she quickly developed a love of the outdoors and physical activity although her activity of choice changes from time to time.

She’s independent, and liable to wander and explore without considering the consequences. Whilst she has a theoretical understanding of danger, this is not a practical understanding, and she has not yet learnt her limits or where she should place her boundaries. When Ingvildr has something on her mind, an idea or enthusiasm, it is often all consuming and draws her complete focus. She’s capable of forgetting all else when her mind is fixated on a goal and this can on occasion get her into trouble. These periods of obsession are frequently followed by periods of complete disinterest as she moves onto the next exciting thing.

Her facial expression is considerably more guarded than her sibling’s, and she is more reluctant to express her feelings openly, especially to strangers. She’s not yet been inclined to think about romantic relationships and would be cautious in the initial approach (as her aunt Kalypso advised her), although when it happens, she may fall in love intensely and without considering the consequences.

Ingvildr was born on the 12th of February alongside sisters Sólveig Dawnrunner and Rúna Stormbringer to parents Thyri Dawnbringer and Merlin Knight of the New Caledonia pack. Sadly, Rúna passed away six days after their birth, followed soon after by Thyri, which devastated Merlin who had to enlisted Teagan Stryder to nurse his baby daughters.

As she grew older, into a strong and athletic somewhat boisterous pup, Ingvildr developed close relationships with her sister Sólveig, her milk sister Naomi Stryder and spent much time with her father who was a devoted parent. Additionally, she benefitted from the love and attention of her aunts, Kalypso Savoy and Gaia Dawnrunner. Kalypso in particular has provided a maternal influence in Ingvildr’s childhood.

From a young age, Merlin instilled in Ingvildr the importance of being polite and respectful to her elders and seniors within the pack. She has been taught stories of her mother’s gods by her father and she has come into contact with the New Caledonian gods through pack members. In August, shortly before her sister, she had her first shift.

Since this point, she has spent considerable time improving her archery skills, coached by her father, learning some basic woodwork and improving her horsemanship. 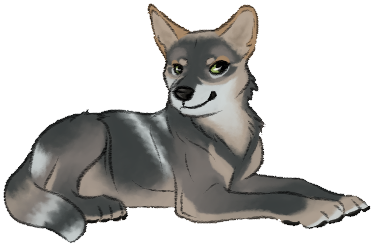 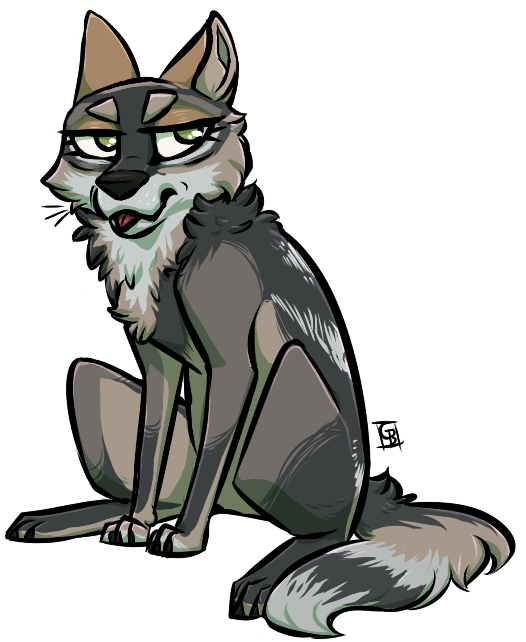 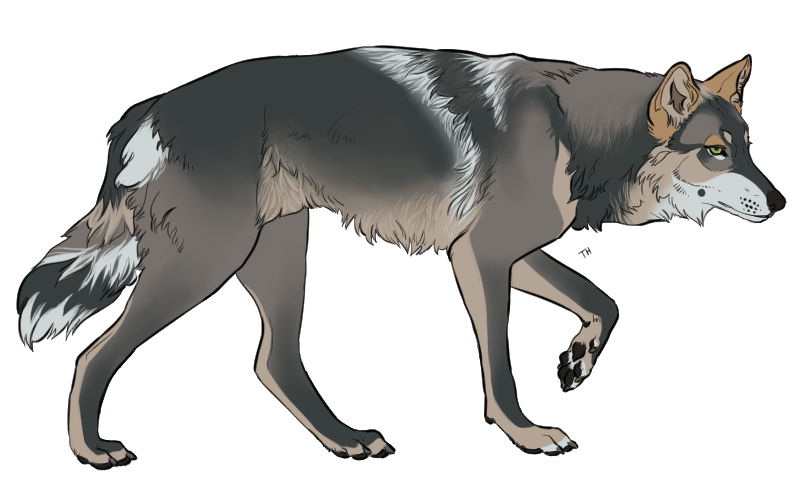 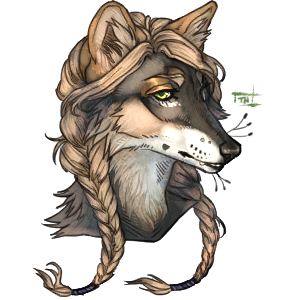 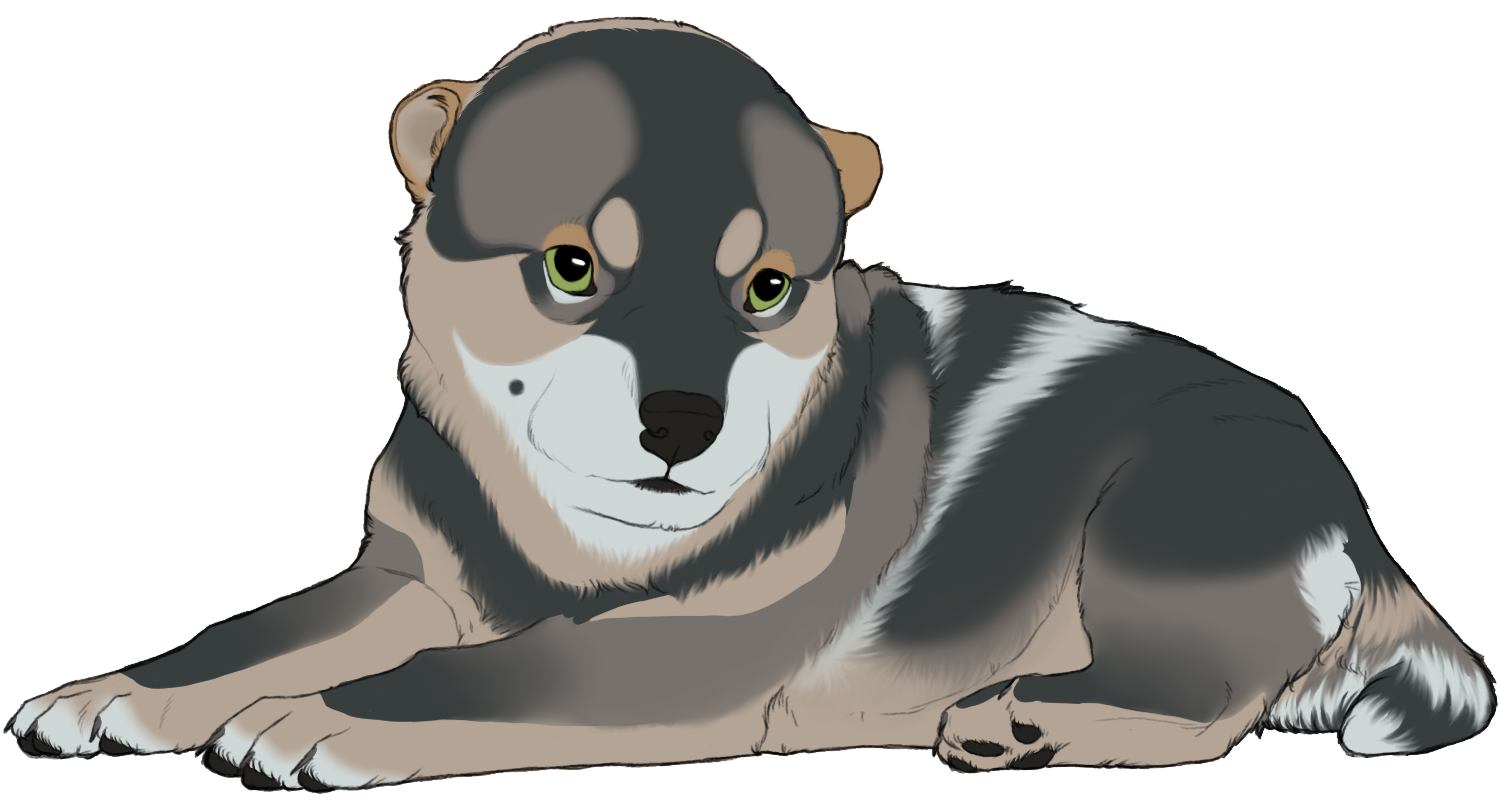 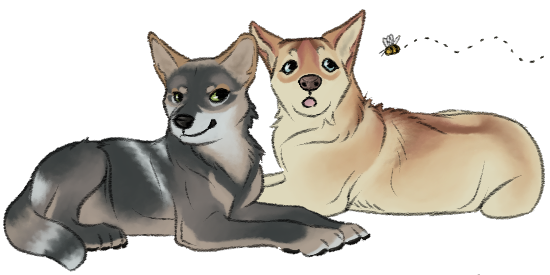 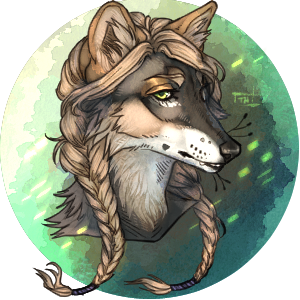 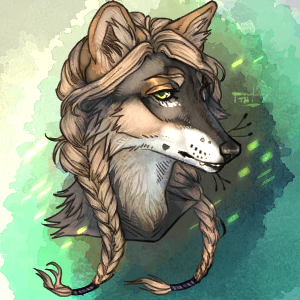 Ingvildr was adopted from Mandi.