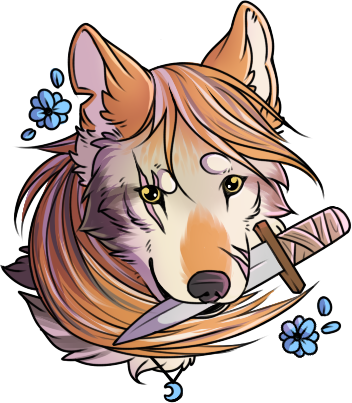 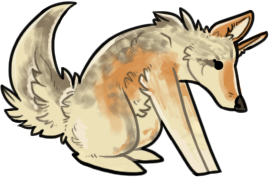 Once shy and demure, getting captured for slavery in late 2016 (along with her brother) has caused Elizabeth to come out of her shell. Having to fight to escape and return to 'Souls, she's now more confident than before, and possesses fighting skills that belie her sweet, feminine nature.

Elizabeth Collins is the daughter of Skye Collins and Jazper Rhiannon-Knight, born in Cercatori d'Arte on September 8th. Elizabeth is a founding member of Midnight Shores.

In mid-November 2016, she was part of a group that escorted a deceased Jazper Rhiannon-Knight's remains to his home-pack of Casa di Cavalieri. She, and the others of her group, mysteriously disappeared on their return trip to Midnight Shores - in reality, they were captured by a large group of slavers and separated. Lack of evidence of their whereabouts or what happened to them eventually led to the pack's disbandment in December of 2016. [1]

After escaping the slavers with her brother, Elizabeth has ended up back in 'Souls - but with no Midnight Shores to return home to.