Cercatori d'Arte was a pack located on the west coast of Ethereal Eclipse, laying claim to the western part of Overgrowth Sunrise and Berwick? as well as the entirety of Flanders Fields and Clements Park.

Cercatori d'Arte was a pack originally founded for creators and lovers of art. However, as time grew on, its focus broadened to include various different types of canines, such as traders, gypsies, merchants, diplomats, and performers as well as artists, and the pack itself began to hone in on diplomacy and trading more than art, although art and beauty are still important aspects of the pack. D'Arte was also home to the Trader's Guild, a secretive guild within d'Arte that few know about, even within the pack.

On November 5, the pack disbanded due to its bloody history overwhelming the good memories of the pack, and strove to create a new pack, Midnight Shores.

Cercatori d'Arte was founded by leaders Shawchert Menue and Skye Collins on 27 October 2010, accompanied by fellow founders Lucia Marino, Ouija D'Angelo, and Orin Takekuro. Although it began as a pack fixated on the arts, it has since appeared to become focused on trading, craftsmanship, and maintaining good relations with other packs but has similarly adopted subtle, darker tactics to maintain its privacy and security as a whole.

On the surface, d'Arte's main focuses are clear - to establish bonds with the other packs around it through diplomacy and trading, as well as creating and spreading art through the land. D'Arte's borders are highly decorated, from the various, smaller painted trees to the enormous Border Tree in the forefront of the pack. Enemies beware, however - hanging caltrops, pitfall traps, and sections of barbed wire also line the borders of Cercatori d'Arte, making it a hazard to any trespassers who dare enter.

Cecatori d'Arte celebrates and values beauty in all it's forms. Whether it's a painting, a song, a poem, or even simply a beautiful sunrise, the d'Arte members appreciate it and embrace it in their lives. This can be seen throughout the pack in all forms, and the pack will frequently throw parties and bonfires to celebrate art and their lives. Hard work is also highly valued in d'Arte, whether it be working through labor, trading, painting, or guarding the pack. Invention and new ideas are valued, and new ways of doing things are never discouraged in the pack.

However, the pack is far from a pack of pushovers. Within d'Arte lies the Trader's Guild, which has dedicated itself to the likes of assassins, spies, and other darker professions in order to protect the pack at all costs. Within Cercatori d'Arte's creative and fun-loving exterior lies a fierce and formidable group of canines, determined to protect their own no matter what.

These are the pack NPCs, available for any d'Artisan to use. If you'd like to know more, please check out our NPC Directory! 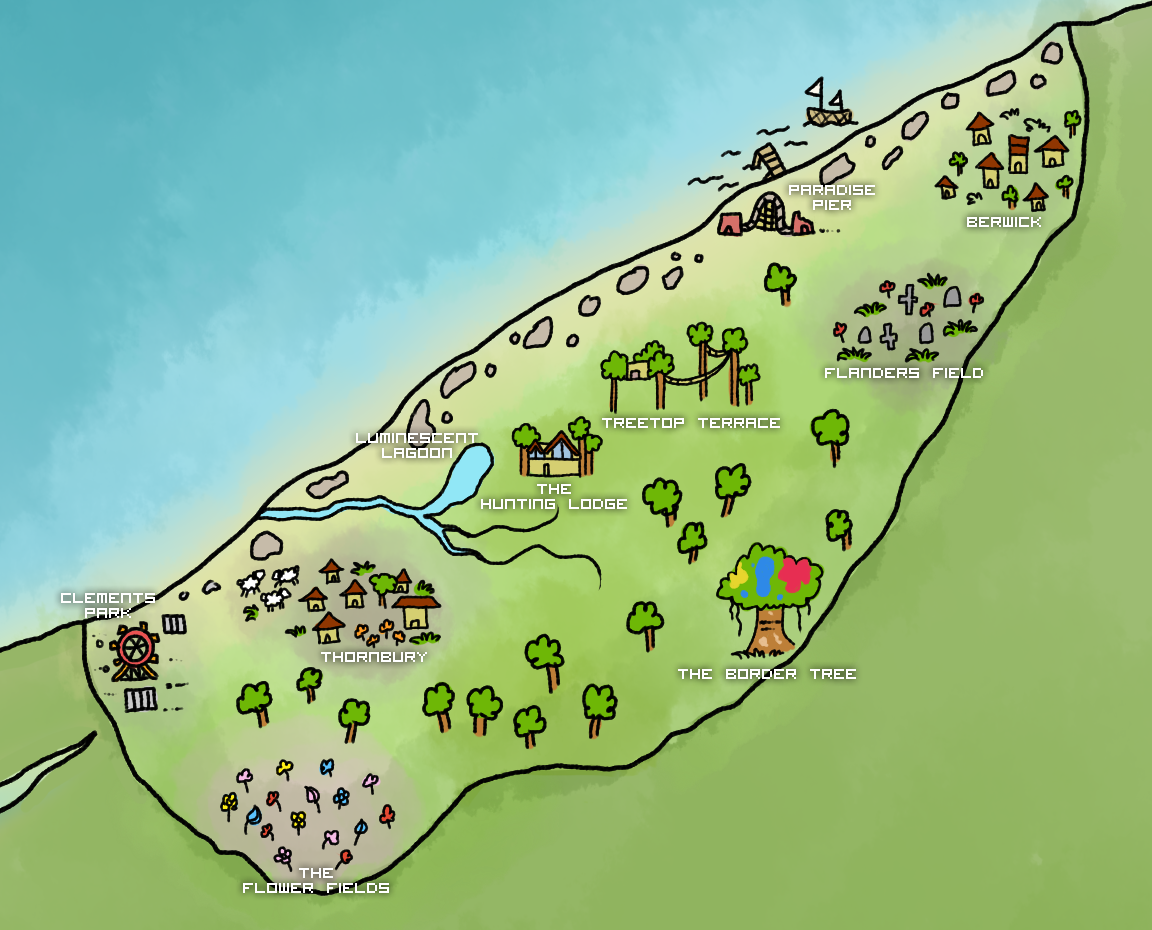 Cercatori d'Arte lays claim to a long stretch of territory in Ethereal Eclipse, filled with stretches of dense forests, rolling fields, and rocky beaches. The territory is surrounded by bright and colorfully painted trees, belying the nature of the various pitfall traps and barbed wire fencing sectioned around the borders, deterring trespassers.

In the forefront of the pack, there stands out an enormous tree, decorated with ornate and colorful art by d'Arte's own members - and in the center, carved with sweeping letters, spells out "Cercatori d'Arte", a reminder of what the pack stands for.