Thornbury was a small, pleasant town that is overgrown by bushes trees and grass. Its name isn't because it's covered in thorns - though there are thorny bushes - but because nature refuses to let go of this town. Though it's covered in foliage, it still holds treasures unknown in the houses thickly covered in vines and bushes. Since the disbandment of Cercatori d'Arte, it lies abandoned, slowly being reclaimed by nature. 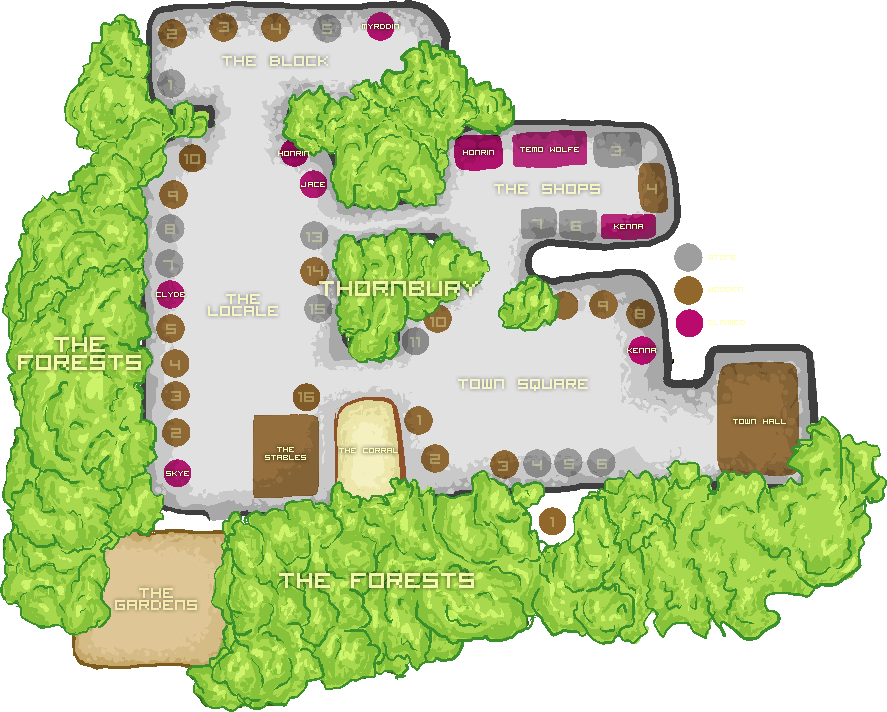 A map of Thornbury by Sunny

First discovered by Skye Collins and Shawchert Menue, this town is now the central hub of the pack Cercatori d'Arte.