Kalypso Savoy is the only daughter of Silvano Sadira and Mara Savoy, and is the result of a tumultuous, clandestine affair that came to a halt following the resolution of an intrapack war between Cour des Miracles and Inferni.

Unwittingly conceived in Cour des Miracles, she was born alongside her brother Leander Sadira in Freetown following his mother's departure, and the group — mother, lover, son, and daughter — were quick to make their way to Barbados and later the Virgin Islands when the pups were old enough to eat solid food. Much of the children's youth was spent traveling aboard ships, and Kalypso took to it like a fish to water. Interested in the running of a shipping line, Kalypso spent much of her time aboard them shadowing the captain, her mother.

Quick on the uptake, Kalypso is a vivacious young woman with all her mother's tenacity and the combined intelligence of her two parents. She is a people person, a people pleaser, and very capable of manipulating situations to her own needs. While her mother may have spied and used information to her advantage, Kalypso is better suited to cajoling people with sweet talk, flattery, and sometimes even bribery.

In the summer of 2017 she journeyed from Windward Isle to Portland and met her father's group of travelers, informing him of her identity and borderline blackmailing him to take her with them. While her father's identity was not revealed at the time, Kalypso was welcomed as the daughter of the former Ambassador Spy. She soared through the ranks on ambition, but nearly found her goals derailed by the L'hiver de l'Or Terni when Mistral attempted to take the crown her ancestor had formed. After dethroning the usurper, she herself claimed the throne of the Court and announced her heritage as Silvano's daughter. It caused splinters in her family and tarnished her father's image before his death a few months after. Part of her family remains displeased with her and her reveal.

During her reign, she conceives her children, Eulalie, Isadore, and Athalie, after a drunken night with Chaska the Burned. While she kept the pregnancy, she did not publicly acknowledge him as the father, which he did not contest. They were raised without knowing their father and Chaska remained unnamed, even after his death.

All of her past came to a head after the first year of her reign when La Marea arrived to haunt her and Paloma Rovira, causing mayhem and destruction in the Court. After her children are threatened, Kalypso breaks down but rallies enough to end the threat. The Court, however, had been emptied of noncombatants and dissolved shortly thereafter, leaving her a failed Queen with no kingdom. She and those that remained founded the Petite Cour to settle in the new housing area she had diligently worked to build during her tenure.

However, more and more misfortune and bad luck led Kalypso to look elsewhere. At the end of fall 2019, she took her children and went with Thyri to New Caledonia to escape the supposedly tarnished land that had once been a bustling realm. There, she returned from her funk and began to rise through the ranks, joined by friends from the Petite Cour. In the spring of 2020, she struck up a volatile relationship with Toraberā Tanaka, resulting in the birth of a litter of six children.

A female cat that once followed Silvano and later Alessan. Myra is the daughter of Wilson and Muddy. She is often found near Kaly or, more frequently, her children.

You may assume the following without discussion/asking: If one was to see Kalypso now, they would see a very confident, sharply dressed woman with a penchant for shiny jewelry and sparkling gems. Raised by a trader mother, she found an appreciation for the beautiful things in life and is very interested in presenting a beautiful picture to the rest of the world. She does not mind scars but she finds herself disliking dishevelment. Her clothes are rarely dirtied, unless for a dirtying purpose.

After the events with La Marea, her hair was cropped to chin-length and kept short to prevent an easy grabbing point. Shortly after joining New Caledonia, she began to grow out her hair again and it is now often shoulder blade length. 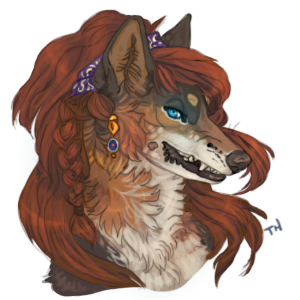 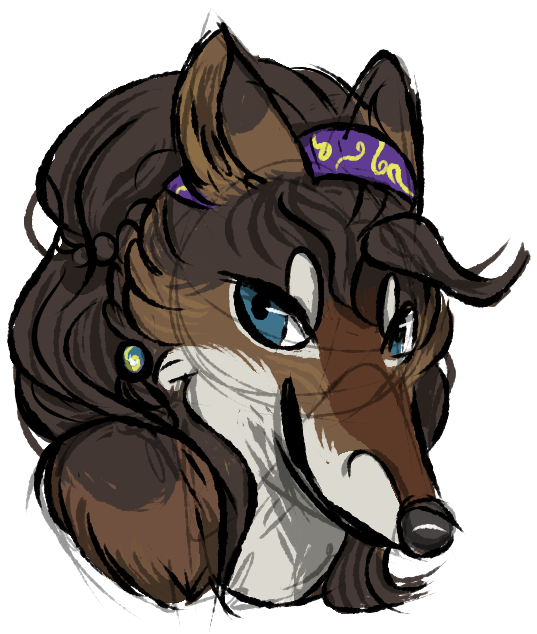