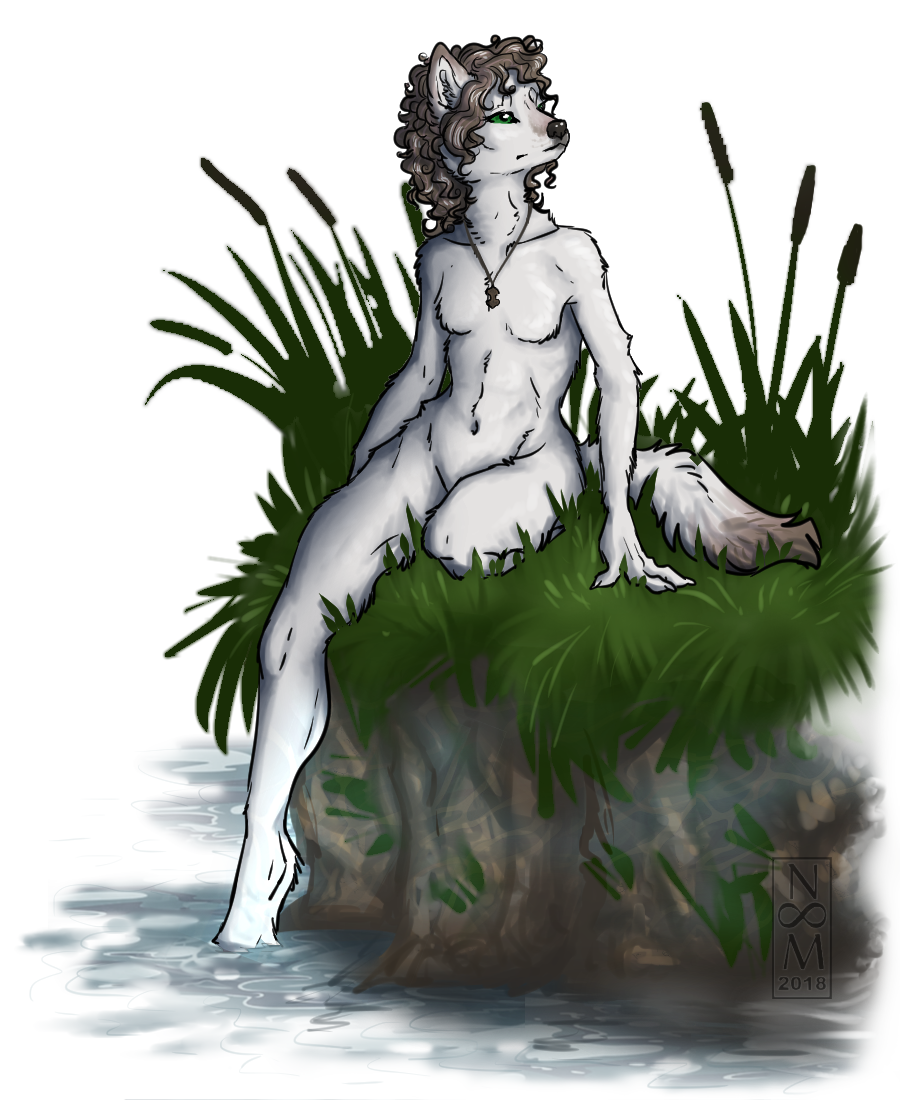 Abigail Sadira is the firstborn daughter of Shiloh Dawnbringer and Silvano Sadira. She was raised in Vinátta among her mother's family but decided to join her father's pack, Cour des Miracles, when she felt that her father's family needed a feminine touch.

After some floundering and wheel spinning, in 2016 Abigail began to work her way up the Court's Domestic ranks. She currently holds the rank of Grand-Duchessa and helps Silvano Sadira with some of the running of the Court. She has been delighted to see most of her siblings join the pack, and just as delighted to fall in love with Kira Raine of Casa di Cavalieri.

She was less delighted to discover that Kalypso Savoy is her half-sister, a revelation in the Winter of 2017/18 which caused Abigail to question many aspects of her life and her devotion to her family.

I Am Not My Father,Action Girl, Badass Princess, Plucky Girl

Once a breezy and naive Daddy's girl, particularly as a teenager, Abigail has grown into a more serious and caring adult. She spent a good portion of her life being devoted to her pack and to bringing her family together. With that (mostly) achieved and with her own family started in late 2017, she set her sights on making her parents proud, especially her beloved Father - but L'Hiver De l'Or Terni took its toll on her kind, sweet personality. While her sweetness remains intact for all intents and purposes, Abigail has developed a level of coldness towards those who might harm or betray her younger sisters or her children.

In late June, the Ironside Coalition targeted Vinátta. The puppies were stolen as leverage against the pack. Thankfully, their time in captivity was short, and they were returned to their mother -- though Shiloh was clearly affected by the conflict and became overly protective. She kept her children close as she raised them, with their father often visiting.

However, children yearn for adventure -- and Abigail was no exception, traveling (accompanied by Axle and Grit) to her father's pack of Cour des Miracles. Here she discovered her family's secret, learning that she had two half-brothers in the Court and that Silvano was unfaithful to their mother. Upset by the thought of a broken family, she never quite shakes off her sadness when she returns home. In March, Abigail makes the decision to join Cour des Miracles.

Abigail has since settled in her father's pack, growing close to Silvano and her brother Pascal while making new friends and staying touch with her family in the north. In late 2016, after some indecision, she entered the Domestic ranks.