Mistral comes back from parts unknown, returning to her grandfather's kingdom with the desire to reclaim the throne for her bloodline. Kidnapping a child, she prompts the abduction of the King and his capture brings her to declaring her claim before the entirety of the pack.

Bred by her mother into thinking their family alone could rule over Cour des Miracles, Mistral de l'Or first joined the pack very young in 2014, following a long string of scarring events. The granddaughter of founder and first King Jacquez Trouillefou, she had spent her time observing King Silvano Sadira's decisions and rule over her family's kingdom, often loudly and selfishly rejecting of his authority yet begrudgingly allowed stay within the pack. Defensive, selfish, and entitled as a result of the trauma she witnessed as a child, Mistral was prone for lashing out against those she did not like, particularly those close to Silvano as well as the King himself.

In mid-2014, after learning poisons from Mara Savoy and what they were capable of, Mistral lashed out against the King himself; unfortunately, the poison she left for him was drank by his mate, Shiloh Dawnbringer, pregnant visiting from Vinatta at the time. Unbeknownst to them all, Mistral's poison had disastrous results on Shiloh and Silvano's children: Sága was killed, and both Myrkr Stormbringer and Thyri Dawnbringer were born with long-lasting effects. Mistral, meanwhile, knew only that her poison against Silvano had failed.

Made wary by this failure, Mistral spent the next year quiet and unobtrusive as a member, until her quiet leave in late 2016 without fanfare. Disgusted still by Silvano's reign and utterly obsessed to fight for the throne she felt she deserved, Mistral stalked the outer pack territory for well over a year. Stress and irritation made her increasingly irrational, and she continued to lash out when and where provoked (such as against Saffron Reverie, similarly poisoned and killed in the late winter of 2016). She and Achilles Kokinos, a guardian-made-ally during her stay in Cour des Miracles, moved methodically throughout the Nova Scotian peninsula.

In mid-2017, Mistral and Achilles ran into a small group led by a man called Chaska the Burned while in Halifax. Less mercenaries and more a group down on their luck, the band was swayed by Mistral into helping her regain the throne at the kingdom due south. Convinced the kingdom had been wrongly taken from her, and that it was ruled by a tyrant driving it into the ground, the band agreed to help her in exchange for positions of luxury and esteem once the pack was won -- after all, the majority of the band wanted nothing more than to settle down and start a family.

By late December, Mistral had laid out her plan in full. With her small group ready, she made her first move. 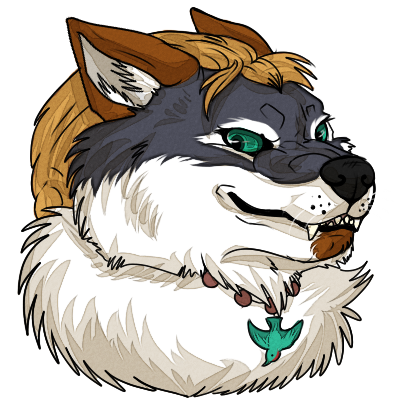 As the four-year old granddaughter of Jacquez Trouillefou, the first King of Cour des Miracles, Mistral is a rightful heiress to the throne of the Court, and considers the ongoing reign by Sadira family members to be corruption to her bloodline's kingdom. Spiteful and narcissistic, Mistral rarely bloodies her own hands yet will stop at nothing to take her place as rightful ruler to Cour des Miracles. See Wiki page for full information.

NOTE: Mercenaries are tNPCs and can be used for up to 3 independent threads each by Cour des Miracles players for their own threads. If you would like to use a tNPC for a thread, please PM the Cour des Miracles account (so we can keep count of how many threads each has)! Please do not use a tNPC without getting permission first. We encourage players to RP with tNPCs for this plot! Ideas for using each tNPC have been included below.

Born into slavery, Piper spent most of her first few years of life traded from master to master, barely conscious that a life was possible beyond her station. A large-scale uprising of slaves in her latest community resulted in a massive bloodbath, in which both criminal and innocent lives were taken, and as a participant Piper realized she hadn't the normal capacity for emotions she should. Confused and afraid during her first few days of freedom, Piper met up with Chaska in western Canada and began to follow him if only to avoid complete and foreign independence. She became what was the first of a growing group of mercenaries, and her relentlessly pragmatic and serious nature earned her a place as his second-in-command. Piper has seen many come and go from Chaska's band, including Silex, whom she slowly opened up to and bore a child, Callista. Piper relates strongly to Mistral in that she believes after her time in slavery, she is owed a place in high position and comfort whether in the Court or somewhere else.

A runaway in his youth turned career mercenary, Silex has fought for every bit of fortune he has ever gained. A calm, solitary type, Silex follows the orders he is given to the word -- after all, this usually means he makes more money. Silex is not a bad man, but the prospect to settle down with a measure of wealth and provide stability for his family (Piper and Callista) is all the motivation he needs to keep Silex under Mistral's every command. He isn't without morals or humor, but it takes a bit of shake-up for his rather serious and professional demeanor to slip. Silex trusts few, whether friend or foe; more than once he has suffered a betrayal and watched friends and comrades fall.

Treska of Bridges (or Shanna Dawes, or Cassidy of the Marsh, or Finn the Cheat, or...) is her latest alias, although the band has never known her by any other. Treska is a reckless, impulsive sort. She drinks, she gambles, she starts fights, she sets fires, she breaks the things of people who have wronged her. It goes without saying why Treska has gone by so many names, but exactly what set her on this road to destruction isn't clear. Along the way, she has picked up a variety of odd trades to survive, such as a touch of first aid, ranged combat, diplomacy, and more. An exile from her birthpack, Treska and Mistral make a horrible combination of spite, entitlement and impulsiveness.

Callista, or Calli, is the young daughter of Piper and Silex, and an apprentice to Chaska in the bow and arrow. In a way, Callista represents their small band of mercenaries as she was born after their union, and raised more or less by all members. Well-mannered, honorable and kind, Callista's intuition isn't sure she should support the cause of her parents, but convincing by way of Mistral and Chaska that the ends justify the means has kept her quiet. Calli serves as the group's lead scout and spy, and avoids violent conflict as she isn't trained enough to fight yet. Calli is sweet and pure. SWEET AND PURE! The longtime unwilling-companion-turned-bodyguard for Mistral, Achilles is a somewhat grumpy man who prefers to be left alone. He met Mistral when she was a child trying to steal from him, and out of pity played a hand in keeping her alive as she grew. Tends to prefer a hands-off approach until directed otherwise. His latest contacts have rumored his long-lost sister to be frequenting the Cour des Miracles area, leading to his willing participation in Mistral's war to find her. Achilles generally does not leave Mistral's side. See Wiki page for more information. 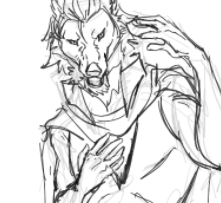 Ciprian can easily be anything that you want him to be. In some situations he is an affluent merchant, and in others little more than a street beggar fishing for information. In the outskirts of Onuba he spent time cultivating relationships and became a go-to when someone required something unsavory. When Odalis Amaranthe travelled to Nova Scotia he arranged for a horse to be sent with her - but when the ship sailed it was revealed that he had taken all of her gold and given her a nag (a crappy horse). Ciprian is one of Chaska's newer recruits, and not quite as interwoven in the group as the others. He is, quite clearly, the odd one out, and even the other mercenaries find him kind of creepy.