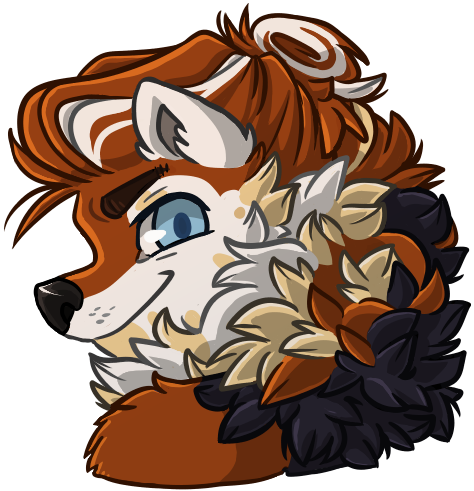 Florian Aatte is the son of Linden Aatte and Mistral de l'Or, born in Cour des Miracles to the usurper Queen during l'Hiver de l'Or Terni. His mother publicly executed and father exiled from the Court in the days following his birth, the infant Florian was taken with his twin brother Bennett de l'Or by their father to Mistfell Vale, where Florian was raised. Flaky, lazy, and with his head in the clouds, Florian never made a name for himself within the Vale and staked out on his own in April of 2019.

Florian and his older brother Bennett were born in a cold, dim prison cell in early February of 2018 to during the short reign of Queen Mistral de l'Or over Cour des Miracles, of which she forcefully usurped the throne during her earliest weeks of pregnancy. Following a party to celebrate the Queen's soon-to-be-born children, Mistral was tricked and instead incarcerated, along with Linden as her ward, and the delivery occurred suddenly due to stress and trauma. Within days of his birth his mother was publicly executed and father exiled. His father fled to Mistfell Vale with his infant sons, where the boys were raised; Bennett made a name for himself while Florian did not care to, instead more or less bumming off his family because he was too pretty to work. Obviously. Exhausted by Mistfell Vale life, Florian staked out on his own in April 2019.