Veri was born of Solomon Secanti and Iona. Currently she is a member of Casa di Cavalieri ranked not only as a member of the elite Brotherhood, but the Council in which makes sure Casa runs smoothly. Veri carries herself comfortably, her submissive/dominant posture varies on which canines she's around, but most of the time she's neutral unless one of the other is demanded of her. Her stance is straighter, more human-like, although her mane remains free and unbraided or otherwise tampered with. Her sapphire like eyes express many emotions that might be hidden from her face, her bane sometimes. Her fur is mostly a slightly dark cream with a dark underside and light grey points along her digits, ears, and tail.

The Tundra Wolf brings in a dense soft fur that keeps out the cold an gives her a slightly rougher appearance in her Lupus and Secui forms than her fairer Tibetian and Arabian Wolf blood might. However her color, her delicate ears, slender muzzle and small stature come from those genes.

Credit from left to right: Ariel, Nat (for coloring) and RuneDraconis (for lines), Lin, and Nat 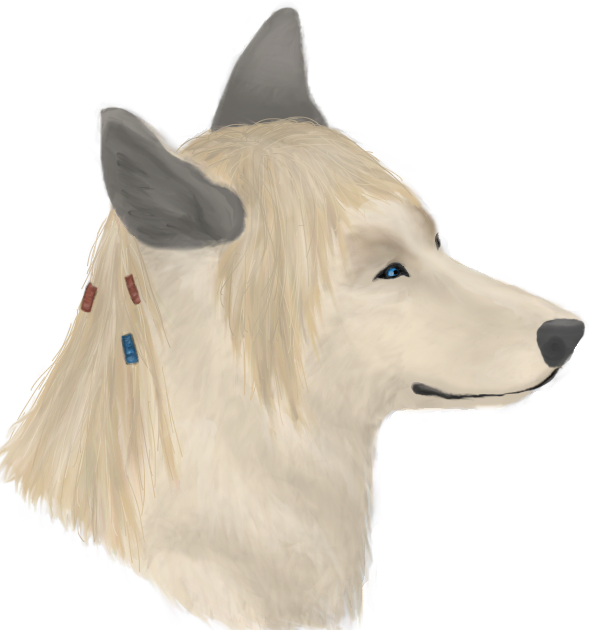 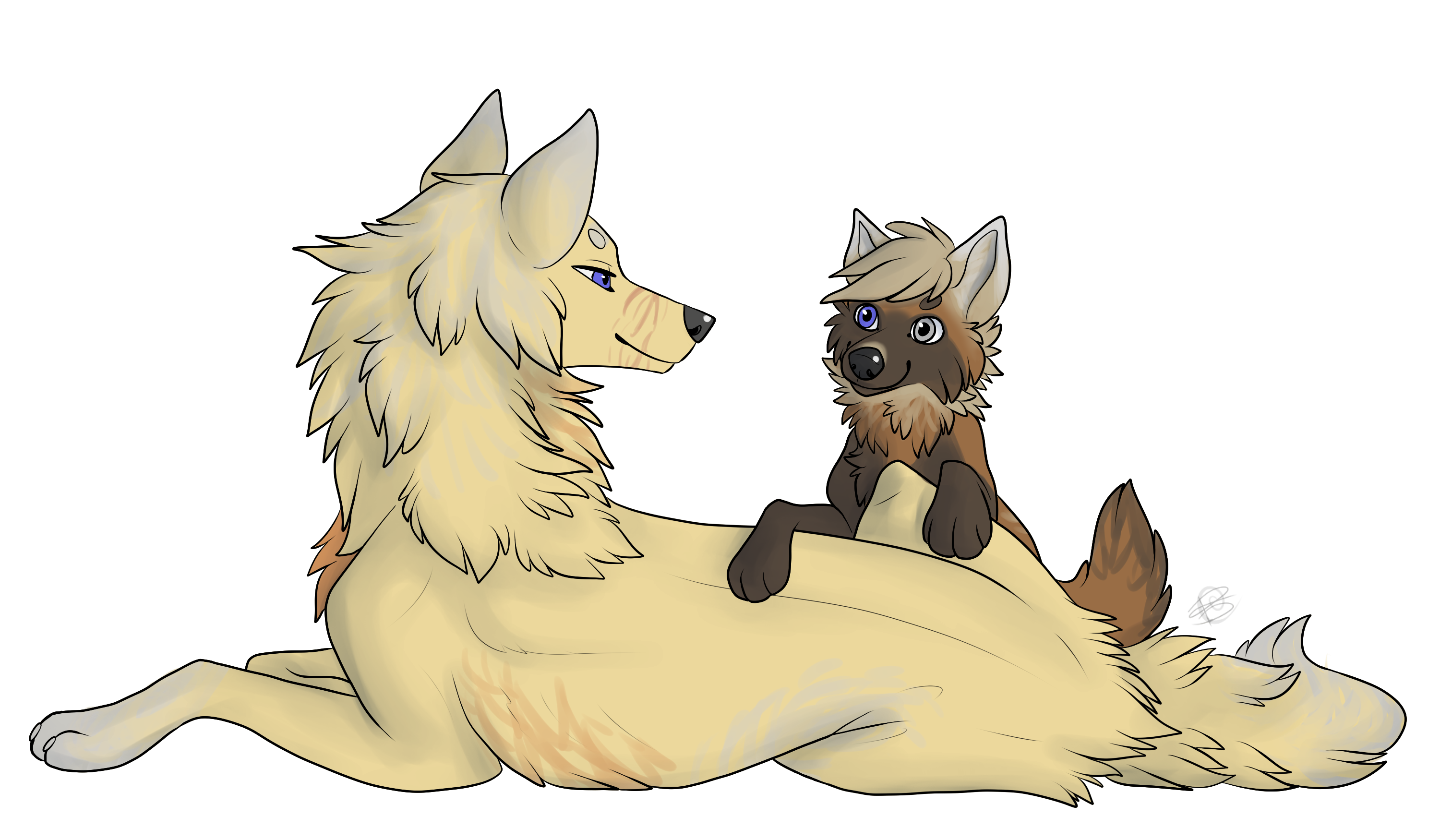 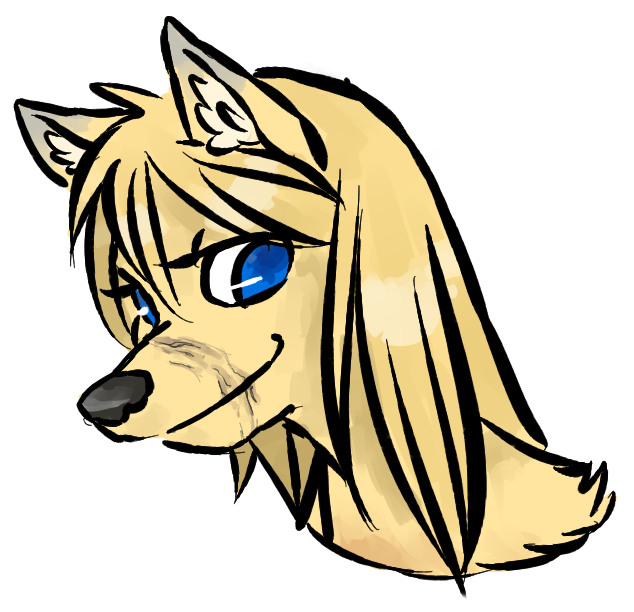 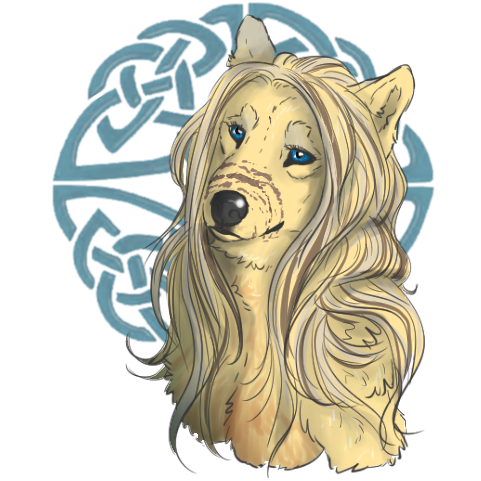 Veri was originally quiet, docile, meek, and submissive, although very attentive, a listener rather than a speaker. This was the wolf her father molded her to be. Since joining Casa di Cavalieri her confidence in herself has lifted and she will no longer shrink away from any canine that comes close. Maybe if they are an exceptionally large male, but her tail no longer cowers at the sight of such a man. Her ways are peaceful, however she is now a warrior in a pack of warriors, still with the heart of a healer. She won't let herself be bullied or put down, nor others she sees getting the same. Respect is always given to those who are above her or have earned it. Once a higher rank is hers she'll pride herself in going toe to toe with her leaders if necessary, however she'll never be belligerent. She's still a listener despite her more outspoken habits. If her side is wrong she'll back down and support her superiors, and if not...we'll see what happens if it does.

Since having children of her own she's grown comfortable around them. Elders are respected. Those who think they are entitled will perhaps see a little of the temper that lies in wait beneath the surface.

Veri isn't a big trader but if another member of her pack wants something she has (except for her horse, she won't trade Seeker), then she might be willing to accept in return for something of an equal value.

Veri was born in 'Souls but taken away from her mother by her father when she was very young. He used her for labor while she grew, but also enjoyed tormenting her in other ways, which she has a few scars from, mostly on her back, chest, paws, and muzzle. On top of labor and the occasional beating, her father taught her to fight with a sword, staff, dagger, and hand to hand, as well as some moderate martial arts, but never anything too heavy. Muscle built up in her frame, making her just a tad frightening if she changed to her Secui form. However, that just made her beatings worse to make sure she wouldn't try to jump on her father and run. But realistically, she couldn't leave him because she didn't think she had anywhere to go. That is, until her father captured another wolf. She didn't know for how long he was kept with them, but she was allowed a respite from her father's torments. However, instead of herself, they were directed at the male. It horrified her to see what was done to him, in some ways he was treated worse than she was. She tried to help him where she was able, give him morsels of food to boost his strength, a few more sips of water, even doctoring a few of his wounds a little so they didn't get infected. She was never sure how much he understood or remembered, but he did ask for her name, once. She gave it, and then he passed out cold. Eventually she learned his name from her father. Soon it actually became her job to care for him and make sure he didn't die before her father said he could. One night, he seemed strangely lucid, and, seemingly by accident, she left the door to his room open. The next morning, he was long gone. Her beating was severe that day, enough to where she couldn't move for a week, but her father didn't kill her, because he didn't suspect her of defying him and giving the male a way out. When she was well enough to move again, she decided she'd had enough and drugged her father so he'd sleep deeply all night. She took a black traveling cloak, a staff, a raptor sword, a jungle bowie knife, and a canteen of water, and left to search for the strange male. She'd known he was from 'Souls, so she headed there to start, knowing only his name. Rurik.

Since then she's found the dark furred male in the pack Casa di Cavalieri, and she's slowly healed from the damage her father has done, and she's helped Rurik too. She's made friends, moved up in rank, and grown to love her new home. She feels safe there.

More time has passed and Solomon has found her and Rurik. Her friend went out to attempt killing her father and nearly was killed himself in the process. In anger Veri confronted Solomon and ended up with Seeker as a gift when they parted. But the near death of Rurik was too much to let pass and she went after him. Her venture strung her out from Casa and upon returning home she must start over from the bottom and work her way up again. Her head is a little better on her shoulders now, but it doesn't help that the reason she'd returned, to be with Rurik, had left without a trace. Now she trains, she waits for Solomon to make a move, and she pines for her friend that means so much more to come back home safely.

During the flood of 2015 Veri found a young male pup next to the body of his mother that had given her life to keep the child alive. The Medico took the pup in as her own and raised him as best she could. After an encounter with Belial she became pregnant with her daughter Isobel. At this time is when Rurik returned home and their friendship/more than friendship speel started rolling again.