Farina vin Haki is the daughter of Colibri Haki and Toby, born in Vinátta's first litter between sisters Fiora vin Haki and Florina Soul. Farina is a guardian-class Araedi of Vinátta where she resided most of her life, and was a part of the Ironside Conflict.

Large, powerful and comparatively feral, Farina is a child of freedom guided by instinct and heart. Though bumbling at times and short-tempered at others she possesses a thoroughly genuine soul, deceptive in no way and honest (if not brutally so) in her exchanges. A hunter by trade but a warrior by choice Farina specializes in weaponless fighting, using her sheer size and power to her advantage. She spent a number of years as a personal guardian to the crippled Dagr Soul.

In late 2016, feeling as if she had grown distant from her loved ones at home and worried for her good friend Octavius, Farina left Vinátta to find him. She happily settled down at the Old Ironsides outpost belonging to Krokar with Octavius, serving his caretaker as his arthritis worsened and helping out around the outpost as needed. Untamed, free-spirited and mysterious, Farina is all of these things and more. She follows her heart instead of her head, whether it leads her down brighter or darker paths, no one would ever be able to tell. Though something of a gentle giant, she is the embodiment of neutrality: Farina is neither good nor evil and remains in areas of grey, but by no means is she cruel. She does not enjoy the unnecessary suffering of others, but sometimes that’s just the way it is. She has very low self-awareness, has a tendency to be aloof, and is generally short-tempered. Words, she believes, are a powerful weapon, and she refuses to let someone use words against her to their advantage. Words should not be wasted, and Farina she can be very quiet at times when she feels words are not required, though she is not unsociable.

Farina is very independent and prefers to do things by herself than with a team. She accepts help when she knows she needs it, but also likes to showcase her capabilities as an individual and loathes the thought of being completely powerless. She would never let anyone control her and avoids situations that may put her freedom at risk. She does not want power at this moment in time; she just wants to feel in control of her life and growth of self. 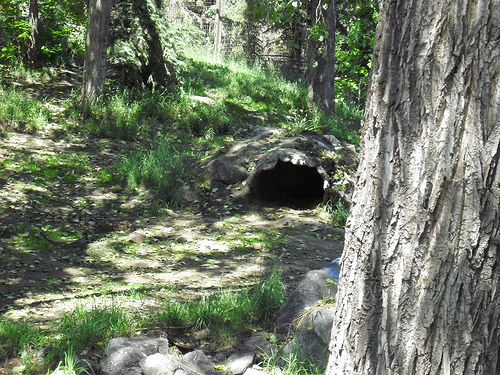 Farina has a small den dug into the side of a hill due north of Jordheim, insisting she feels too big for the manmade houses in the village. The dugout has little extravagance, a stream nearby, and space out front enough to train or do a little stonework. She presently shares the space with her little sister, Florina Soul, though it is not often the two are home at the same time. It is not uncommon to hear them arguing over something petty.