Auger is a coyote/dog mix who most resembles his dog heritage. He could be described as a cowboy, having been raised around horses, taught to take care of them from an early age, learning to do age-appropriate tasks as he grew. While on the trail, he met Notch by rescuing him from a robbery, and the two have been inseparable ever since, spending most of their lives alternating between travel and staying in Portland. Together they struck out for 'Souls after hearing of the packs there from one of Auger's family friends. They became part of the Drygrass Posse, which eventually formed Del Cenere Gang.

Auger and Notch adopted a coyote-mix puppy named Dynia in 2021, and in February 2022, they left the pack and headed to Portland where Auger's family is from.

Currently, Auger lives with Notch and Dynia in Portland. 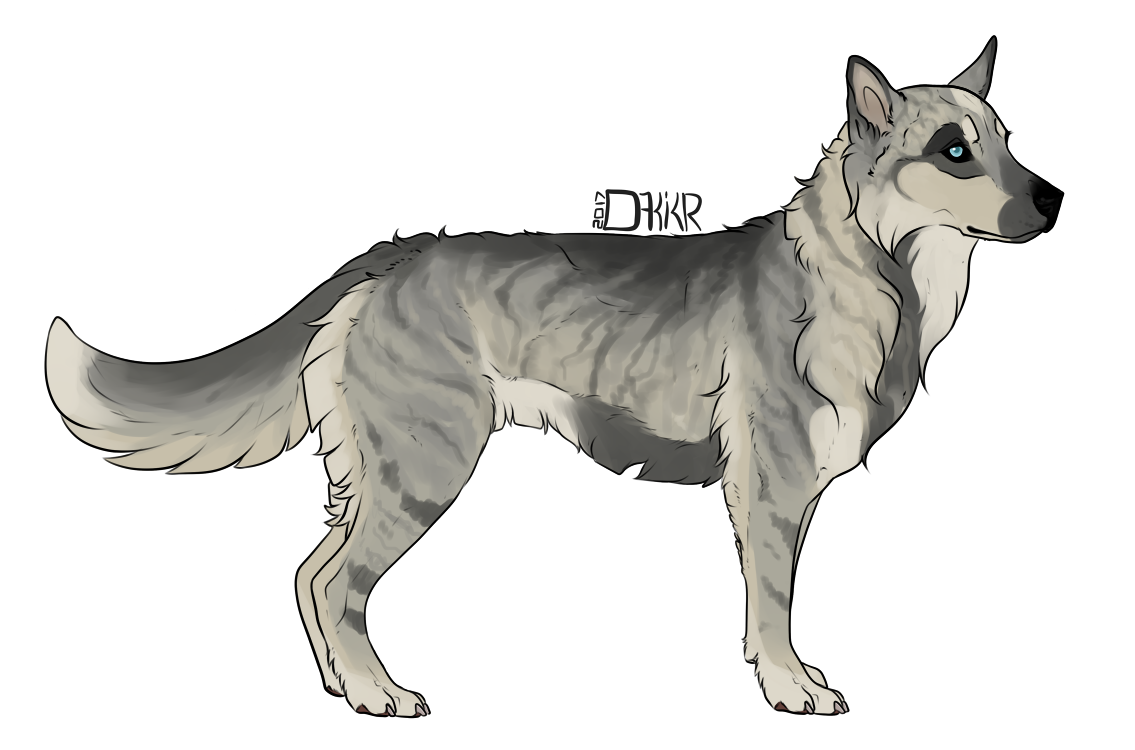 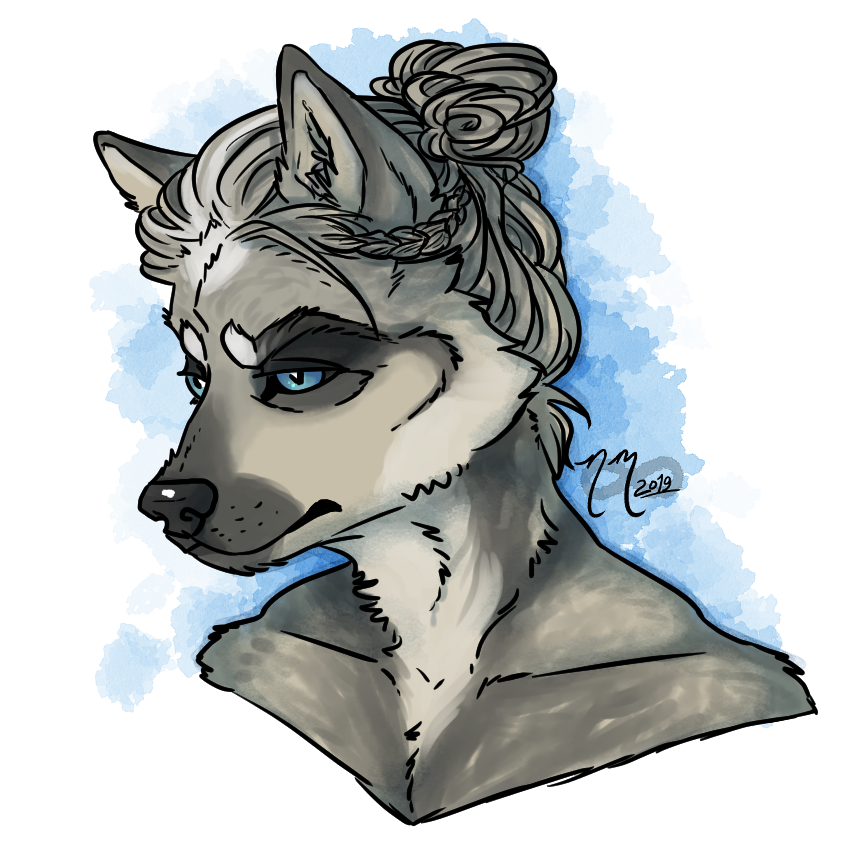 Auger is generally easygoing and hardworking until he has to defend himself or, especially, Notch. Then he is unafraid to throw his weight around.

Auger was raised without any particular religion, and so he finds the things other believe in to be impractical and somewhat confusing.

Auger is about a 5 on the Kinsey scale and also identifies as demisexual. For the most part, his partners have been male, and he doesn't have any particular preference for how traditionally masculine or feminine they are.

Auger enjoys drinking alcohol every now and then, but he doesn't like to drink enough to be incapacitated. He hates dealing with hangovers, so he'll drink enough to have fun and rarely more. He's not opposed to trying other drugs, but has yet to try something he enjoys enough to use regularly.

Allers de la Croix, Auger’s father, was one of a few de la Croixes who traveled as part of a small group to trade goods, searching for rare and valuable items to bring back. A trio of coy-dogs, including Grail, joined the group during one of the trips when they were out west. Grail's job was to take care of the horses of her little group. She and Allers eventually became mates and started a family.

Auger was born on the road, along with his siblings, Flack? and Nairn?, Before shifting, he learned about horse care as well as body language. He got familiar with the animals. After shifting, he was able to actually practice the grooming techniques and learn to ride. They spent most of their time traveling, and visited Portland several times, where the youngsters were able to meet their cousins and extended family. Auger much preferred to be on the trail, though.

Eventually, his parents decided they wanted to settle down and stay in Portland. Auger decided to continue trading. He joined up with another small group of traveling traders, one of whom was named Tybalt Cormier. Auger learned about Krokar, the pack that Tybalt’s family was part of, as well as what Tybalt knew about the area. Tybalt taught him a little about fishing as well, and helped Auger improve his trading skills.

On their way back to Portland on one of the trips, their group decided to stop for a night at a little outpost. He awoke in the morning to the sounds of a commotion from another campsite nearby. A high-pitched yelp of pain had him off the ground and running over. He found one wolfish canine roughing up a small coyote while another wolf appeared to be trying to steal an overly fancy looking horse.

Auger charged forward, chasing off both of the attackers. Then he turned in time to watch the little coyote faint. Auger managed to keep his head from hitting the ground, and after quickly checking over his injuries, he started packing up the coyote’s remaining belongings. He had far too much to be traveling alone, and Auger wasn’t surprised that he had gotten attacked. When the coyote woke up, he immediately though that Auger was stealing from him now, but his injuries meant that he couldn't stand up long enough to do anything about it.

It took a bit, but Auger finally talked him into coming with them to Portland and learned that his name was Notch. When they arrived, they learned that Tybalt's family's pack had disbanded, but Auger was more worried about finding someone to take care of Notch. Once he healed up, they set off again as part of a small trade caravan and over the next few months they grew closer. Auger repeated Tybalt's stories of packs at 'Souls, and so the pair decided to set off in that direction to see what they could find.

During their travels through Nova Scotia looking for packs, Auger and Notch ended up mired in a swamp where they were helped by Santiago Tejada. Following this, they decided to join up with him as they formed a loner band because it seemed safer to have a group with them, rather than just the two of them. The group faced challenges together, including attacks from wolves, which served to bond them together with another Loner Band of coyotes.

The Drygrass Posse joined forces with The Cartel and formed a new pack called Del Cenere Gang. With the pack formed, Auger and Notch got to work helping to make their new territory feel like home. They started out staying in the hotel while Notch looked at the options for their houses. At the same time, they got to know their pack mates, working with them to do things such as check out their newly claimed territory, ensure the safety of the fields for the livestock, and even gather materials to build up Charmingtown. The two of them also went with a small group to collect horses left behind when Inferni disbanded.