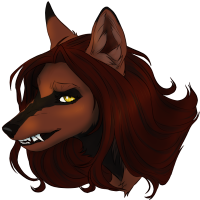 Zsorthia Mercedes is a coydog. She was once part of Del Cenere Gang but currently roams the wilderness as a Loner seeking new adventures in life. Traveling with her are Johnathan Winthrop and Waynescott Wyatt and his son Seaborne. The small group are content living the free man's life and occasionally will drop in to more populated places for a drink or two. 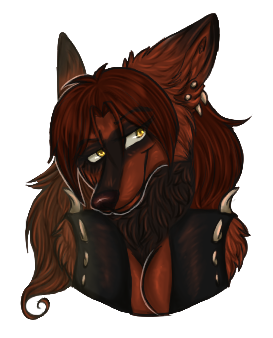 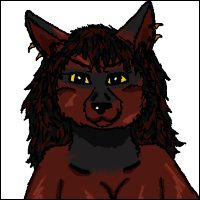 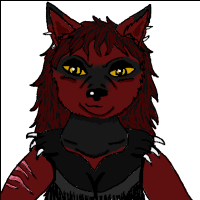 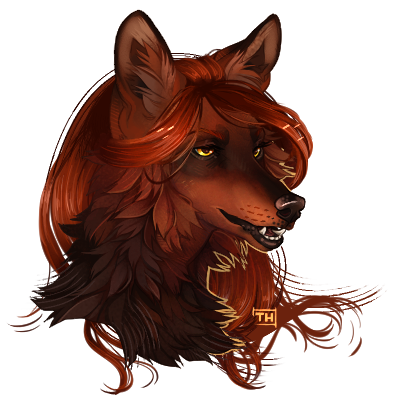 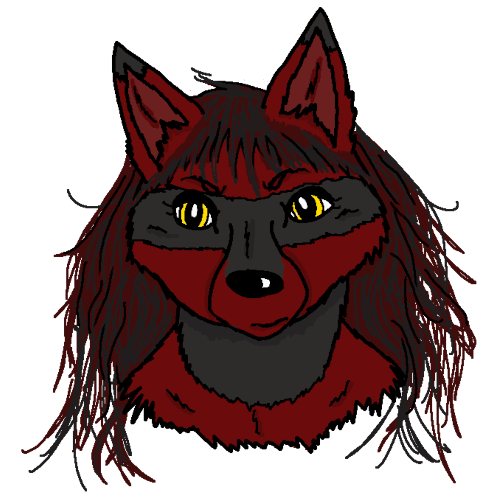 Very dutiful, loves to throw herself into her work, tends to have a "work first, then play" attitude about her occupation, but isn't gonna say no to someone who isn't afraid to get dirty with her. Can't help but come to the aid of a friend, but it can be hard for her to make such close connections. She's very agressive, stubborn and at times rude and callous. She will participate in flings of casual nature at the drop of a pin. Has tendencies to do dangerous things for the adrenaline rush. Is a little "off" in the head. Not particularly religious, but mildly spiritual. Has a fascination with fire and knives. Will never say no to a drink or a drug, especially Whiskey/Marijuana/Tobacco. Absolutely adores horses, but hasn't been the same since her Stallion, Whiskey Jack perished in a winter storm in 2020. Knows quite a bit of low speech, fluent particularly in horse, and is practiced in bird and cat. She is practicing the art of belly dancing, self taught. She is a skilled huntress and takes great pride and even joy in hunting. Carries a lot of anger and rage. Drinks or goes out hunting to keep it at bay. You have to catch her on a day she's feeling generous, amiable or just plain isn't herself to say that Zsorthia was "friendly", but you sure won't forget her any time soon.

Zsorthia currently resides in a one man tent wherever she deems to put it up out in the wilderness of 'Souls.

Born in a pack in mid-Nevada she grew up in a vibrant but still limited culture around horses, hunters, traders, and artisans. She was a jack of all trades kind of woman, but always rough around the edges. She was raised as a Tanner's daughter, unafraid to get down and dirty. She was still overall a "good girl" though. At a year and a half of age she was betrothed to and found love with a childhood friend, Azar Heathrowe. The two courted for many months. He was all sweet southern charm and promised that their wedding night would be "bed-breaking." But little did Zsorthia know, the man was actually unfaithful, courting and already making love to another woman. Just a month from their wedding, Zsorthia found her heart had been betrayed, discovering a white wolf wench who was new to the pack and her betrothed together one night in the forest. Heartbroken she went on a rampage, set fire to her now considered ex-lover's home, tried to kill his mistress when she came to try and beg for forgiveness and explain, and stole his horse, Whiskey Jack whom she'd help train, before fleeing into the night to set off on her own in search of somewhere to soothe her broken heart. The booze she'd stolen to fuel the fires she'd set, she'd then taken to consuming in large quantities as she traveled alone across the lands, hardening herself, taking whatever she wanted, sleeping with whomever she wanted, living however she wanted. Now having made her way to 'Souls, she's doing her best to steel herself against the world but seeking a place to belong again. She ended up in the midst of a band of coyotes formerly known as the Drygrass Posse in a war with a gang of wolves. She formed a sense of kinship with them, fighting beside them and earning respect among them. The band of loners are now formally a pack called Del Cenere Gang. Over time she has worked out where she best fits in among the new life in a new pack. She's still struggling with the demons of her past and trying to escape them in not so healthy ways, while still remaining a contributing member of the pack society.

After spending a few years contributing to the Gang, Zsorthia set off with John and Wayne on new adventures out in the wilds as loners. While enjoying the free life, Zsorthia is starting to grow restless and wants to find a place to call her own to settle again, not necessarily within a pack though.