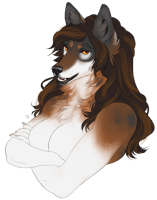 Anya Southpaw is a member of Del Cenere Gang. She is ranked La Mano as part of the Ashen Ring. She currently holds the co-ranks of Camisera II, Peletera I and Artesana I. She is mated to Waynescott Wyatt and together they had two pups named Eos Southpaw and Bastrop Wyatt on November 3rd, 2022. She is currently raising the pups as a single mother (Wayne lives as a loner and visits as often as he can) while continuing to work for the betterment of the Gang... 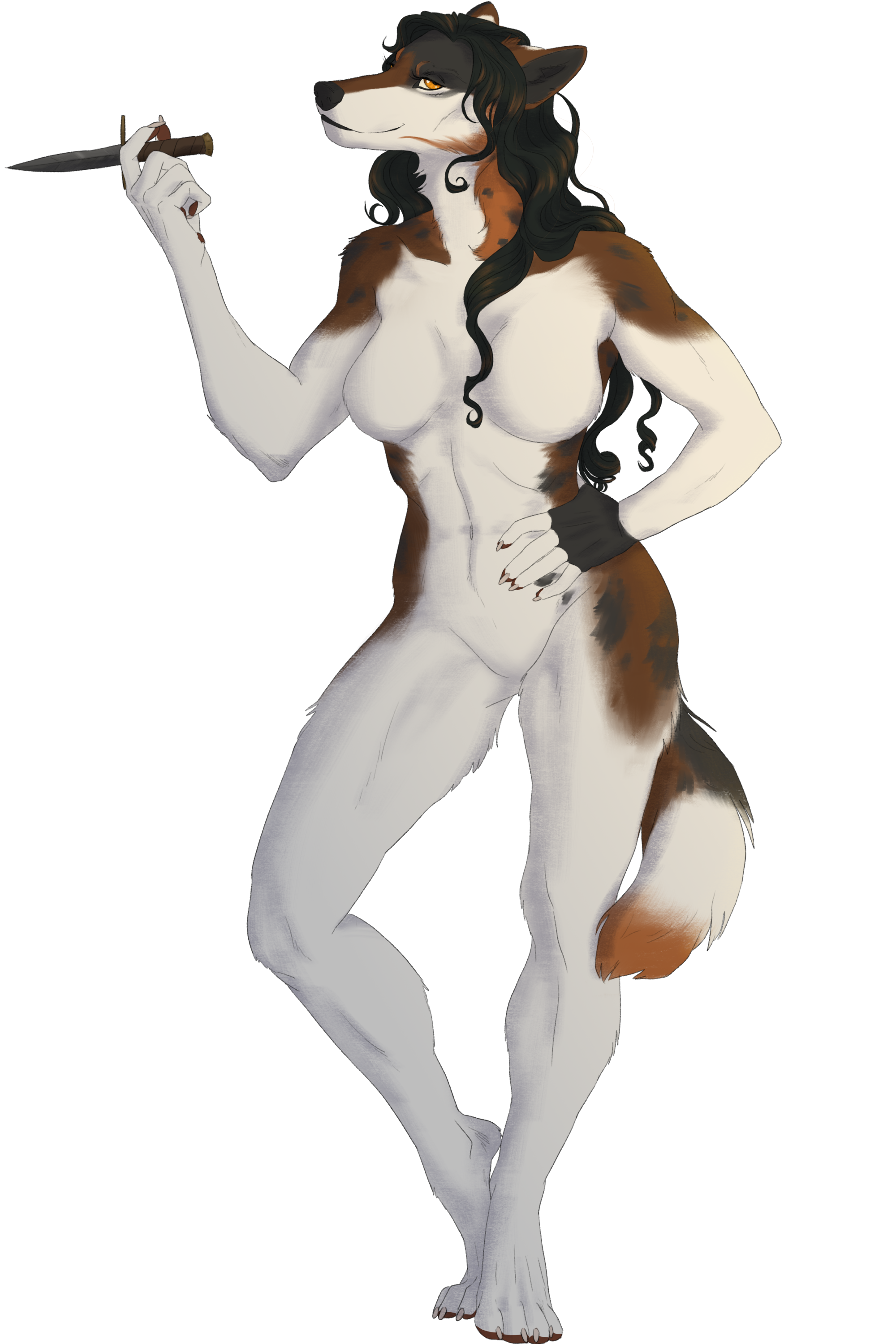 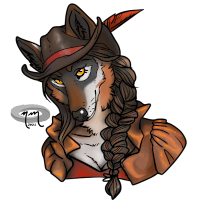 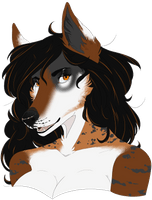 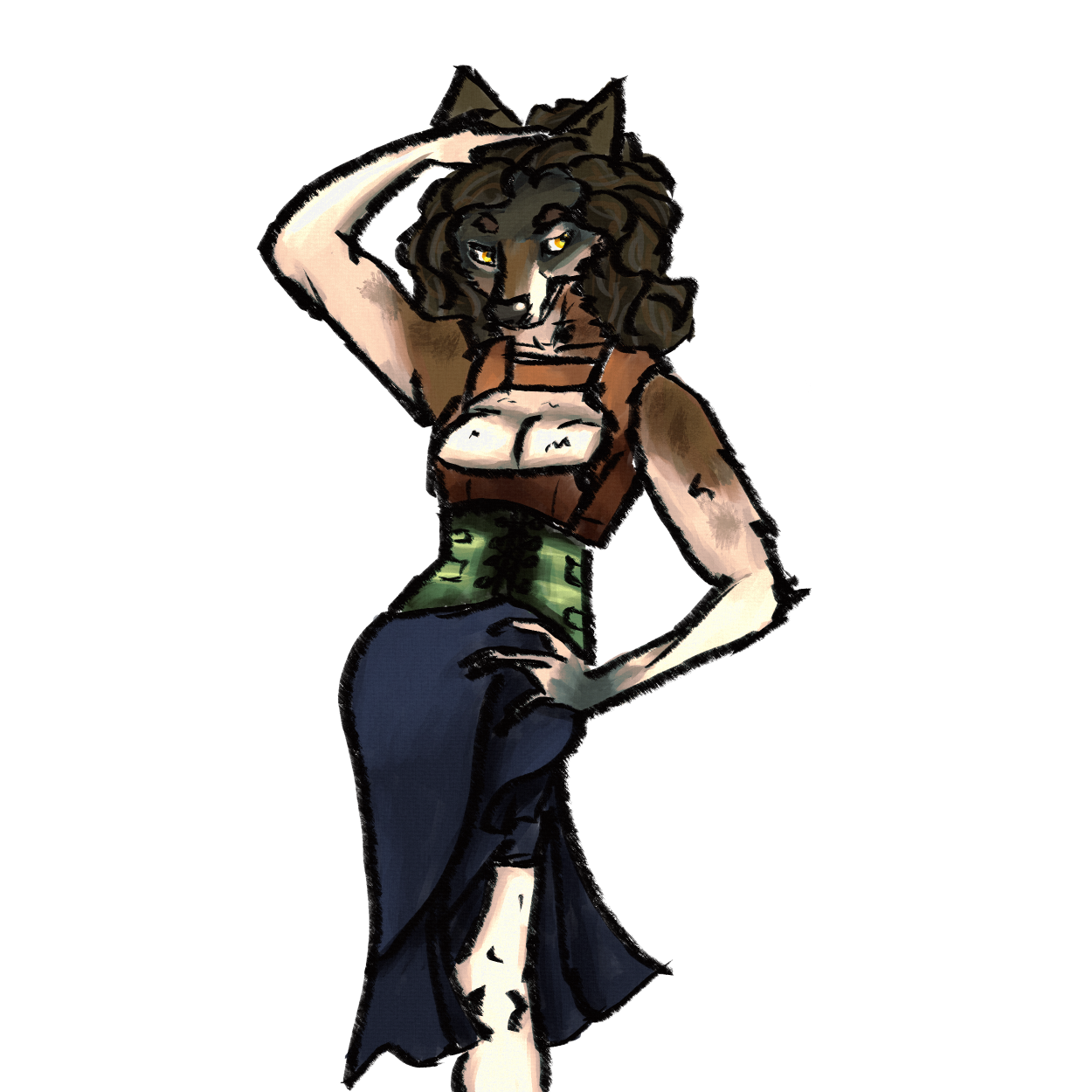 You just gotta take the time and effort to get to know her to unravel all the layers. She's a very complex individual and has a lot to tell. She's been through a lot, and isn't what she seems. And yet...she's so much more than she seems. Do. NOT. Underestimate. Her!

Located in the Oxbow Quarter of Irving, DCG. Anya's own, hand built "Southpaw Chalet" serves as her home.

Her life is a big ol' lie. Running from the truth is what she's doing. The past will catch up to her eventually. She's got a lot of secrets and you'll have to get to know her to unravel everything that's really going on with this girl. She's got a dark past and her soft, sweet demeanor can't last forever...

Having escaped the grit of her past (or so she hopes), Anya has traveled long and far in search of a new life and safe haven. She's found herself being driven towards the lands of Del Cenere Gang by the whispers of travelers and loners and soon sets foot at their borders. With her story prepared and everything she has left to her name loaded upon her trusty stallion's back, the woman sets a smile upon her face and seeks to join the rowdy coyotes, where surely a gal like her will fit riiiiiight on in...Right? Seemingly accepted into their midst with little issue, Anya worked hard to gain the trust, respect and kinship of the Ashen. Her goals for her future are set high, but she has not forgotten the darkness that creeps ever slowly in behind her... She is seeking allies and friends as best she can amidst the pack, proving her worth and putting her all into her skills and doing her damndest to learn anything and everything she can with what time she's got.

Before too long, trouble finds its way to her in the form of the Calloway Raids but is quickly beat back. Not before damage is done however. With an old packmate from her unpleasant past now once more part of her life, she's got some decisions to make. But DCG is also no longer the same. Anya has found new love as well as new worries and she is feeling very uncertain about her future to come. But soon enough she finds her place working hard at honing her occupation and making a name for herself among the Ashen, and before long she finds herself climbing the ranks, and the burden of her past departs to Palisade, leaving her free to live her life and explore her new found love. If only for a time...

Unhappy within the pack, her lover and her closest allies within the pack depart for good into the wild leaving Anya devoted to her pack life and looking after a new young Del Ceneren girl (Bisbee Whitesage. Throwing herself into everything Del Cenere to show she's not going anywhere anytime soon, Anya remains loyal and active within the pack, working hard every day to contribute something to her home. While she misses her old comrades, she knows in her heart she has not seen the last of them.

With her determination, hard work, and loyalty, soon enough Anya finds herself as pasrt of the pack's Ashen Ring as "La Mano", taking on ever more responsibilities among the Ashen. She leads the Ochre Thread syndicate and has contributed a new style of quiver to the pack's stores. After a visit from Wayne during the yearly Lancaster Stockshow, Anya finds herself pregnant with pups and is due to deliver soon...