Tzila Napier is the daughter of Axelle Napier and Itzal, born alongside Lithia Napier on May 7th 2014 in Anathema. She moved to Sapient with her sister and her slave in April 2016 after the departure of their mother. Tall, Dark and Snarky | The Consigliere | Minored In Asskicking | The Scrounger | Beware The Nice Ones | Not-So-Imaginary Friend 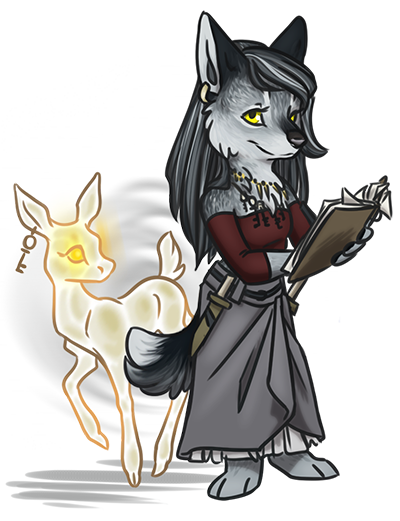 Tzila is always open for trading, and anyone can approach her for trade inside or outside her pack. She often drifts to neighboring lands and cities for trade outside her pack lands. Tzila's prices are fair, but she tends to give better deals to her friends and pack mates. One thing she accepts in trade is lessons on something new and that she might find useful, like different languages and skills.