Morrigan Archeron - Sister of the Moon, Daughter of the Woods. 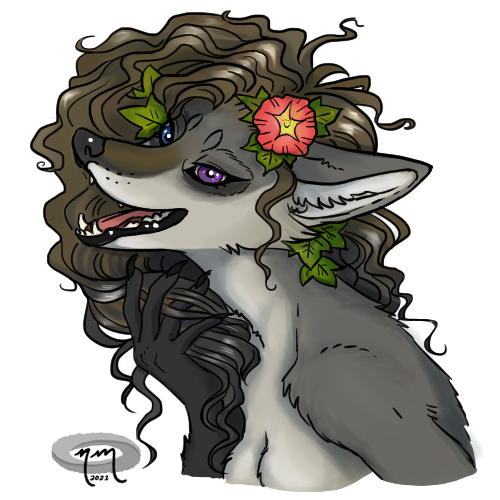 Currently, Morrigan is a member of Del Cenere Gang, ranked as El Corazón in the tribunal of The Ashen Ring. She currently holds 2 occupations, Pulge Verde Tier 2 and Barber Tier 1.

This divination and nature based Witch, one plant aficionado hails from the sprawling and stormy rocky mountains, where she was apart of a cult based on the three-faced-goddess. Before her first shift, her grandmother, the elderly matron of the pack was murdered by a jealous, lowly male cult member in front of Morrigan. He intended the youth to be his original sacrifice, but Morrigan’s grandmother saved her life, ultimately sacrificing her own.

Stealing into the night without anything but the bone dagger used to slaughter her dear grandmother clenched between her teeth, Morrigan escaped with her life, but just barely. The cult member tracked her for many miles before giving up and covering up the scene of his crime, pinning all the blame onto young Morrigan who was no longer there to defend herself.

She stumbled upon a band on travelers with no affiliation to any local packs, and was permitted to join their group. They taught her how to shift, cared for her, and mentored her – taking pity on the terrified young girl who they found bedraggled and thin and traumatized. They discovered she had a surprising amount of plant knowledge and so she was mentored further in medicinal plants by an elderly woman within the band. Another male taught her the basics of fishing and horsemanship, just enough so that she was able to ride and control her own mount, Prudence. She was given this beautiful mare on loan, but unfortunately was separated from the travelers in a terrible winters storm.

And so, this is how Morrigan ends up at Del Cenere Gangs borders, looking for a new place to call home. Eager to prove herself, Morrigan put in the work over a years time to rise through the ranks and prove her membership to be an asset, and wears her title, The Priestess with pride. The ambitious coywolf is aiming to become one of The Ashen Ring through hard work and leadership. Ringing in her second ring, the prideful Priestess has ascended to the tribunal, as hoped. 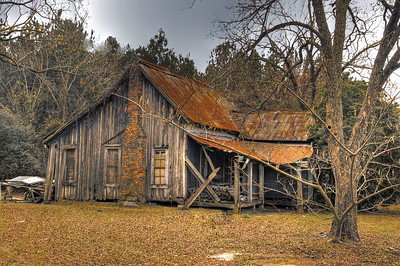 " An old log cabin, put together by unknown hands. This towering house is a testament to what humanity could achieve. Boldly, it stands out from the surrounding landscape, much unchanged by the neglect or weather. Inside, a stone fireplace dominates one wall of the open plan building, and the other hosts ancient animals antlers, skulls and horns mounted onto plaques as testament to a once mighty hunter. "

Did some things, and some stuff.