Due to once being the outer parts of Anathema, there are parts of a thick, tall wooden Palisade fence built on the outskirts of the Phosphagos Foothills. The fence covers a lot of ground continuously before there is a break in the wood structure. The surrounding sections that were too rocky or steep for fence building have deep wooden spike traps and hedgehogs. If a canine is not careful, they could become an easy meal to those wooden spikes. 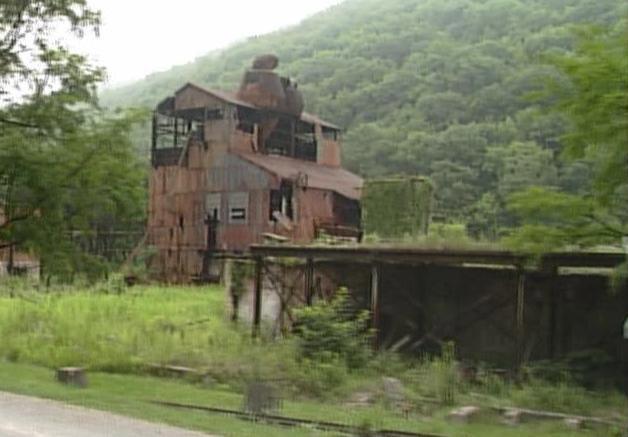 This huge sawmill and processing plant sits in the center of the valley, between the farming communities of the north and the forested land to the south. There is definite evidence of this sawmill's impact on the valley -- large swaths of the forest have been cut down, leaving only stumps behind. In the twenty years since humanity's demise, however, there has been some recovery. Saplings and bushes now dot these more barren patches. The stumps are very much in evidence, however, in the area directly surrounding Mactara.

Mactara Sawmill was converted into a spacious, weather-tight training area. Inside, there are various hooks and wall mounts for different weapons to be hung on the walls and a weapons rack for all other weapons. Outside, to the right of the grounds, is a fenced-in area used for bow training and sparring. This area provides a couple different landscape options; it starts off as open grassland, eventually becoming more rockier and tree-dense as one moves farther away from the fence. There are also wooden dummies situated outside, close to the building, for hand-to-hand practice.

Thackary Village is located in the southern-most corner of Musquodoboit Valley. It's entrance is marked by a broken angel statue and a reconstructed playground for puppies. This small village consists of a few residential houses, all of which are weather-beaten, the Storm Tree Villa, a playground, an old sawmill converted into an indoor training grounds, overgrown (or barren) gardens, a Common House, and a few other structures. The area surrounding the village consists of rolling mountainous hills and thick forests.

White Plains gets it name from the multitude of White Tailed Deer that reside within it. The trees coat the land thin, creating an uneven, rocky terrain that tests the skills of the best hunters. While the prey is plentiful here, there are very few places to take cover. Towards the center of this territory, the ground evens out to a plush spread of grass where ungulates can see in all directions. The Musquodoboit runs through the Musquodoboit Valley. Its actual track is so small that it can barely be called a river. Fast-moving currents, however, meant the river had its uses in the days of humanity: the Valley was richly-supported by farming and agriculture. The river arises from a spring in the Halcyon Mountains, surfaces for a brief time, and then disappears back underground again beneath the mountain. It surfaces briefly in Dawn's Breath, burbling in the shallow caves found within the westerly part of this territory, and eventually seeps out into the ocean somewhere around the Serene Sands?.