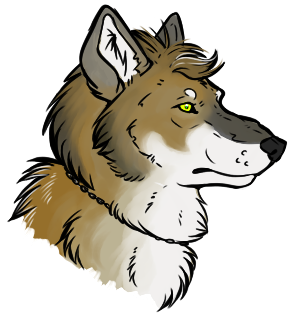 Nickodemus Sparhawk is the fourth son of an unmated pair of Luperci in a small pack, originally from New Brunswick. He spent most of his youth in a relatively average manner, for his ambition was checked by uncertaincy in himself. Instead of pursuing roles which others were quick to fill, he disengaged from his community and focused on his own private pursuits. Eventually, realizing he would never reach his true potential or find the purpose in his life at home, Nick took to the road.

Eventually, after crossing paths with many interesting people and one extreme drug trip, Nick had a vision he felt compelled to share. When the red star fell, Nick – witness to the event from a distance – decided at once to investigate. He spent some time scavenging in the ruined Freetown, then eventually learned that there might be a closer point of impact on the peninsula. Nick went looking for this, leaving behind offerings for his “Sky Brothers” along the way.

When a wolf from a mysterious pack expressed interest in Nick's actions, he was invited to join a place called Salsola...

Nickodemus collects all sorts of oddities, ranging from spectacular geodes and elaborate garments to old plastics and glass. His style reflects his sense of value, though most often involves colorful garments or those with expressive details. Likewise, he enjoys flashy accessories -- he is a fan of rings and necklaces.

Nickodemus has been a trader for several years, owing in part to his command of languages and personality. He recognizes that his ability to make things is less notable than his work as a negotiator, and often busies himself on behalf of others.