Sedona was the daughter of Kayenta and Eloy Whitesage. She hailed from a family-owned cattle ranch in the wilds of what was once Sedona, Arizona, U.S.A. She was part of Mistfell Vale which she joined on September 12, 2018. She was part of Hawkesond house in the Gildepathpath tier and held the Co-ranks of Constructor II, Gamekeeper I and Pack Aide I as well as Drakehund Tier II. She was the mate of Sineria and sister to Phoenix Whitesage whom also resided in Mistfell Vale. She was an integral part of the pack often assisting leadership and spearheading projects for the betterment of all the Vale. In Spring of 2019 she and her pack mates rebuilt the Rum Bridge which gained her some further recognition and respect among her peers.

During the many Earthquakes that rocked the lands in the Spring of 2020, Sedona met her end during a building supplies collecting mission in Saint John along with her mare, Hopi, when the main city center collapsed. Since then, her home in Mistfell Vale has disbanded and her brother's whereabouts are unknown. 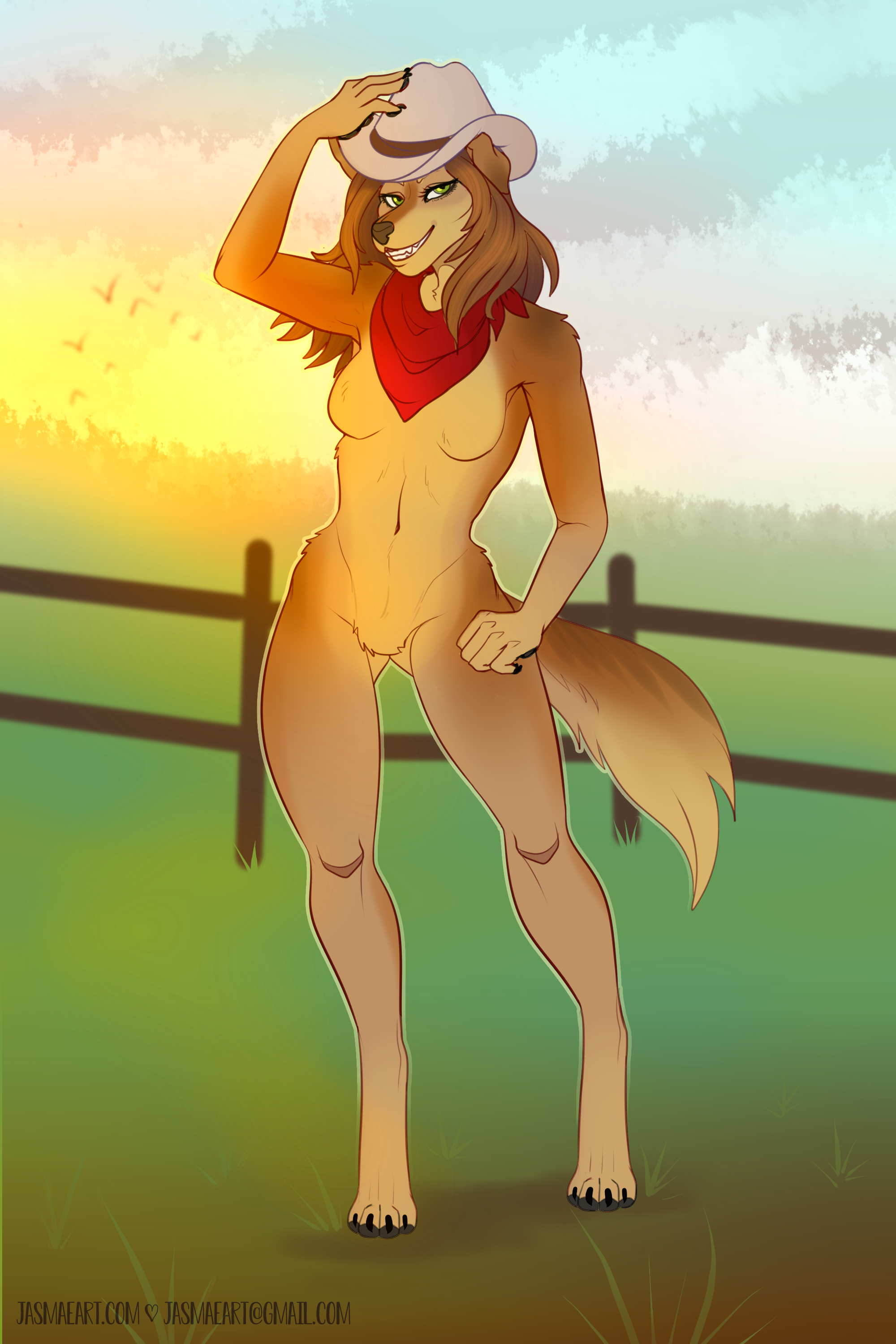 True to her cowgirl nature, Sedona's entire personality is built on a foundation laid by her heritage. "Nothing worth achieving is gotten easily, you gotta earn it.", "Never give up, try and try again.", "Always keep one eye and one ear open.", "Family first, protect the herd." are just some of many phrases she lives by. Stubborn and unrelenting, almost to a fault, this woman has the knack for running herself ragged and yet still won't quit. She is loyal and devoted to those close to her and will give her all to any task she is assigned. Her forward, outgoing personality can make it difficult for her to make friends at first, but she has a good heart and is only trying to do what's best. Sometimes she may come off as insensitive without meaning to. She sometimes will steal the limelight from others without realizing it as she's not afraid to be loud and proud. She is unafraid to get dirty and do what needs to be done in order to get things done. She typically has a "Go big or go home" attitude and is by no means the type of girl to be ignored or forgotten. Sedona enjoys hard work and being of use to others. She's got a good head on her and is therefore pretty good at giving advice or lending a listening ear. She is a problem solver and natural born fighter, if something stands in her way, it won't get her down for very long, if at all., She will find a way around any obstacles she faces.

Although she can come off as a bit intimidating at first, Sedona is actually rather laid back, except when it comes to her responsibilities. She is actually very accepting and pretty open minded and often will indulge in fun. However, rarely will she ever let loose so far as to cloud her judgement and common sense. Sedona has a aptitude for seeing the details in everything and is rather aware of her surroundings at all times, often even noticing the little things about people they may not notice in themselves. She likes to bring people up, not put them down, and uses her extra observant nature to give encouragement and compliments. She will put her life on the line in an instant to protect those she loves and can sometimes seem bold and reckless due to her ability to bulldoze through her fears in tough situations.

Her biggest drawback is not knowing when to give something a rest. She will drive herself crazy trying to fix something or trying to find a solution, poking and prodding from every angle. If said solution is not immediately attainable or obvious, she will obsess until she can find it. It is very hard to pull her away from her work and the things she loves, and sometimes needs to be reminded to slow down and enjoy life. She's always taking things in, whether she wants to or not, but doesn't always let them go and make time for herself.

Once you get to know her, Sedona will be the most loyal friend you'll ever have and will stand by your side through anything. She'll be your strength and your guide, your leader, your comfort, whatever you need, and she'll never let you down. Failure, to her, is not an option.

Not very religious or spiritual yet. Is fearful of the supernatural after events involving a ghost that took place in the Winter of 2018-2019 in Mistfell Vale.

Sedona was born to Kayenta and Eloy Whitesage in July of 2014 alongside two brothers (Phoenix and Tucson) and two sisters (Payson and Safford) in the desert, red-rock backcountry of the old Hopi indian reservation near what was once Sedona, Arizona, United States. Raised on her family's small cattle and horse ranch (herd size of about 10-15 heads and 5 horses at any given time), Sedona learned everything there is to know about living the life of a cowgirl. As she grew up, she helped to run the ranch and its livestock with her siblings and often assisted her father and grandfather with keeping tabs on the health of the population of wild mustangs in the area. At a year of age Sedona was given the chance to capture and tame her own mustang. She chose a beautiful two year old Paint mare whom she named Hopi. The mare continues to be her loyal, faithful mount and traveling companion to this day after being broken and trained. At two years of age, Sedona helped rehabilitate an injured, juvenile red-tailed hawk she named Qaletaqa. The bird, once recovered, chose to stick around and is now her flying companion. At two and a half, Sedona bid farewell to her family and the ranch life in order to travel the country. She headed northeast, meeting new people here and there and learning everything she could along the way. One valuable skill she picked up was the art of archery. She uses the bow primarily to hunt now days. She's still not by any means an expert, but is honing this skill every day.

For a time, Sedona stayed with a small pack of coyotes in the South Dakota area where she ended up breeding Hopi to the pack's prize Mustang stallion Navajo. 11 months later, Hopi gave birth to a healthy foal. The colt was named Yavapai. Once the foal was old enough and sturdy enough to travel with his mother, Sedona continued to ride northeast with Yavapai in tow, staying ever close to his mother. After a couple months more traveling, Sedona came upon the richly populated lands of Nova Scotia, and today she's acclimating to her new-found environment and seeking yet another place to settle in and call home, permanently.

As of September 2018 Sedona joined the pack Mistfell Vale. She has since climbed the ranks and become an integral member of the Mistwalkers. She is currently of Hawkesond house in the Gildepathpath tier and holds the Co-ranks of Constructor II and Gamekeeper I as well as Drakehund Tier II. She found a mate in Sineria a shy and sweet younger male and the two are considering having pups come Spring or Summer of 2020. This past summer, Sedona's brother Phoenix made his way to the Vale and is now making himself a home there. Sedona can often be found assisting leadership and spearheading projects for the betterment of all the Vale. In Spring of 2019 she and her pack mates rebuilt the Rum Bridge which gained her some further recognition and respect among her peers. She is always looking for things to do that will better the lives of her pack mates. She is happy and healthy and looking forward to new adventures ahead.

During the many Earthquakes that rocked the lands in the Spring of 2020, Sedona met her end during a building supplies collecting mission in St. John along with her mare, Hopi, when the main city center collapsed. Not long after, her home in Mistfell Vale disbanded and her brother's whereabouts became unknown.