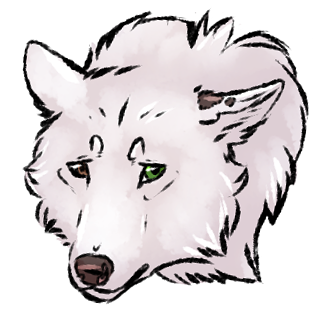 When Sineria was born his life was like any young puppy, but two weeks ago his parents died trying to defend him from a bear, and Sineria watched as the large beast tore both of his parents apart before his very eyes. He ran away from the scene as fast as he could but caring little about looking back, and crying tears of sorrow and loss every second.

He travels through the woods unaware of territory, unaware of packs or ranks, and armed only with what little hunting knowledge that his father gave him. He knew his odds of survival were low, and he found out his ability to transform early too, and used his different forms to his advantage in recent years of his life.

Up until then he hunted small creatures, and insects trying to survive the best he can in this world. He continues to wander and travel on trying to find some place to call home, and he promises himself that he will do everything in his own power to make sure that the same thing that happened to him, to his parents, would never have to happen to another puppy, especially one who is like him, as well as meet some new faces.....maybe.

Sineria is shy from everyone around him, and doesn’t trust anything or anyone from first glance. He is extremely cautious around anything that can move fearful for the worst, because he doesn’t know much about the world. If he encounters another wolf he will most likely run for his tail on instinct for he knows that his chances of winning a fight with another adult are minuscule at best, and he fears for the worst in stressful situations and he doesn’t work very well under pressure.

That all being said he isn’t entirely too cautious to be unfriendly to new people. If he encounters someone his age he will most likely approach them slowly until they see him, and judge his next move based on their reaction. However, in most cases he is a coward and he runs away in response to any sudden movements.

Sineria, despite his cowardice, he is very smart and he can probably get out of most situations given time to think things through, but talking to others isn’t his strongest suit no matter the situation and he is overall extremely timid around anyone, and anything that is larger than him. He always plays things safe, no matter what the situation.

None aside from his history before 'souls.

Lyric, he thinks she’s intimidating and doesn’t like him, but she teaches him more about hunting.

A very young Arctic wolf who is about 26 inches tall, and weighs 67 pounds in his lupus form. He has a birthmark on the back of his left ear in the shape of a paw that is very noticeable due to the lack of fur covering the birthmark. He has two different colored eyes, the left eye being green, and the right eye being brown, and he has white fur like the snow below his paws. He has a vertical scar on his left nostril that goes from the inside of it upwards, and he cannot smell out of that nostril, and with 4 centimeter claws.

His secui form is 37 inches tall and weighs 112 pounds, and not much has changed with him as far as his physical features. Finally his secui form has 5 centimeter claws in comparison to his lupus form.

In his optime form he is 5 feet, 5 inches tall, and he weighs 142 pounds. His mane is just what any generic mane would look like, and overall he is rather scrawny and horribly unnourished. In this form he sometimes wears clothes, but ultimately he doesn’t because he just prefers the cold. Finally, like his secui form his claws are 5 centimeters long.

Lupus- Usually comfortable in, but not used much now.

Secui- Not usually prefered, but he appreciates the benefits it gives him.

Optime- Preferred for collecting and tinkering with human items, and overall preferred 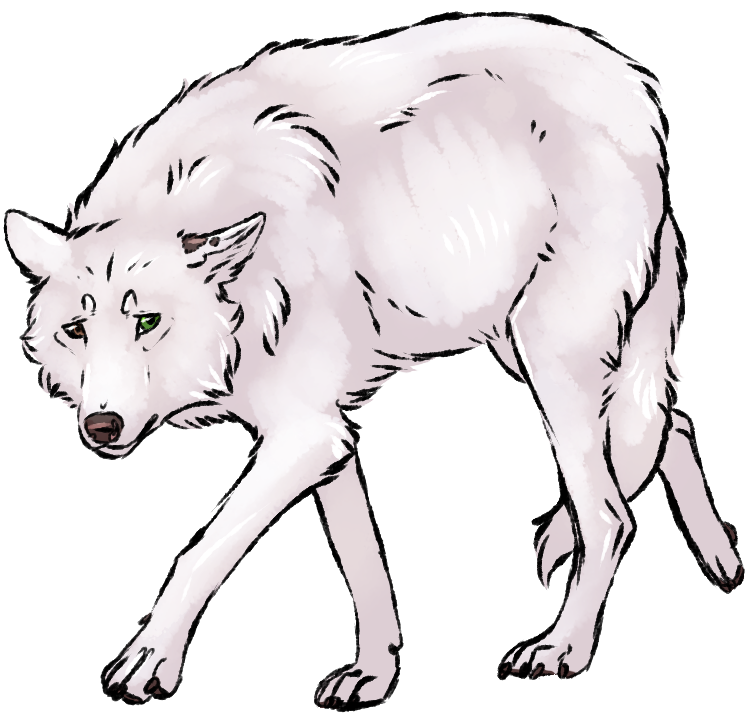