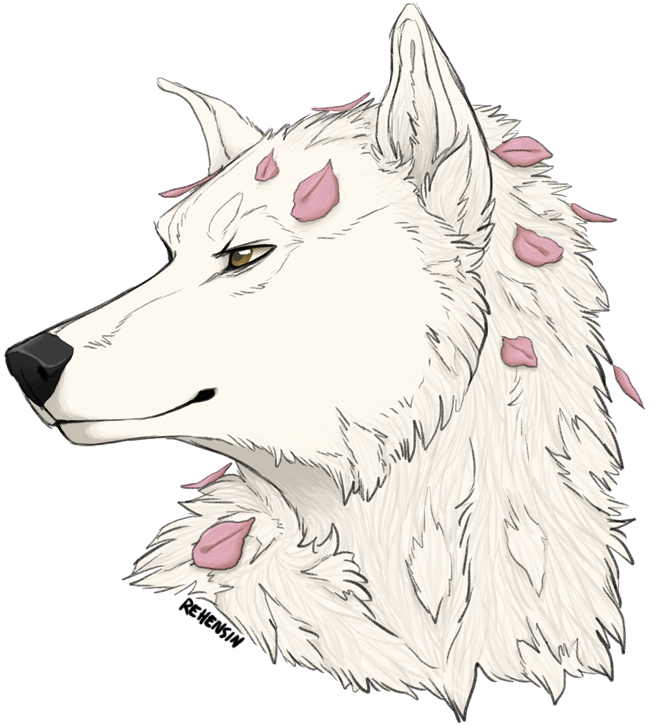 Posey Prior was a well-loved denmother of Mistfell Vale.

She was born in a small family pack in Manitoba alongside two siblings, only one of which survived with her to adulthood. She was "married off" quite young to Ira Prior, a northern-born wolf with missionary heritage. They traveled together to Ira's homeland in the Nunavut tundra, where Posey gave birth to their three daughters, named after flowers that bloomed on the prairie in summer: Asphodel, Rosebay, and Harebell. Though timid of her husband, Posey adored her children.

When a fateful blizzard brought famine to the arctic, the small family nearly starved. Ira wandered from their den and perished in the storm (effectively committing suicide so there would be one less mouth to feed), and Posey, delirious with hunger, later followed. She devoured her husband's frozen corpse -- an act witnessed by her horrified daughters. They survived the terrible winter, but her daughters effectively disowned and abandoned her.

Depressed, Posey wandered back south on her own to New York, where she met a she-wolf named Harriet Harper. Romance quickly blossomed between the two women, who were soul mates in many ways. They planned on raising a family together, and with the help of another loner, gave birth around the same time. Unfortunately, while their litters were still small, Hattie died of rabbit fever -- as did her puppies. The two that Posey gave birth to, Lyric and Whimsy, survived. Posey gifted them an idyllic childhood, raising them on fond memories of their other parent.

Posey was just past her prime by the time her daughters grew up, and Lyric remained with her as a caregiver as she aged. They traveled as loners for a few years, until it became harder for Lyric to care for her senior parent alone. When Mistfell Vale formed, Posey and Lyric became founders of the pack. Posey spent her twilight years in the Vale as a babysitter; many of the pack's youths (including eventual Ursarchon Saga D'Angelo) viewed Posey as an honorary grandmother. Posey eventually succumbed to dementia and passed away shortly before Mistfell Vale's disbandment.