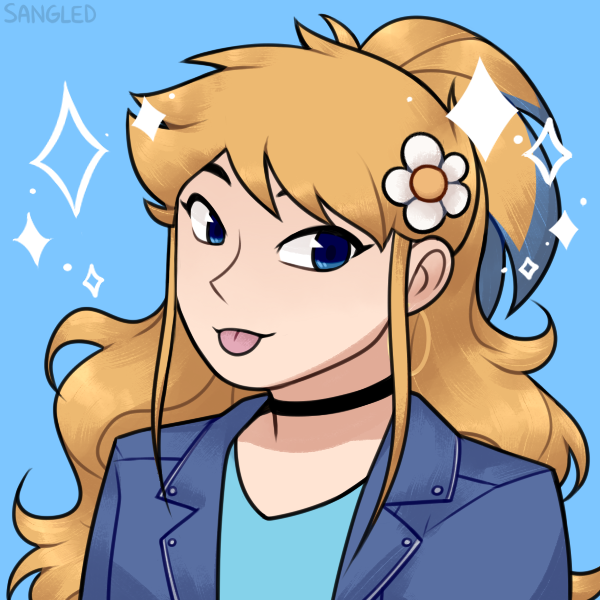 Westy is a born and raised Phoenician (AKA: is from Phoenix, Arizona, USA or "Satan's Armpit" as she likes to call it) but just recently moved to San Tan Valley, AZ. She is 29 years old and lives with her spouse and animal menagerie consisting of three cats, a dog, a ball python, and two rats. She has been roleplaying since approximately eight years old (starting off on the forums of Neopets) and has been an off and on member of 'Souls since August 26th, 2011. She is a proud part of the furry fandom. Her 'fursona' is a lioness named Rae. She can often be found spending her time drawing, writing on 'Souls RPG, hanging out with her BFFs out at local parks playing Pokemon Go or relaxing at home with some incense, candles and some music. She is currently unemployed and seeking Disability.

NOTE: Westy has been diagnosed with MANY disabling physical and mental disorders including fibromyalgia, short fiber neuropathy, MCAS (mast cell activation syndrome), bipolar disorder, progressive dysautonomia, autistic spectrum disorder, general anxiety disorder, depression, dissociative identity disorder, and PTSD. She has many challenges and limitations that can make her very tired very easily with very minimal effort and a little socially awkward. She is prone to becoming ill often. While usually a happy and upbeat person who loves to make friends and chat (don't hesitate to zip her a message!) sometimes her illnesses can get her down. In these times, all she asks for is patience, understanding and encouragement.

Some of Westy's interests include:

Here are a few of Westy's favorite things:

Westy has been a part of 'Souls off and on since 2011. She first joined in August of 2011 with a character named Aysun in Inferni. She returned in June of 2012 with Kenna Foxleigh, and has been here with many other characters since. A list of all her past characters can be seen at the top of this page. At present, Westy plays Bisbee whitesage (Del Cenere Gang) and Anya Southpaw (Del Cenere Gang) and will be bringing in Zsorthia Mercedes off of aNPC as soon as she's able. She may bring in more characters later down the road.

If you're ever interested in Westy's artwork, these are the places you can find it at.

Westy is best reachable over Discord, PM (Westy) or email!

Telegram: @LRaeLeo -Is on here ALWAYS.

PM: If you can't reach her off of the site, you can always send Westy a PM on 'Souls. PM Westy

Sign here if you dropped by and/or have comments to leave! <3