Cidro is a gentle soul with a rocky past. He's the former Duc of the fallen Cour des Miracles, and currently ranked Second Cadet in Casa di Cavalieri. 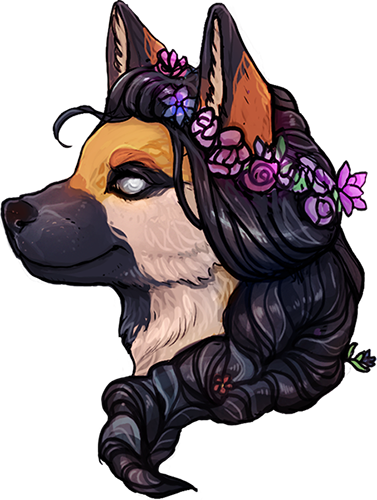 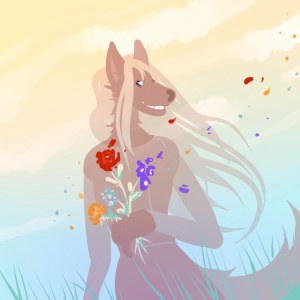 Cidro is a gentle soul with a big heart and lots of scars. He just wants to be loved and accepted as he is, but he’s got to learn to do that for himself first. He has a sweet temperament, and is very sociable and kind to everyone he meets— albeit a bit cheeky. He’s incredibly feminine, both in appearance and temperament, often leading others to mistake him for a woman. His past trauma has made him into a somewhat frail, delicate adult, and it takes very little to push him into a depressive or dissociative state, or to trigger his anxiety and send him into a panic attack or mild psychosis. That said, considering everything he’s been through, Cidro is an incredibly strong individual. He tries hard to live his life to its fullest and find happiness where he can, even if it means he has to go about things a little differently than everyone else.

A small single floor house with a large porch and chipped white and blue paint on the outside. The main room is the largest and has an old dining table that has seen some repairs and a small kitchen. To the side of the room closest to the porch was once a bathroom, but most of the tiles have been removed and the room serves as a space for storage. The two other rooms in the house are the master bedroom and the spare bedroom. The spare bedroom is stocked with furs and bedding for visitors, but he and Cedric use the larger master room. It's fitted with an old mattress that Cedric's covered with a cougar fur blanket.

[M] Through the looking glass — History thread showing a day in the life of Cidro when he lived in Portland brothels.

Cidro was born in Merrick as a product of a one night stand between his teenaged mother, Soledad de la Peña, and vagabond father, Martín. She slept with him to rebel against her matriarchal family’s strict ways, but only served to repeat their history of single mothers having babies when they were only babies themselves. Once she discovered she was pregnant, she decided to end the cycle once and for all and prevent her child from repeating both her and her family’s mistakes. She severed herself from the de la Peña clan and attempted to make a living for herself as a prostitute until she could raise enough funds to sail north, or at least buy a horse since travelling pregnant or with a baby would be dangerous.

She hoped to travel north before Cidro was born, but gathering funds proved difficult, leaving Cidro to grow up under the influence of Merrick brothels. A few months after Cidro was born, the two finally sailed for Portland, Soledad hoping that the new scenery would offer her and her son better opportunities. She was heartbroken to discover that life was even harder there, and although her English was passable, it was difficult to find work— especially while taking care of a disabled child. She ended up falling back into her old habits and began working in brothels once again. They lived in these conditions for several months, up until Soledad was brutally assaulted by one of her clients. Violence was no stranger to her and Cidro, and both were more than accustomed to unwanted touches and attention, but the damage was so great that in a spur of the moment decision, she left Portland for good and travelled north on foot with Cidro in tow.

The two left with no supplies or plan, not to mention with Soledad gravely injured. They both grew weak and hungry, and Soledad grew incredibly sick. By the time they reached Cour des Miracles, Soledad knew she wouldn’t last much longer. She did not want the burdens of their past to go with him to his new, safer life, so she decided it was best if they parted there. It was better this way— he would not have to see her wasting away. She told him that he would be safe here and that they would take care of him. She said that she loved him, and that she promised that they’d see each other again. He’d just have to be strong until then. Alone, scared, and barely seven months old, Cidro was left at the mercy of the Court.