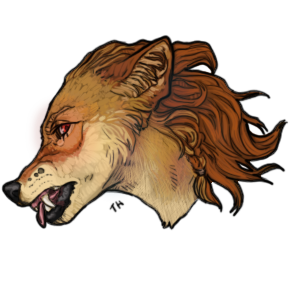 Carnivore Creed is the daughter of Lucilla Key and an unnamed coyote. She journeyed to Nova Scotia with her mother and her many siblings in late 2016. When her mother and sister, River opted to join Inferni, Carnivore paired up with her brother, Skeleton, to explore the lands as loners. They kept in touch with their family, dropping by to Inferni to check in on them every few months, but generally, enjoyed their freedom.

Carnivore and Skeleton remained a duo until Skeleton decided to join a loner band called The Cartel, which was made up of coyotes and dogs and some former Inferni members. In April 2019, they parted ways following a particularly embattled argument, with Skeleton joining the loner group and Carnivore deciding to go her own way.

Carnivore has the opportunity to grow and develop. She has never been played before and has lots of room to grow! 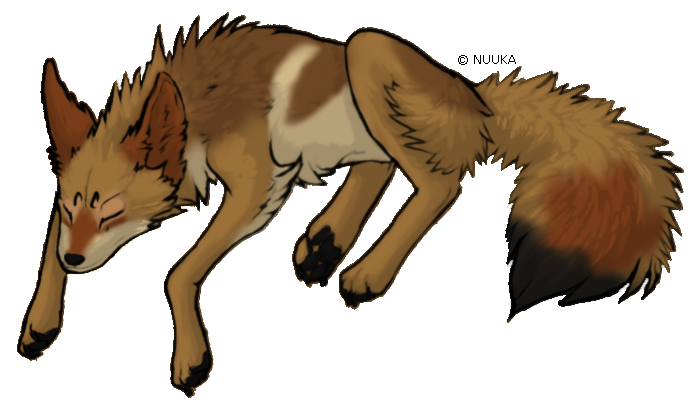 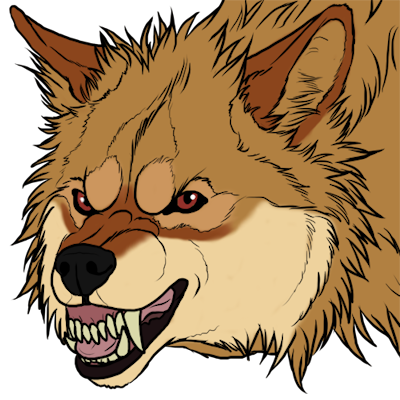 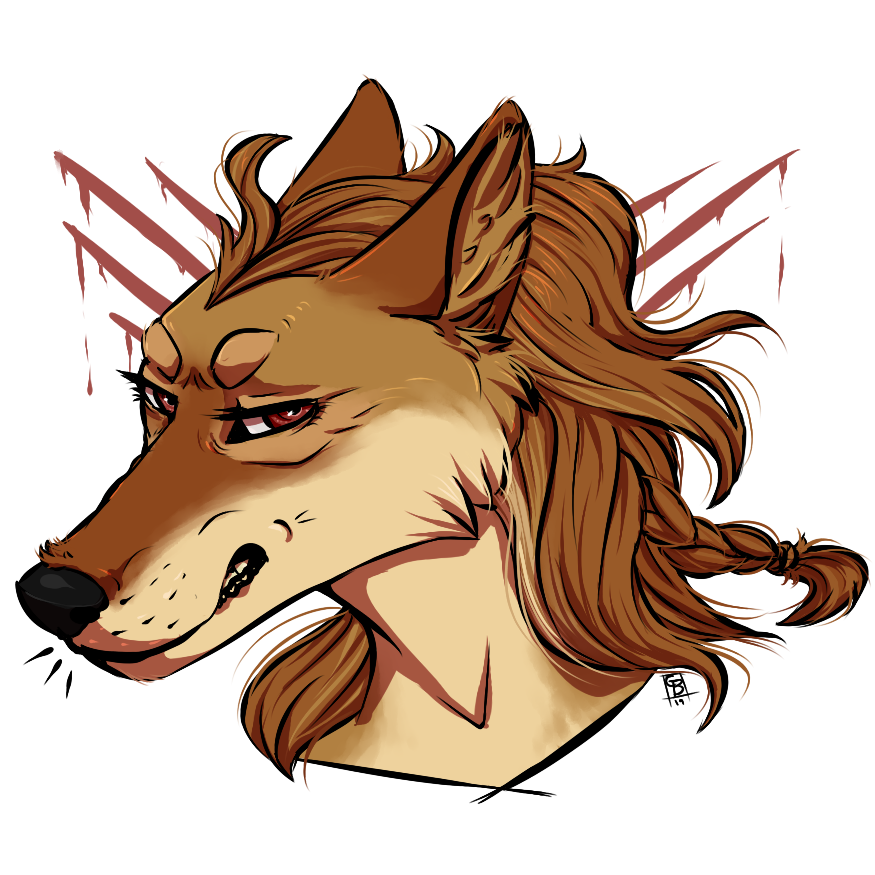 Carnivore has inherited the Creed family's atrocious temper: there's no question about that. She has an outgoing personality, which, when combined with her temper, can turn her Type A personality into a Type "Me" fury. However, there is an upside: her rage is typically short-lived, and she can be quick to forgive; but if this does not happen, then she often lapses into the territory of the tranquil fury.

To temper her sometimes obsessive personality, Carnivore drinks a lot. It worries her family, but she can't bring herself to care that much about their objections. To a certain degree, she is self-medicating; the question, however, is for what.

Carnivore packs one hell of a punch, so although her stature is small, she is very strong. Constantly being underestimated bothers her greatly and is one of the triggers for her rage.

In addition to her love for fighting, she's incredibly aggressive in all aspects of her life. She is a bit of a brute and enjoys physical humour, particularly at the expense of her brother. While she hangs around with Skeleton, she's not terribly loyal to him and would easily go off and do her own thing if it seemed more interesting. She's loyal to her family in a loose sense, but also fiercely independent.

Carnivore scavenges as a hobby and collects items like a magpie. Anything shiny tends to catch her eye. She is always offering a random assortment of items and services in exchange for fighting lessons, sparring, and training.