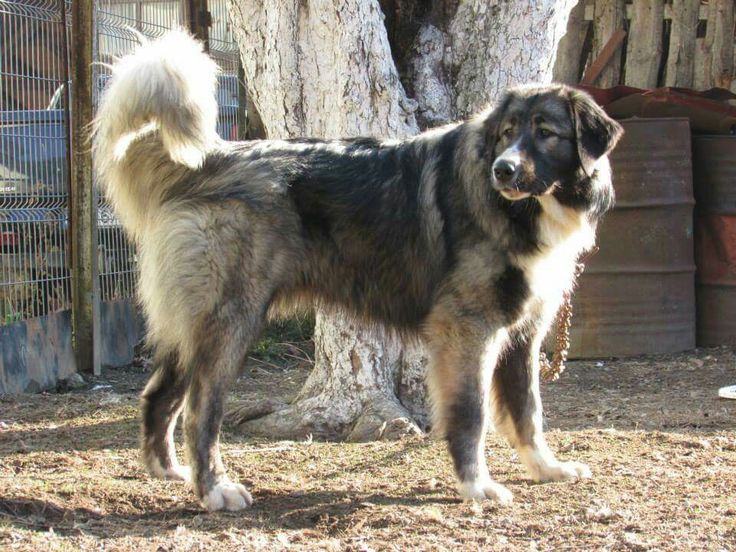 Maria Sala is a large, shaggy grey mongrel -- a mountain sheepdog landrace whose phenotype resembles an ill-bred Carpathian Shepherd. She is very thin, often matted (especially behind the ears and in the tail), and reeks of alcohol and carrion.

The daughter of European traders, she was born in one of Chesapeake Bay's trading hubs. She lived a pleasant childhood until her parents, who had fallen into terrible debt, sold her away: spinning a story that they'd married her off. It did not take long for Maria's life to fall to pieces, and when she won her freedom at about two years of age, she was changed, addicted to various substances (especially alcohol) and willing to debase herself for them.

Notably, she gave birth to a singular puppy while hiding out in the Concrete Jungle: Clover, who would later be rescued and named by Jehan de l'Or [M][1]. Maria made no effort to find her daughter; she instead stayed in the city for another few years, scavenging and hanging out with the gangs that came and went. One band of these squatters[2] was later chased out[3] by Infernians -- including Clover, whom Maria did not recognize.

After being kicked out of her haunt, Maria traveled west, hopping from city to city and establishment to establishment in search of her next fix.