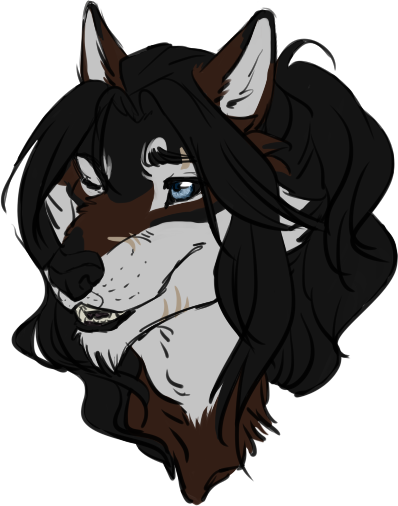 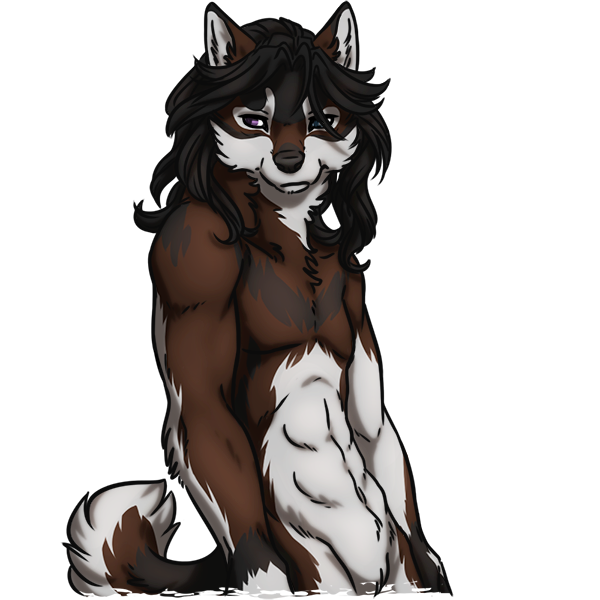 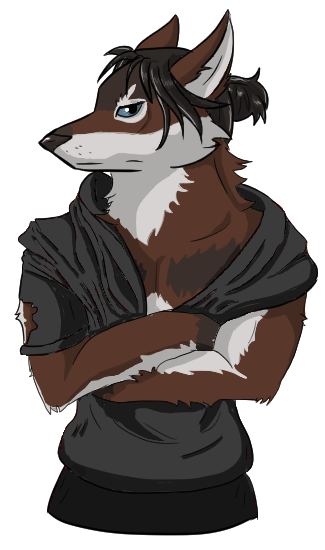 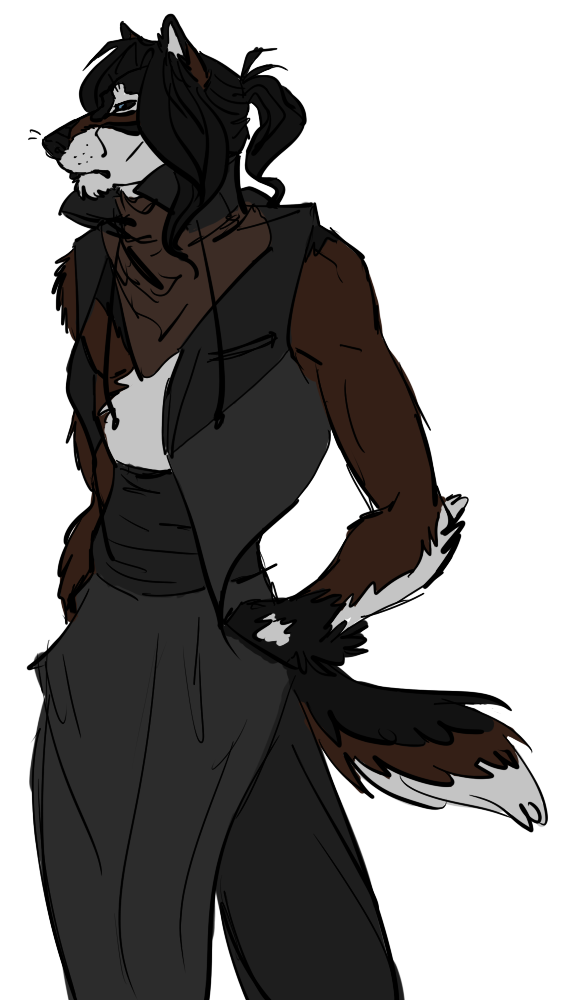 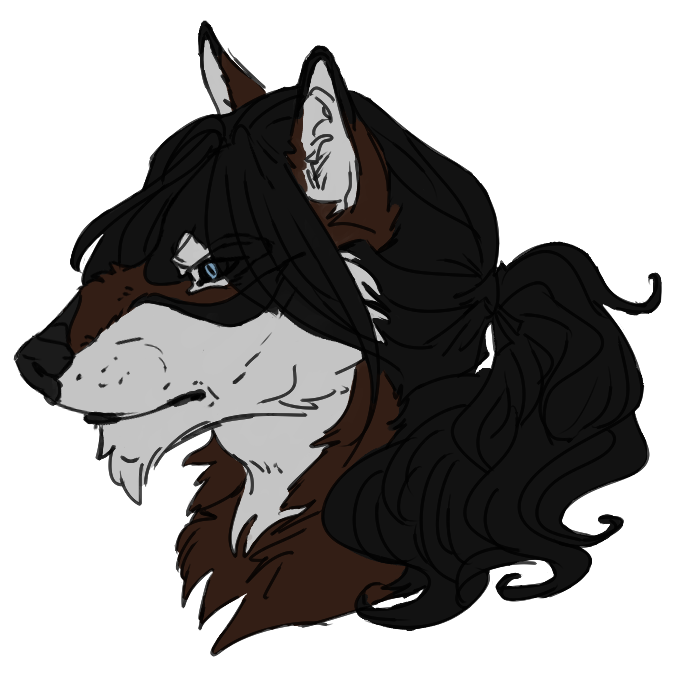 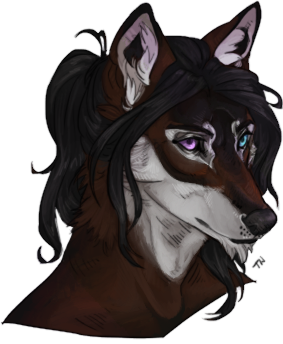 After a rough childhood and even rougher years in his younger life, everything seems to be looking up. He loves his mate, Dusk and their three children, Borya, Lyubov, and Zasha with all his heart. He hasn't forgotten his past and it can surface in moments of indecision, apprehension and spontaneous actions that weren't completely thought through. For the most part, he is dependable and kind, and seeks only to be his best for those that now rely on him, as well as his pack.

He does not deny a god or gods, but he fails to give them a name.

Zetsubou was born of a loveless contract between his mother and father Shaamah in Sapient. He, among his two other brothers, Hibiki (Formerly Kaimu) and Jamaigo, were not cared for lovingly and the expectations they had to meet were high. Expectations that Hibiki could not meet, something that Zetsubou began to notice early in life. After the Familia Sugit conflict, where Shaamah's family preyed on Sapient because of their affiliations with his father, the two left for Portland for training. There, Zetsubou was put under rigorous combat and education served by his father relentelessly. When the two returned, Zetsubou was a capable warrior in knowledge, but his spirit wasn't so bold. Thus, one of his fingers was removed in a fight with Julia.

Several intense events played out after Zetsubou returned, with one of them being the kidnapping of his brother, Hibiki, and the death of his mother, Miwa. Ultimately, the struggles within lead secrets of the pack's Sagax to come undone and the leader escaped, having taken lives alone the way. When Sapient disbanded, Zetubou made the foolish choice to stick by his father's side and they worked as contract mercenaries within Amherst. He was little more than a baby-sitter for the goods they'd amassed from Sapient and work over time, as well as keeping folks out of their little ruined building. During these times, Zetsubou and his father both made trips to Casa di Cavalieri by request of . These trips eventually lead to Zetsubou getting attached to their eldest daughter, Dusk Hushhowl.

Seemingly overnight, Zetsubou's life had changed. After Hartt's death, they no longer entertained CdC with their company. Shaamah had met a woman by the name of Sekmeht, to whom was actually Helena Troy Lykoi. She proffered attendance to Shaamah and his song with Salsola. This lead to Shaamah entering their ranks as a capable warrior, and turned Zetsubou into an indentured servant.

During one of their outings for scavenging, under the cover of still being Loners despite their affiliations with Salsola, they were visited by Dusk with word that she was pregnant, soon to birth, and that Zetsubou was the father. Then and there Shaamah attacked Dusk, wounding her and sending her into premature labor, and despite Zetsubou's attempts to defend her, Shaamah was too powerful. From that moment on, he was a completely broken spirit. He'd earned his mark within Salsola, a scar on his chest with the Hand of Eris, and tempted to let infection kill him. At the discovery of his attempt by Kamari Kaiser and a very frightening warning, Zetsubou no longer attempted to end his life through passive means and became the image of the perfect, if not overly-submissive, servant.

As the relationship between Helena and Shaamah began to deteriorate, and as Shaamah slowly began to lose his grip on reality, Zetsubou became inspired and found new vigor. In a ploy for his own freedom, he sought to attack and kill Shaamah on their next scavenging outing. To his surprise, he was met by friends, family and strangers all the same who had the same idea on their minds. The battle was tough, but at the end of it, Shaamah was defeated. It was at Zetsubou's request that he be let to survive and escape with his life, not wanting to be the merciless man his father was.

At Dusk's request, he joined Casa di Cavalieri and there he still resides. During The Mad King event, his suspicions that his father was at the center of all the discord in his home pack lead him to seek out his father. There he found not only his father, but he found his grandfather and the sons that Shaamah had while within Sapient with Kaeli Blacksun. Nazar Blacksun and Mithra Blacksun were both in attendance, as well as a woman he wasn't familiar with. His Grandfather had it in his mind to attack Shaamah again and Zetsubou followed quietly in hiding, wanting to see the outcome of this before he would make himself present.