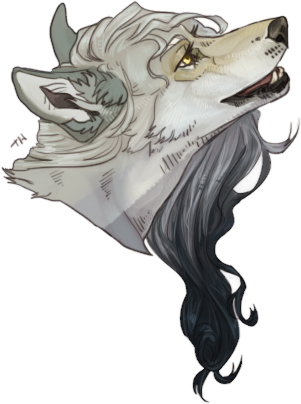 Zansa is the second-born daughter of Baelish D'Angelo and Zuri Acidic-Trombetta, and is sister to her litter-mate Zelda D'Acidic. The siblings were born together in Mistfell Vale, where they received every bit of love and attention they could wanted from their parents. While their father was much more relaxed, her mother was the one that kept things in order, and true to the nature of where her mother came from, made sure her daughters kept to a certain standard with their appearances, at least in terms of keeping up with pelt and hair maintenance. Their childhoods and into adulthood was relatively normal.

That was until their father had come back from one of his business trips. At first, nothing really seemed to be wrong aside from him slightly avoiding her mother. From there, it had grown to the point where her parents were yelling at one another, shaking both the girls. Zansa kept closer to her mother, her father cutting himself off from the rest of his family. Zansa doesn't know much about what happened between them, but there was now a new addition to their family, her half-sister Callisto. Confused at first, but she came to love the newcomer to her life.

She soon moved out of her parent's home, finding her own place and continues to forge her own path in the Vale, while keeping in touch with the other members of her family.

What Zansa has been up to while living in Mistfell Vale, her interests, and specific talents will be left open for her adopter to expand upon.