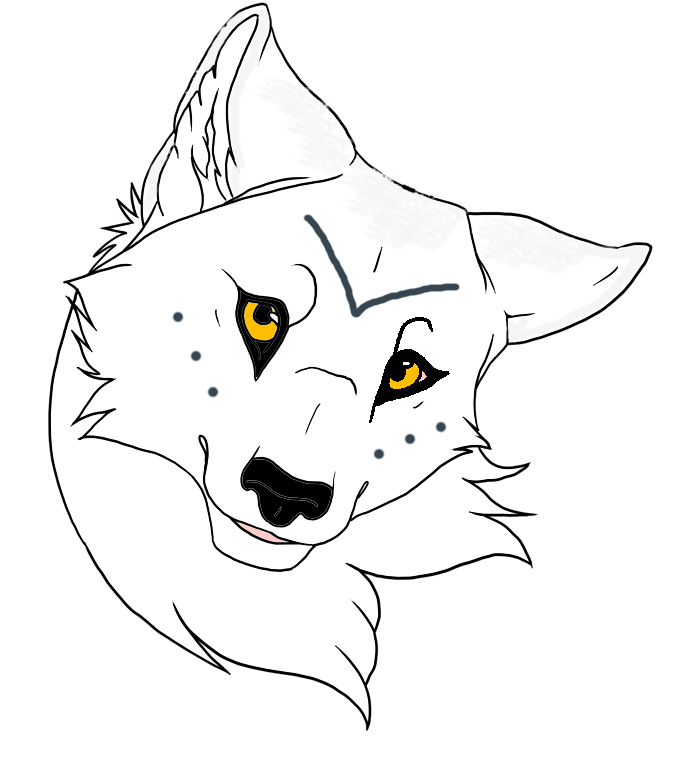 Yuka Nukilik is a lone wolf who arrived in the 'Soulsverse in April 2018 from her Arctic home in the barrenlands near Rankin Inlet, Nunavut. She is Inuit and has a slight accent, and traditional tattoos that set her apart. Yuka is a member of Mistfell Vale and her current rank is Crowstooth. 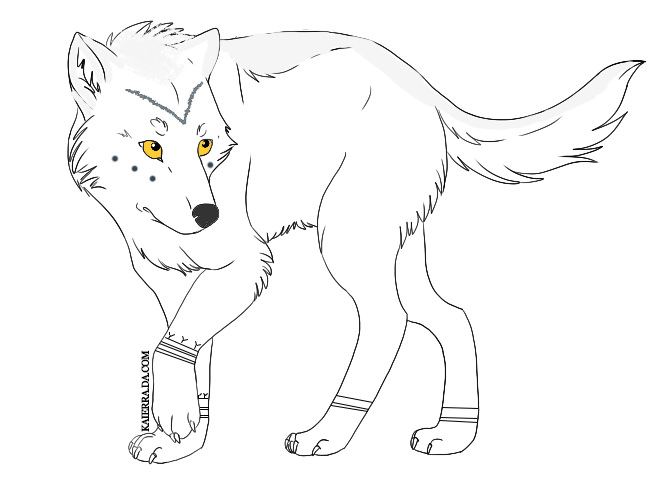 Yuka may come off as aloof but that is only because she is quite introverted and prefers to observe and analyze rather than to participate. Despite this she is very hard working and loyal and strives to protect those she cares about and her home above all else. Others may see her as overly serious but she does have a more relaxed, shier side that comes out when she gets closer to someone.

Yuka believes in the Creator, the one who made every living and non-living thing, and what she calls the 'Old Gods'.

As a long wolf and a traveller Yuka is looking to trade various items such as carvings, sewn artifacts and beaded decorative pieces in exchange for tools, weapons, food, jewelry, etc.

Yuka was born in the spring of 2016 under the return of the midnight sun, on the tundra in the Kivalliq region of the Canadian territory of Nunavut. Her parents, Kallik and Tapeesa, were the Alpha pair of a pack of 10 Arctic wolves who had made the Kivalliq their home. Her early days were spent chasing ptarmigan across the slowly budding tundra with her brother, Toklo. Food was scarce in the region due to overhunting of caribou from the surrounding packs who had encroached on their territory from their original lands in the Northwest Territories.

Due to this shortage and a warmer climate keeping the caribou further south, her parents decided to move their pack across the still-melting ice on Hudson Bay towards the Northern regions of Quebec. Here they followed caribou and had a successful summer hunting season but with winter came the competition – hungry polar bears. No match for the larger predators the pack was forced to move south again, changing their diet from caribou to white-tail deer and moose when they could bag one.

As Yuka and Toklo got older and came into their adulthood, the yearling Toklo decided to branch off on his own to find a new pack and new experiences. Despite the pain she saw it bring to her parents, this inspired Yuka to forge her own path as well, so on her first birthday she asked permission from her parents to leave the pack in search of adventure. They agreed – with one caveat – she had to bring her aunt, Atiqtalik, her father’s sister.

Atiqtalik and Yuka set out from the Northern reaches of Quebec and went east, slowly becoming accustomed to the warmer climate and unique fauna to the region. Somewhere along the way they were joined by a few other stragglers, one of whom Atiqtalik fell in love with and left Yuka after much deliberation to start their own pack. Despite offers to join, Yuka was not yet satisfied that she had seen what the new land had to offer, and so she trekked on.

Now Yuka has crossed into New Brunswick near St. John, where after months of travelling on her own she found herself wanting something more – a pack, a purpose. On April 23, 2018, Yuka came across the borders of Mistfell Vale and was accepted into the pack.