Serene Eternity is a member of Salsola presently ranked as The Confidant.

Named Wretch D'Angelo at birth she is the daughter of Eris Eternity and Larkspur D'Angelo and littermate to Salvia Eternity and Pandemic D'Angelo, born in Anathema. Very early in life she was separated from her family by a terrible storm, lost her memories of her original family, and spent much of her formative years with her adopted Stormbringer family in Ichika no Ho-en before leaving the pack and traveling on her own. She was briefly enslaved by the Dawnrunner wolves but was rescued by her adopted uncle Gideon Stormbringer who brought her to Vinatta where she stayed until she recovered the memories of her early life.

She left Vinatta in search of her birth family and found them just across the bay in Salsola, which she joined in September 2014 despite her conflicting views that did not align with the pack's use of slaves. She later moved out to Salsola's Freetown Outpost and then again to the new Portland Outpost - following the fall of the Red Star - which was where she lived for a few years, helping out mainly with animal care and keeping inventory.

Serene returned to Salsola proper in December 2016 and - along with several other packmates - was attacked by a group of wolves that were later discovered to be a resurgence of the Boreas faction hell-bent on destroying Salsola. It did not take long for the Family to discover their hideout and in a joint effort with Inferni they were swiftly wiped out for good.

Life returned to some semblance of normalcy until April 2017 when a strange sickness struck the realm and nearly claimed Serene's life. It was through the exhaustive efforts of the Jagermiester and others that she was able to pull through and after a few weeks in recovery she was well again. Grappling with death caused her to rethink the course her life was taking and in an effort to make more out of it she changed her name and devoted herself to her pack and to her new mate.

When the Inferni-Salsola War started later in the fall, Serene did her best to be useful to the pack. She established a forward triage station along the eastern border and provided healing aid following the Battle of Drifter Bay. She eventually had to back away from the war when she realized she was pregnant and gave birth to her first litter - Sidious Eternity and Senua D'Angelo - at the end of October. 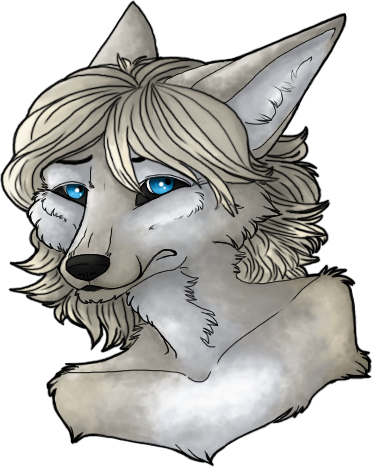 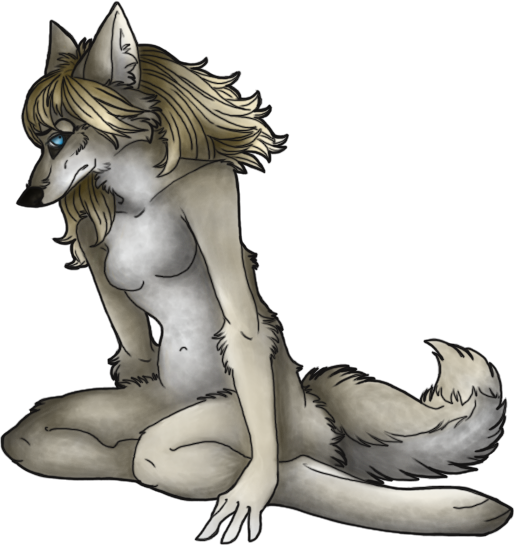 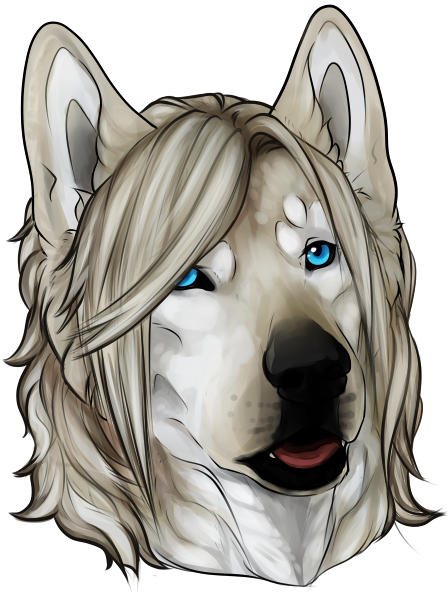 Serene lives with her family and Vesta in a large hunting cabin on the western edge of The Ruins.

Around Serene, Scorpius, and the rest of their family Midnight is very tame, good-natured, and easy to handle. She enjoys spending time with the luperci closest to her just as much as being alone and since becoming a mother has grown much more affectionate than in the past. She is still nonetheless strong-willed though levelheaded, tough and fearless, sure-footed, dependable, and quick. She loves to run freely whenever she can but is equally comfortable with a saddle and rider, though she will let you know when she's had enough. Around anyone else she deems untrustworthy she is a force to be reckoned with. Any stranger attempting to handle her will find her hard to control, unruly, and ignorant of commands or direction and anyone who attempts to ride her will likely receive a swift kick, buck, or bite.

Wretch, Salvia Eternity, and Pandemic D'Angelo were born in the winter of 2010 in Anathema. She was seperated from her family and swept away during a thunderstorm.

Wretch was taken in as a pup by Saul Stormbringer of Ichika no Ho-en, and was raised there. She had many injuries as a pup and grew up in a very sheltered environment due to that. She had her leg broken twice in her first year of life and was attacked just beyond Ichika's borders three times before she chose to leave it.

Wretch lost her traveling partner Tawny and could not find her. She also chanced across an abandoned pup outside of Ichika when she went back to see if her father Saul had returned there. Wretch left the lands to live her own life for a while, and soon tired of the pup that she carried with her. It was very needy and difficult for her to care for, so she gave it to a mated couple who had always wanted to have children but never could.

Wretch then went in search for somewhere to live, perhaps more permanently. She stumbled into the camp of the Dawnrunner wolf clan and was perceived to be an enemy spy. She was taken captive and made to work, and was whipped and beaten if she could not. Wretch noticed one canine that continually seemed to be popping up around the Dawnrunner territory, but never made any effort to communicate with her other than a quick, occasional smile.

Wretch had been worked nearly to the point of exhaustion by the time she was rescued. Gideon Stormbringer, her uncle, had somehow discovered her whereabouts and broke into the camp during the night to try and free her. He managed to grab her and escape, but not without confrontation. He fought off two canines before suffering a sneak attack from a third who had wielded two daggers against him. He barely escaped with his life.

Since that day, Wretch and Gideon have been recovering and gaining supplies for the trip back to Nova Scotia. They left Ascher and Shiloh behind in Stormbringer territory, inviting them to return to Nova Scotia if they could get a break from the fighting.