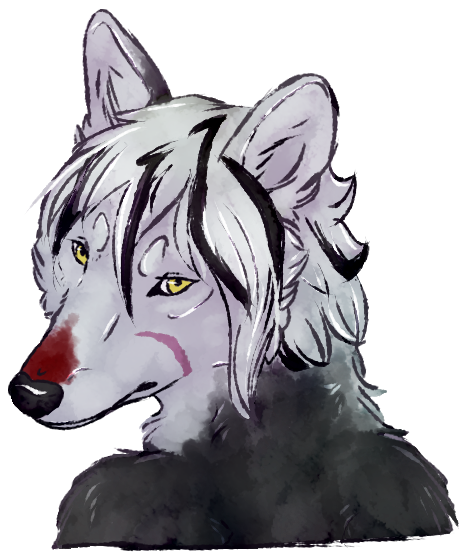 Winter Dove Reverie is the daughter of Micah Sunrise Lykoi, born in Juniper Peace. Graceful, reserved and artistic true to her Juniper roots, Dove was shaken after the murder of her eldest sister to Mistral de l'Or while the Reverie siblings visited Nova Scotia to investigate the Red Star's falling. Overwhelmed and feeling naive about the outside world, Dove remained behind in Nova Scotia with her little brother River Lark hoping to find direction and confidence.

After an attack in December 2016 in a precursor to the Second Boreas War, Dove and River sought refuge in Inferni. When River went missing at the end of the war, Dove became determined to find him; shell-shocked and heavily depressed, she starved and exhausted herself in the process. When a plague spread through Nova Scotia that April, Dove was heavily compromised due to her weight—and after nearly losing her life, began to change her ways.

Dove participated in the Inferni-Salsola War in fall of 2017 with the clan. Following a violent act of betrayal that resulted in a grisly scar and the loss of her hair, Dove was encouraged by Salsolan captive Neith Heiwa to flee Inferni with an imprisoned Salsolan child. Though torn, Dove fled for Cour des Miracles with Ask Fylgja—renamed Gossamer Reverie—before the war's end. During the Winter of Tarnished Gold, Dove rebelled against the rule of usurper Queen Mistral de l'Or—her sister's murderer—and personally helped put the madwoman to death.

Dazed by otherworldly blossoms, Dove dropped into the sea from a cliff in late April of 2018.

Dove lives in a dugout near Folly Lake, preferring the freedom of outdoors to buildings like the D'Neville Mansion. Strictly during the winter, Dove lives in 1F05 of the D'Neville Mansion, on the first floor close to the stables. The room is bare bones, containing little more than what she arrived to find, but a colorful crocheted blanket lies folded nicely on the bed.

Winter Dove Reverie—though preferring to use her middle name, Dove—was born on the second of December in 2015 in Juniper Peace to Orchid Reverie and her mate, Micah Sunrise Lykoi, the clan's leader at the time. Given the surname Reverie so as not to be "cursed" by the Lykoi name, Dove was the third and middle child of five, and was named for the patterning of her pelt.

Her upbringing was a happy though unusual one: Juniper Peace was a nomadic, migrational tribe, never to settle but always moving, and its peace-loving members open-minded and flagrantly uncensored. Dove was visually exposed to sex and drugs from birth and grew up entirely comfortable regarding them. Junipers were habitually insistent in their peace-loving ways to the point of ignorance, and Dove took from her experience there both an open-mindedness regarding different paths of life, as well as a dire need for greater purpose.

In the summer of 2015, shortly after most of the siblings reached shifting age, Dove and her siblings followed eldest sister Saffron Reverie, with their father's hesitant blessing, to Nova Scotia to view the aftermath of the red star's falling. Near Cour des Miracles the five Reveries came across adoptive sibling Mistral de l'Or, recently departed from the nearby Court and emotionally unstable. Upon learning that her adoptive father had named his eldest child the same thing he had called Mistral when she was young, she irrationally lashed out; Dove and her siblings found their sister and leader Saffron poisoned and dead. Distraught, they cast her body to the sea, then fought over what to do next. Dove, too afraid to return to Juniper Peace with the news of Saffron's death and Mistral's intervention to their poor father, selfishly refused to go home. While her younger brother River Lark remained with her, her siblings Gust and Mint returned home to Juniper Peace bitter and angry with Dove's decision.