Willow Martel is a member of Del Cenere Gang, ranked among Los Linternas. He is the son of Wade Martel and Annabel Ellery, and younger sibling to Silvia Martel, Raeburn Martel, and Owen Martel though he is the only child of his litter. When his father died and his older siblings were elsewhere, his mother abandoned him too young, and during the time he was essentially orphaned he was taken in by Courtright family as a ward in the nearby Palisade. As the Courtrights act frequently as muscle, Will's training there focused mostly on combat skills.

He departed Palisade when he was old enough for the purpose of experiencing new sights and climbing the ranks of Del Cenere.

While not the most ambitious of their pack, Willow nevertheless is motivated to garner positive attention from his peers and work on overcoming the shyness typical of adolescence. He has managed this with relative ease, and as such is a exemplary (if not cookie-cutter) example of a Del Cenere Gang member. Once rather bias against wolves, his view on them has warmed considerably after forming good relationships with some wolves of the Kingdom New Caledonia. He keeps this to himself, but his wolf sympathy is something of an open secret within the Gang: the only 'mark' against Willow.

Although carrying no more weight than your average 'yote, and coming in a bit shorter at that, Willow's doggish fur makes him look bigger than he is. It is exceptionally soft and wavy, even curly during humid weather. Willow freshens up at bodies of water when he can get the chance, contributing to his fur's shine and softness. It is one of life's little comforts to him.

On closer inspection, Willow doesn't seem built for fighting. While under the surface, rigorous training has made his body ready for any form of combat, it doesn't show even in his two-legged form: his muscles are not naturally defined and even in Optime, where it is stretched just that bit thinner, his fur does a great job at hiding them.

His hair in Optime is a wavy mess of fluff, same as the rest of him. He holds himself in a way one might consider shy. He may hold himself, or more specifically, hold his hands behind his back, arm covering a long dark scar on the lower half. Willow has only just reached full maturity and it shows in the way he carries himself around. He does not like to be the center of attention.

On a regular basis, this character...

This character is open for trade for items they create. 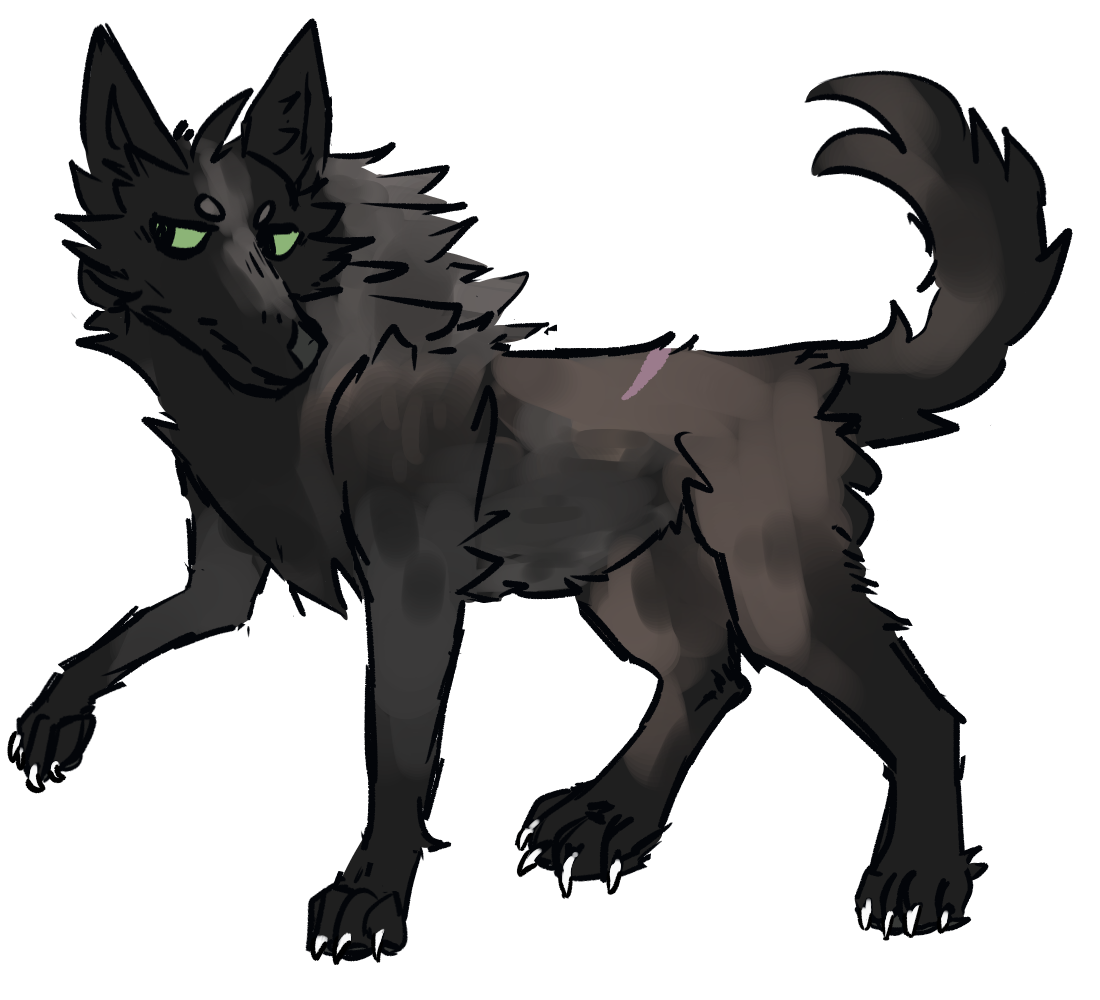 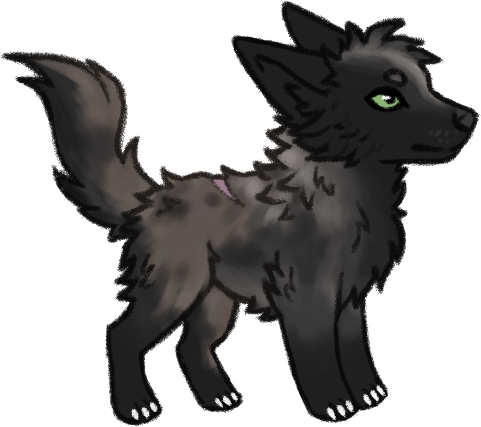 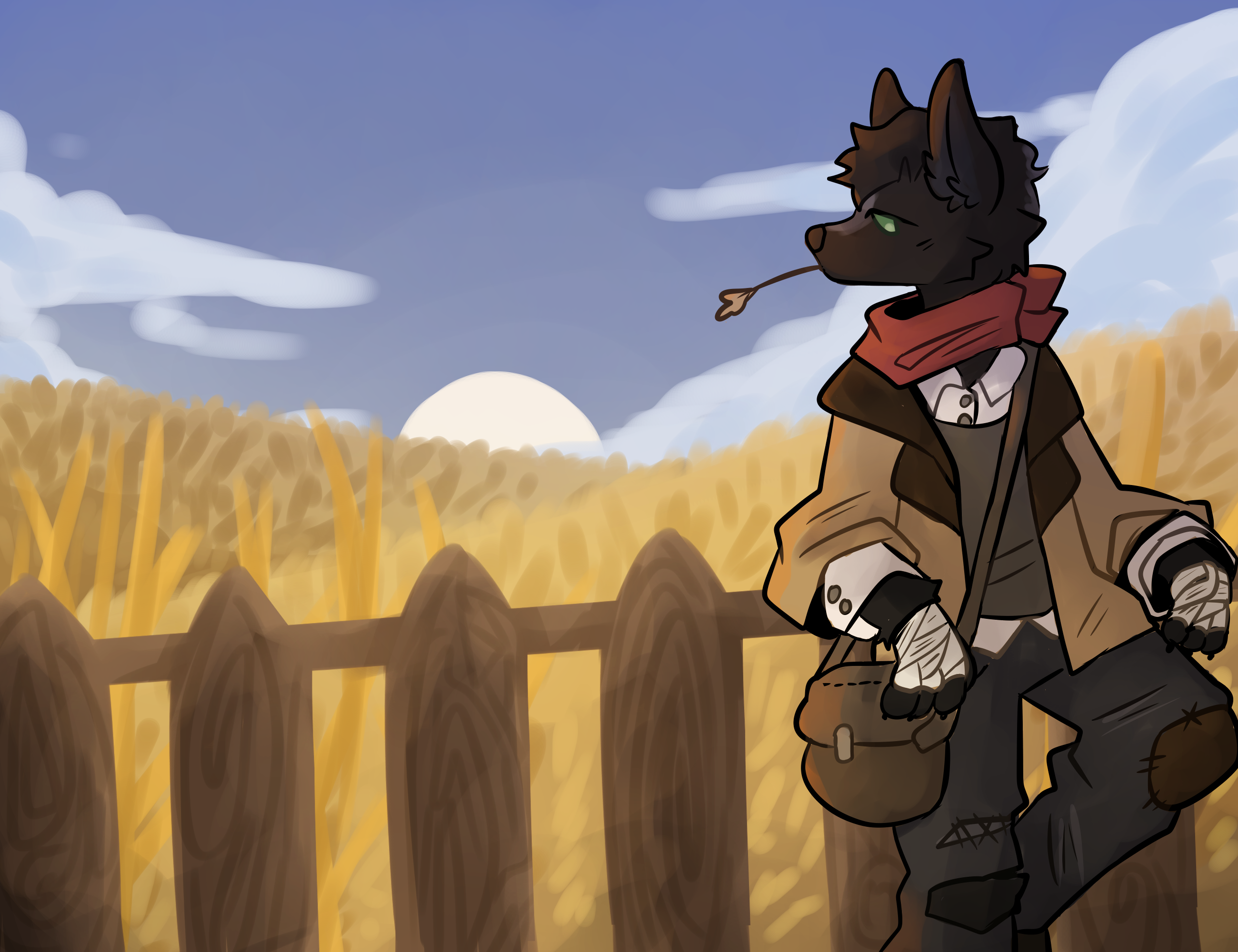 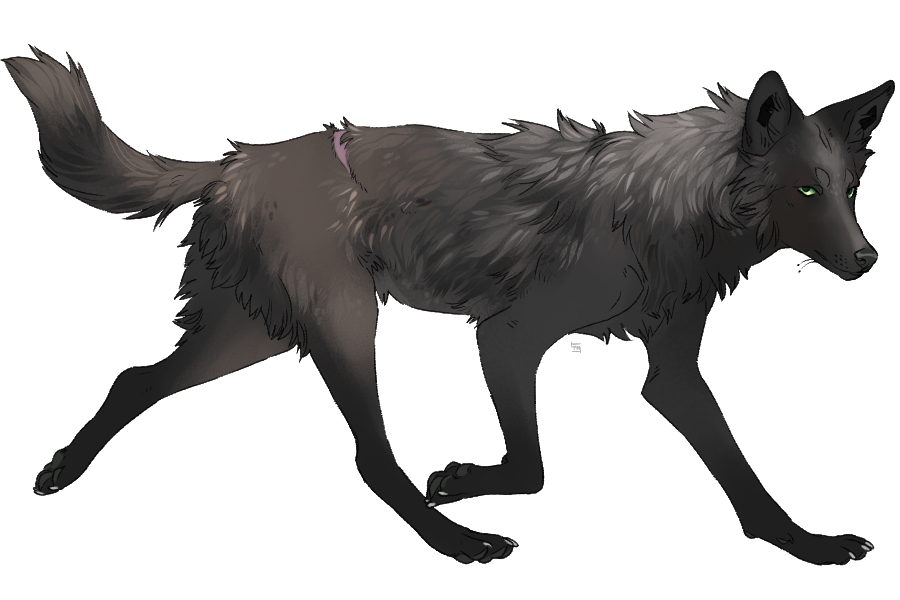 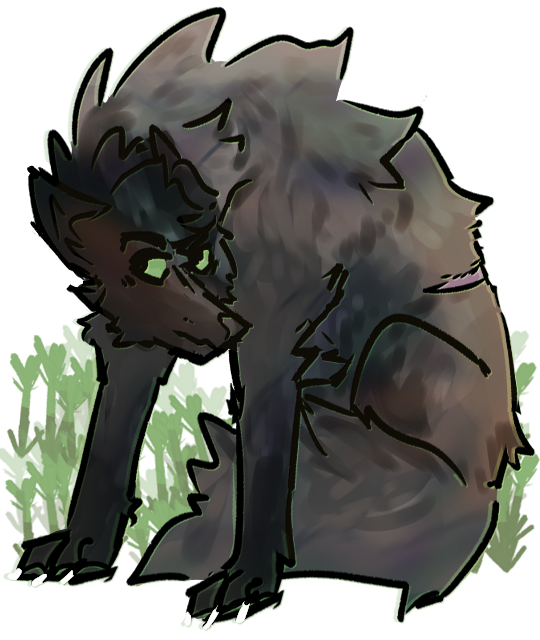 Willow is still coming into his adult life and it shows in the form of his self-conscious disposition. He is still more concerned with himself than anyone else, to a point that is typical of his age. While once non-committal and malleable to an extent, he has chosen certain values and morals that he will uphold at any cost. He does not like to break the law or even bend it as some other Ashen do. He is capable of adapting if need be, but is emotionally a fan of routine and does gets irritated when his ways are challenged. He walks a tight-rope between rebellious and obedient. Willow heeds the orders of elders yet in ways purposefully 'misunderstands' them to suit his desires.

Fiercely independent on the outside, Willow hides a soft spot that in the past cost him dearly. Because he was once punished by life for trusting too easily as a child, he may refuse to do so again and is scared to be vulnerable, even around those that could obviously help him with his plights. He hates to have anything handed to him and prefers the satisfaction of hard work over shortcuts to glory or victory. He is promising in his dexterity and shrewdness that makes him a formidable combatant, especially being trained by the Courtright family.

Over his time spent in the Gang, he has become something of a social butterfly and usually can pinpoint names to faces easily. However, his communication with others is often surface-level: shallow. He still prefers to keep his inner emotions private, and may struggle to even identify what they are. He is rather observant to both people and his surroundings, though his greatest blind spot is dealing with complicated situations, emotional or otherwise. He tries to find the gray in life, but his habit is to view things in black and white.

Homosexual and homoromantic. Willow still struggles with internalized homophobia, but recently has been trying to overcome this. He is monogamous. Willow is not flirtatious and has a hard time even realizing when he is attracted to someone. His lack of experience makes it hard for him to pin down his emotions.

Willow believes in divine powers, but does not believe in a singular God. He does not think much about the prospect of deities and instead believes more heavily in concepts like karma, faith, fortune and luck.

Has used both marijuana and alcohol in the past and would do so again, although he generally strays away from tobacco, not liking the smell of it all that much. He is wary of shrooms due to a bad trip.

Ashen of Las Brasas or above may borrow Rustbroke for short rides around the Ganglands, just keep in mind his skills and personality.

With Palisade behind him, Willow moved to Del Cenere, joining their ranks as an Encender. During his probationary period, Will struggled to juggle work and play, having not a small amount of misadventures in neutral territories. Despite this, he was promoted to Las Brasas in July. This, along with a mishap which involved him injuring his friend Liam del Morte during an archery competition, made Willow resolve to take life more seriously. He began work on his residency in Irving with the help of his pack mates.

Unexpectedly, his older brother Raeburn Martel showed up to join the Gang and figure out what happened to Willow. At first, Will responded with hostility, experiencing flashbacks of the trauma he had experienced alone without his siblings along with gender dysphoria. When regaining his composure, he began to form a bond with his older brother and took to accepting that he would now have someone of his own blood to work alongside him. Their relationship slowly grew over the months they spent, though Raeburn did not have the same ambition as Willow and found himself sitting at the Encender rank for quite a while.

Another shake-up in Willow's life came when, during a visit to New Caledonia, Liam acted on romantic feelings for him and kissed him on the lips: his first romantic experience. This caused Willow to withdraw into himself and give thought to his internal workings. Suddenly surrounded by people who give him care and support, Willow finds it easier to grow into a man. He participated in the Lancaster Stockshow in the form of the Clay Pigeons event. The Stockshow saw Willow back on his feet and putting hard work in after a couple of weeks of seemingly slacking off.

Becoming less prejudice and open-minded, even to his brother's lack of work ethic, Willow started 2023 off with hope in his heart. Raeburn, for his resolution, promised to show Willow he could turn over a new leaf. The Everglow event calmed Will's heart and let him be at peace.

Mere days later, Willow killed someone for the first time.

(This arc is still in progress...)

To read this character's threads, please visit their thread archive.