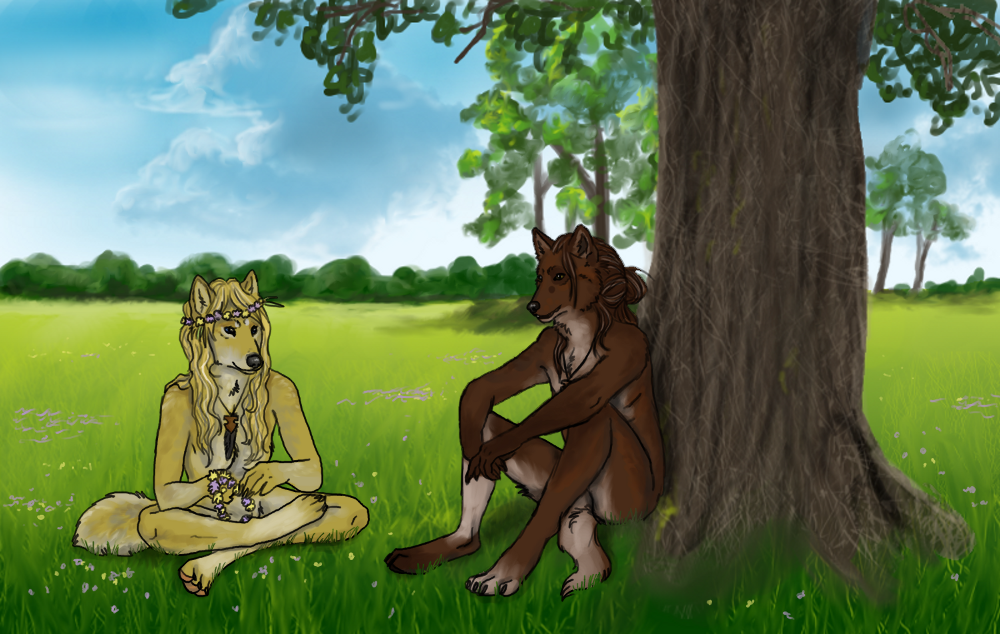 Valérian Coeur is the son of Anu and Tayui Aston conceived with the aid of a wolfdog and birthed by Tayui. Youngest of his three littermates; Andira Coeur, Carya Aston, and Auguste Aston, he was within Vinátta. Unique in the way his mind works, very little really comes as a surprise to Valérian; he accepts what he is told, not acting surprised, scared or shocked, only questioning the words of others when there is a clear fault to their logic, which can be viewed as a touch of naivety. Possessing compassion towards others, Val is naturally kind hearted and a little bit of a push over at times. He has strong ties to his mothers, to the point he may be considered a bit of a mummy's boy, of which he is adamant he isn't. Typically laid back and of a calm disposition, Val can be perceived as an individual whom is easy to approach, never judging others by what they do and is quick to forget past problems.

Whilst it is rare for him to grow worked up, even when angry he doesn't have much of a temper, at best he grows irritated and seeks out solitude, until he has calmed down. Only on a handful of times has he wanted to resort to violence; in defence of his pack and in self defence.

After the loss of Sólieri, Valerian withdrew into himself and the confines of his home. Wrecked with guilt and self loathing, he strives to make himself strong and is fiercely protective over anyone close to him; yet actively pushes them away, afraid of letting someone become that close to him again. Fixated on making up for mistakes he believes himself responsible for, Val is prone to disregarding his own welfare and working himself too hard, showing little to no care for himself.