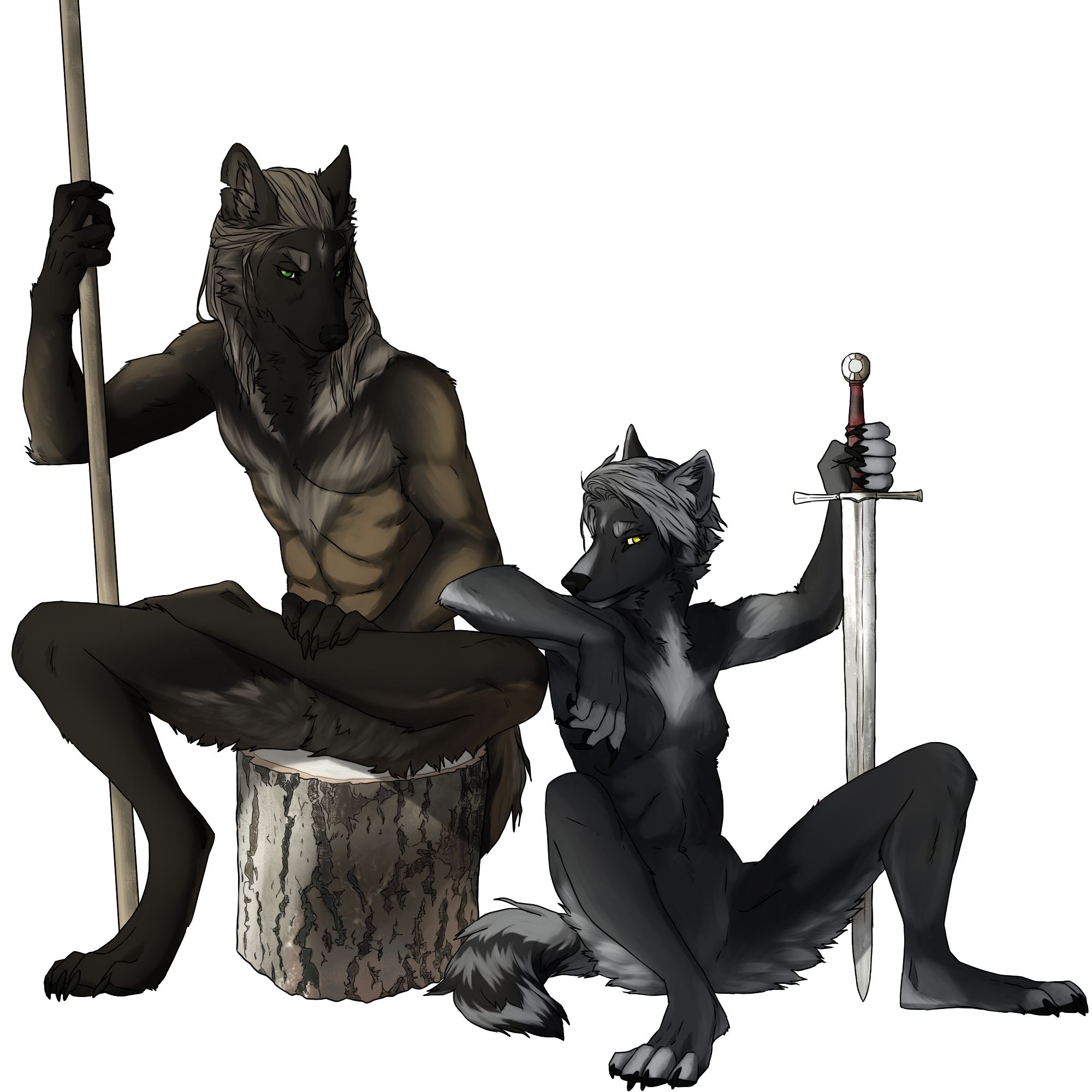 Starlight Hushhowl was born to Remus Knight and Night Hushhowl on September 18th, 2018, sister to Orion Knight. She was born in and is a member of Casa di Cavalieri. She is currently a Sworn Brotherhood memeber, Master Equestrian. She holds the coranks of Blacksmith and Stable Master. As a child, she was apprenticed to Aldora Knight and began her blacksmithing training under Hibiki.

Star is an ambitious and loyal Cavalier who has devoted her life to keeping her pack strong and safe. After a series of months characterized by the sudden loss of many packmates and the betrayal of a man she trusted, Starlight is conflicted about her place in the world but is working hard everyday to squash her feelings of doubt.

Starlight Hushhowl takes it upon herself to embody the spirit of her birthpack. She is loyal, honest, and brave to a fault. The protection of her people and her homeland take top priority - including over her own happiness. While she's mellowed out into adulthood, Starlight still carries anxieties of being betrayed by those she trusts as she was as a young woman. She trusts very few of her comrades with the wellness of Casa di Cavalieri and even fewer with the matters of her own heart.

Starlight chooses to believe that all matters of emotion can be bested if you ignore it hard enough and she doesn't understand why others have such little control over their own. She has little patience for emotional drama or careless mistakes. If you just work hard enough, life will fall into place.

True to her Hushhowl roots, Starlight leans more towards feral than many of her Cavalieri kin. She chooses not to adorn herself in clothing or partake in many of the frivolities of life such as art and dance. She stoically believes in "traditional" lifestyle choices, going so far as to practice abstinence until choosing a life-mate and denying herself the idea of mateship within the same sex though she respects many who have same sex partnerships.

The Hushhowl woman is abrasive and tense at all times, certainly not one to take well to a joke. The only time she seems to relax is when she's atop a horse or beating metal over an anvil and woe to the person who interrupts her during these pastimes.