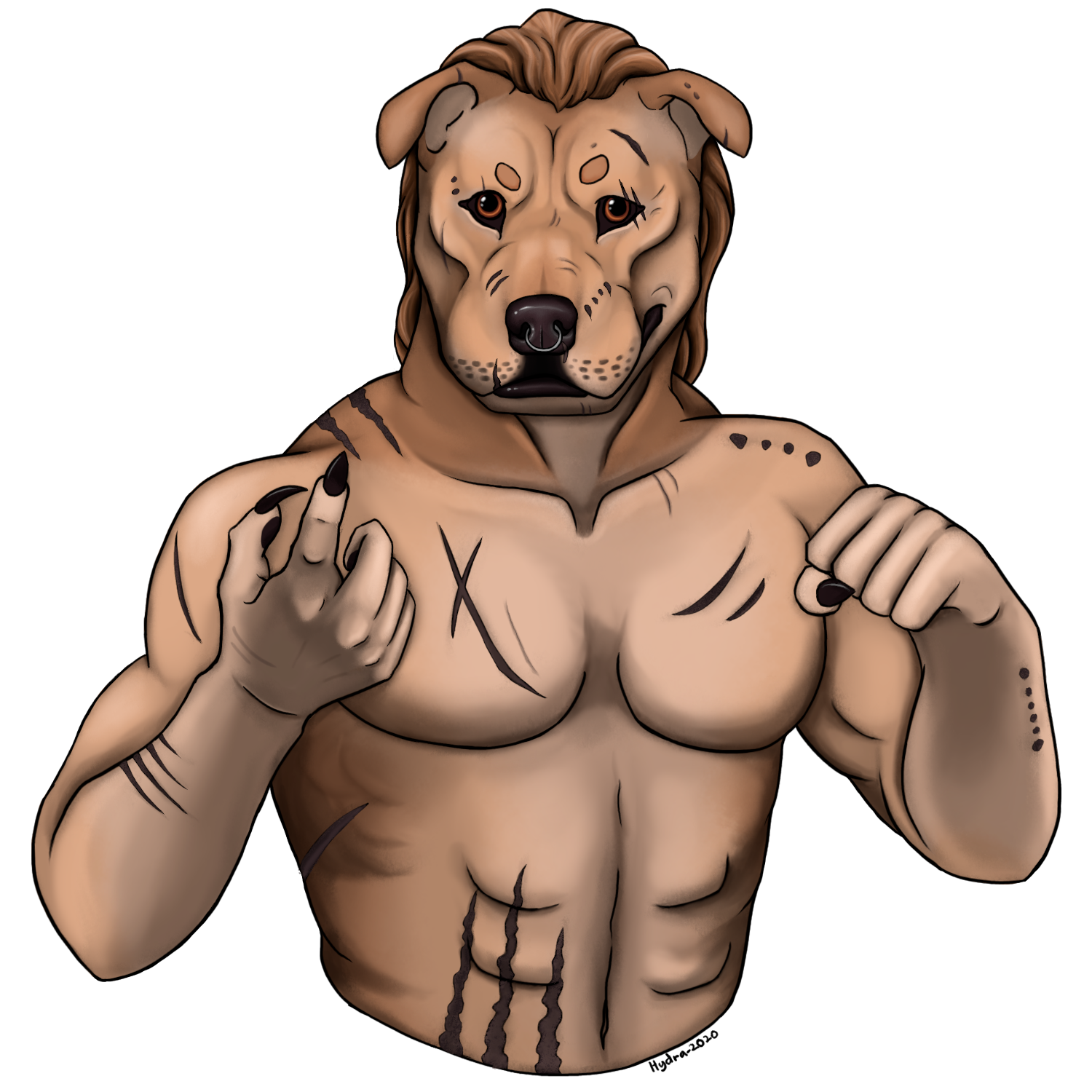 Clever and down to earth, Katelyn has learnt to view the world through the eyes of others while remaining unbiased herself, this has allowed her to possess a rather neutral view of the world and a comfortably flexible moral compass which allows her to focus on self-preservation above all else.

She has come to value others opinion after being exposed to her family’s judgemental critiques for so long, adopting several behaviours that could be taken as vain or shallow like constantly grooming herself and adding pretty adornments to her figure whenever possible. Being her natural beauty one of the few attributes praised by her family made her very appreciative of such traits in others and herself.

She doesn’t shy away from compliments and is quick to offer them whenever they are deserved. She despises false flattery and believes that a well-placed critique is preferable if one wishes to progress for the better.

Katelyn is very physical when it comes to showing her emotions, mixing gestures and facial expressions to get her point across. She doesn’t hesitate to make her frustrations and anger clear; however, whenever emotions such as sadness or grief overwhelm her she becomes more reluctant to share said feelings and usually attempts to shield herself behind a mask of indifference to avoid exposing herself during moments of vulnerability. In similar fashion she would rather choose to seclude herself from the world whenever she finds herself in a weakened state of health due to injury or illness.

Katelyn was born as a result of her mother’s infidelity which occurred during one of many trips to Italy. Despite the scandal behind her conception, she was allowed to remain under the protective wings of her family, receiving the same education as would a true heir of her parent’s wealth. She was provided with a tutor whose purpose was not only that of teaching but also he served as a paternal figure charged with keeping the bastard child away from the public eye.

As time went on, Katelyn began noticing the old resentment her family harboured toward her as a symbol of her mother’s mistake. She wasn’t truly mistreated but it was evident that her parent’s love was lacking. This became clear once her mother became pregnant with a new, legitimate litter.

Two younger brothers were born and the joy of the family couldn’t be greater. Katelyn felt happy for them even if this meant she would be cast farther away from the family’s affairs. She was often sent away to visit her relatives at Liverpool, where her wolfish appearance had her becoming a social outcast. However she found solace in countryside activities such as hunting and riding, developing a greater love for the wilderness than that she ever felt for the big city.

An idea came to mind upon hearing many tales of America and the lands beyond the great sea. She voiced her desires to her mother, pleading to be allowed to travel and see the world beyond the sea where she would no longer be a burden to her family. The Delane Matriarch did love her firstborn, but to waste such a good opportunity to be rid of that which stained her name would be foolish. She granted her blessing and the trip was arranged. Soon Katelyn found herself sailing toward Portland, with only a handful of items to her name and a great desire for adventure.