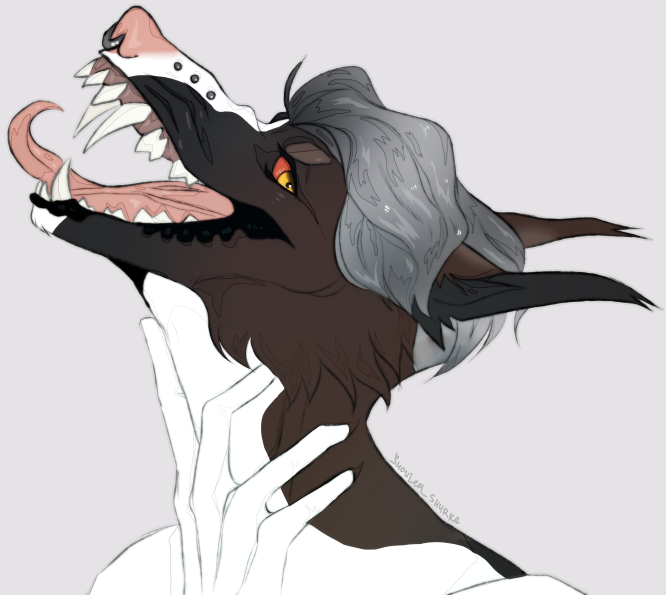 Raito Ulrich is the son of Till Van Ulrich-Lykoi and Helena Troy Lykoi. He was born alongside three half-siblings, Rufus, Pontifex, & Eusebia. He has a vast amount of half-siblings from his father's past lovers and/or litters. Those are; Coaxoch, Dirge, Priya, Chester, Oiseau, Baie, Spartacus, & Freyja. He was raised almost solely by his father, Till, as his parent's mateship dissolved while he was a young child.

In the early stages of his life, things were pretty uneventful. He grew up alongside his siblings, up until he was weaned, and then he was ushered away to live fulltime with his father and older siblings. It is unknown to Raito as to why he had to be ushered away, but his relationship with his litter-mates and his mothers suffered because of it. Seeing as he spent a lot of time with his father in his growing days, he easily grew more attached and dependent upon Till for just about everything. He learned to hunt, to read and write, and do archery, some spear-work from his father, and learned "the rest" from his older siblings.

Raito easily spent the most of his time with the youngest of his older brothers, Spartacus, and because of this, he picked up many of the unfavorable, bratty mannerisms from him.

Raito is best known for his short silver hair, his tailored "suit", and rather "proper" and arrogant air about him. He also always seems to be in motion..

Currently, Raito is a member of Salsola, ranked as a Family. He holds no co-rank.

As part of Salsolan Tradition, Raito takes up the name "Cronus" when he is doing dealings outside of Salsola.

Artwork of this character on this page is thanks to Jackkira@FA, Shouler@FA, Songbird, & Jmonster! Visual Designer is Jackkira@FA! Images in gallery are by the respective artists that are labeled underneath them! Thank you to every single one of you for your contribution to bringing this character to life! ∙ wiki template by Jmonster ∙