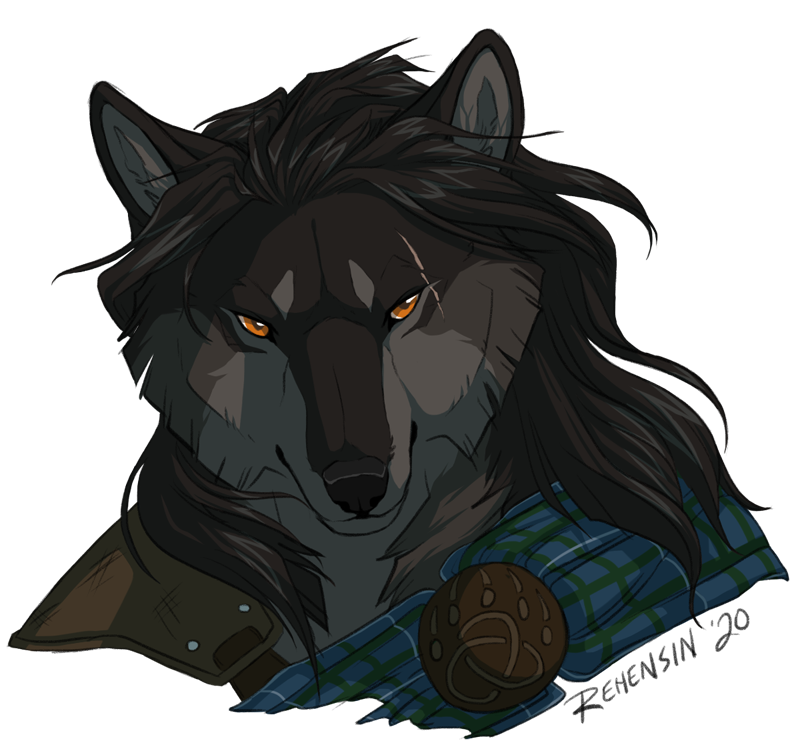 Raghnall Thorburn was a member of Casa di Cavalieri before meeting his end in a one-on-one fight to the death with fallen-Sola, Aldora Knight, in the early fall of 2020. He played a pivotal role as the main villain and mastermind behind the The Mad King plot that ran from January – September 2020.

He was ranked as a First Officer before briefly ascending to a Knight of Fenris, a position comparable to a council member. He held the co-rank of Guardsman.

He was the son of Tasgall Thorburn and Moyra MacRae. The oldest of his siblings and the Alpha's son, Raghnall was raised with the skills and expectation that he would someday lead the Thorburn Clan and those that had pledged their allegiances to it. When a letter sent home by Jamie O'Neil reached the High Clans, Alpha Tasgall sent Raghnall to see if the infamous and dishonored Knights Clan could be returned to their former glory and made useful to the Thorburn Clan.

Raghnall traveled overseas, accompanied by his cousin and friend, Dermid MacRae, and veteran warrior and ally, Duncan Mac'claidheim. From Portland, they made their way north, eventually arriving and joining the Cavaliers in the early spring of 2020. There, Raghnall and his Scotsmen observed the pack and its many descendants of the Knight defector, Ares Knight. Raghnall saw weakness amongst their number though, and decided that their leader and Lune, Luca Knight, was the source of it.

Using precise and anonymously-made psychological warfare tactics that spanned over the length of the summer months, the Scotsmen drove the Lune mad to the point of doubting his own pack members, and even publicly murdered two Cavaliers. Raghnall ascended to power quickly afterwards through skillfully manipulating the situation and taking advantage of the pack’s broken resolve. He became a councilman that would “help make Casa di Cavalieri better,” a position he intended to use to return the Knights to their former glory, just as he had been ordered to by his father.

He held the position for a month before he and Jamie were overheard by fellow councilman, Warlord Cedric Stryder. Though they threatened him, initially, into silence, actions made by Cedric’s adoptive son, Fredrick Knight, was the catalyst to the Scotsmen’s inevitable demise. Realizing they would be killed for their crimes against the pack, Raghnall dismissed Dermid from his duties, and sent him to inform his younger siblings of his death, as well as to become their advisor.

Alone, he met Aldora when she challenged him for the right to reclaim her title as the pack’s leader and alpha. He fought her with honor—without his armor, without his sword—with the pack as their witness, and died when her fangs found his throat.

The Rise of a Dark Knight

Raghnall was born in the Scottish Highlands to Clan Alphas Moyra MacRae and Tasgall Thorborn, and, as the firstborn son, he was to be the heir and eventually inherit his ancestors’ hard-earned legacy. The Thorburn Clan was one of many Clans—locally, known as the High Clans—that roamed the Scottish Highlands. Like many of the High Clans, the Thorburns were wolf-blooded, and had a very violent way of living; full of constant skirmishes for land, power, and goods. This fact, along with the general, harsh lifestyle of the highlands, Raghnall was cursed with a bitterly harsh life from the start. He lost his littermate and brother, Conan, to an assassination attempt while they were still pups, and he lost his younger brother, Eadan, during a border conflict with a rival clan.
His education in fighting and diplomacy were started from a young age. He was raised alongside his cousin, Dermid MacRae, who was expected to be his right-hand and shield when they became older. Raghnall showed great promise and talents even as a pup, which only caused his father to push him further and further as he grew older. On his father’s orders, Raghnall joined the Clan’s warriors in border skirmishes and raids as a teenager, and the fights, losses, bloodshed, and terrors he saw caused him to mature quickly, though, it also honed his talents in fighting as well as in battle tactics. Forced into attending diplomacy meetings, Raghnall became wise to clan politics, as well as how to read and predict the actions of other Luperci.
His experiences, the culture of their lands, and the harshness of the cruelties in life molded Raghnall into a formidable and powerful individual. Loyal and protective of his people, and one of their best fighters and tacticians, Raghnall was well respected amongst his clansmen and greatly feared by his enemies.
During Raghnall’s father reign as the clan’s Alpha, the Thorburns had become a rather formidable clan, and had had many smaller ones pledge their loyalty to them. Tasgall’s greed could not be satiated though, forever wanting more, more, and more. While older, Tasgall was still in his prime, and was, by no means, ready to retire from his position. So, when a letter came from overseas from a scout named Jamie O'Neil, Tasgall saw an opportunity to increase the spread of his rule, as well, bide him more time before his son inevitably took his throne.
He gave Raghnall orders to confirm the validity of the letter—that the deserter descendants of the infamous and once-powerful Knight Clan had been found—and sent him overseas. He barred Raghnall from taking a large group of warriors, fearful that the clan’s strongest fighters would choose to follow Raghnall and leave the clan weak in the eyes of their adversaries. Raghnall consented to his father’s orders and judgement, and chose only to take his trusted cousin, Dermid, with him, as well as a veteran warrior, Duncan Mac'claidheim, who was close to Jamie, having once been the younger Scotsman’s mentor.
They paid a hefty sum for safe passage across the Atlantic during the final months of winter in 2020, and eventually made landfall in Portland. Raghnall and Dermid secured the group horses to help make their long journey a bit easier, and made their way steadily north, as detailed in Jamie’s letter. Eventually, they found Casa di Cavalieri.

The Fall of a Mad King