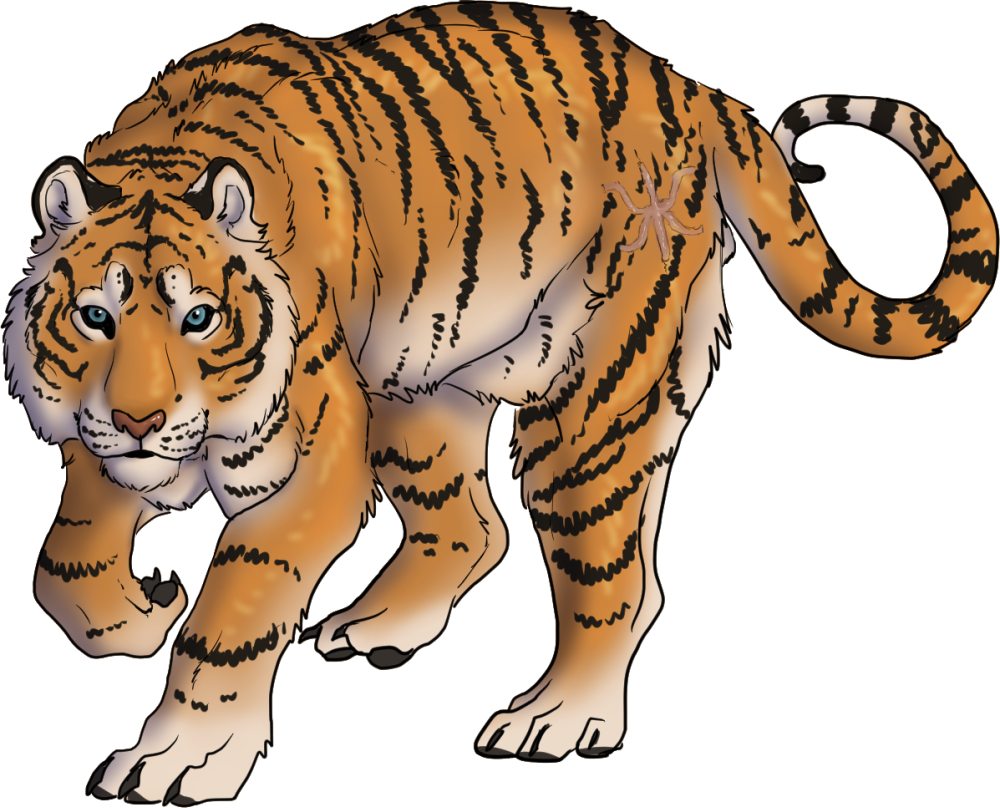 Ovidiu is currently a member of Casa di Cavalieri

In the winter of 2017, Ovidiu and Kjintora were found by Aldora Knight on Prince Edward Island; she ferried them to the mainland and they stayed with her until their return to Casa di Cavalieri. After Kjintora was reunited with her family, Ovidiu became close friends with Aldora, and was often found at her side. Otherwise, he roamed the pack-lands as he once did in Cercatori and Midnight Shores; he was content to be close again to the families he has cared for for so long. In the summer of 2020, he was killed in defense of Luca Knight on the borders of Casa.

Ovidiu was somewhat of a hermit during his tenure in Midnight Shores. He did not tend to interact with the pack-mates much, and became somewhat wild in his solitude. He did however retain his loyalty to the pack and especially of the Wolfe-Denahlii family, choosing them to interact with the most out of anyone else. The falling of the Red Meteor in 2016 caused Ovi to become even more reclusive, and he did not follow the majority of Midnight Shores members off the island when it disbanded.

Now alone on an island he could not possibly hope to leave through his own means, Ovi became more wild, and even for sometime, mute. He then discovered that he was not the only one from Midnight Shores to have stayed behind; Kjintora Wolfe-Denahleigh also remained, and he began to follow her closely. She soon became aware of her new striped shadow, and recognizing him as the tiger who had almost become a legend in her family, tried to befriend him. He always kept his distance however, until one fateful night.

In the beginning of 2017, strangers came ashore Prince Edward Island. They were pirates hoping to find some treasure left behind by Midnight Shores, but only found Kjintora. The raiders made to assault the girl, but Ovidiu attacked them, killing two and chasing off the rest. After that, Ovidiu was always near Kjintora's side, and with her help, was able to regain his intelligence and speech; she also began to teach him how to read.

Ovidiu first met a young wolfess named Dalgina Wolfe-Denahlii outside Cercatori d'Arte and, seeing in her much the same as he saw in the daughters he was taken away from, was smitten. It did not take him long to join the pack, and soon became Dalgina's companion. He lived with her and her family and moved up to the rank of Warrior within the pack. By this time he had fallen madly in love with Dalgina, but kept his feelings a secret because of the obvious species difference. When Dalgina left, his heart was broken.

Ovi focused on protection of the pack and the remaining Wolfe-Denahlii family members. He fought in the attacks on Cercatori d'Arte that eventually lead to the pack's demise. Upon its disbandment, he along with many other members followed Skye Collins to new shores and a new pack, looking for a new beginning.

Ovidiu was born in western Russia to an exotics trader named Zured. Zured and his family made a business of raising exotic animals for trading purposes, mostly for the pet business. Among the animals raised were various species of monkey, birds, reptiles and large cats. He was born in the extremely cold Russian winter alongside two other cubs who were taken from their mother only a few hours after birth. They were then given to a surrogate dog, a non-Luperci slave mutt named Vidnu, who was owned by the Zured family and whose sole purpose was to nurse whatever newborn they gave to her.

Vidnu was a soft spoken mother, and though she did not earnestly bond with the babes she nursed, she cared for them all the same. Ovidiu and his siblings were cared for and fattened at her tit until they were six months old, at which time they were separated and sold. Ovidiu was purchased by a family from London, and lived there with them for a time, before they decided to leave the violence of the city to a calmer place; the Americas. Before his first year was up, Ovidiu found himself leaving Europe on a ship, to land upon new shores; New York.

Ovidiu was happy with his family, they treated him kindly and kept him fed. It was not until he began to speak and comprehend his circumstances that things changed. Raul, the father of the family he belonged to, began to believe that Ovidiu was a threat to his daughters, for which he had bought the tiger cub in a first place. Unexpectedly, in the middle of the night, Raul took Ovidiu from his eldest daughters arms and sold him to a local trader.

By this time, Ovi was already a large tiger, and a handful. The trader decided it would be more worthwhile to kill and skin the tiger rather than try to find someone to buy it, but when he came at Ovidiu with a knife, the cat fought back and wounded the trader and escaped. He then traveled Northwest in an effort to get as far away from that place as possible.

Ovidiu (Oh-veed-new) or Ovi for short, is a very friendly, but somewhat wary tiger. Having been completely raised by Luperci, they are truly the only ones he trusts and understands. Ovidiu does not speak feline high speech, he was never exposed to it, but he speaks fluent canine high speech and even a little bit of Russian canine high speech.

All in all, Ovidiu is very lonely, and would like to make friends but isn't quite sure how to. He misses Dalgina terribly; she was his first true love. He is starting to come out of his shell and be a little bit more confident due to Kjintora's tutelage and friendship.

Ovi realizes that he is not a canine, and is not sure what to do with himself. He constantly feels like an outcast or an interloper.

His fur is a rusty red to orange color, fading to a dusty white on his underbelly. He has patches of this white above his eyes, which are a slate blue. His stripes are pitch black and nearly evenly distributed along his body.

Ovidiu is swift and mighty and knows how to throw his weight around, but is always in control and is hard to anger.