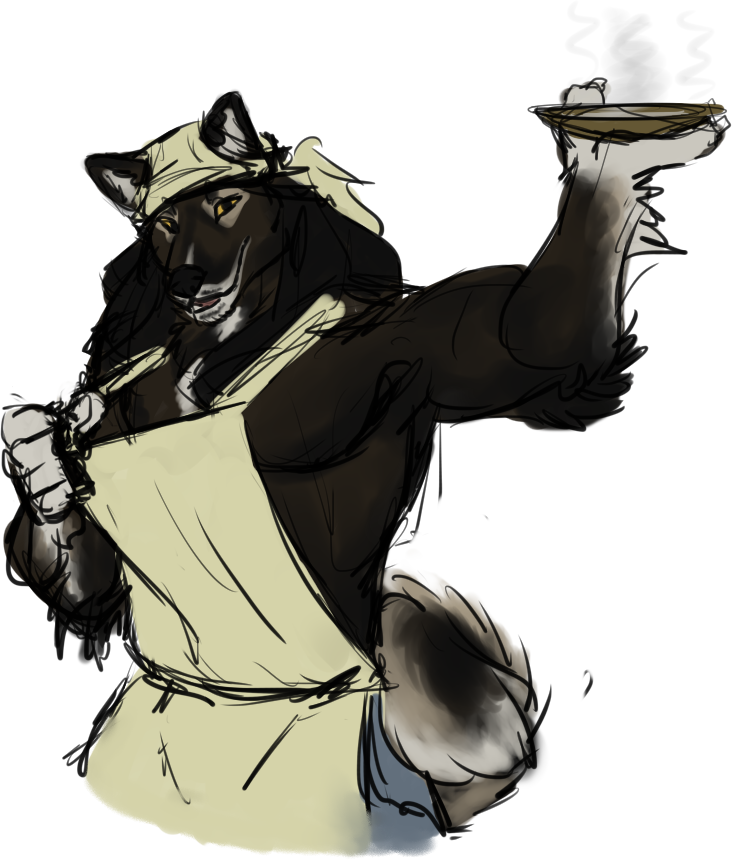 Manitou is a wolfdog raised in Barbados. He took a boat to the Americas and made his way up north, looking for cooler weather and bent on getting as far from his strict parents as he possibly could. He doesn't have ill will towards his parents, but he couldn't help by lie when he said he was going up north for education. The boy didn't intend on returning home any time soon, lazy and free from island chores, but he did plan on learning how to write so he might send them letters of tall tales of the North.

Mani's parents were very religious, though not the strictly religious type. He doesn't believe in their Christianity, their god or their stories, but he was taught from a young age to do the right thing, no matter what the cost was. If anything, he believes in a higher power that helps people do good things, and he certainly believes in Karma.