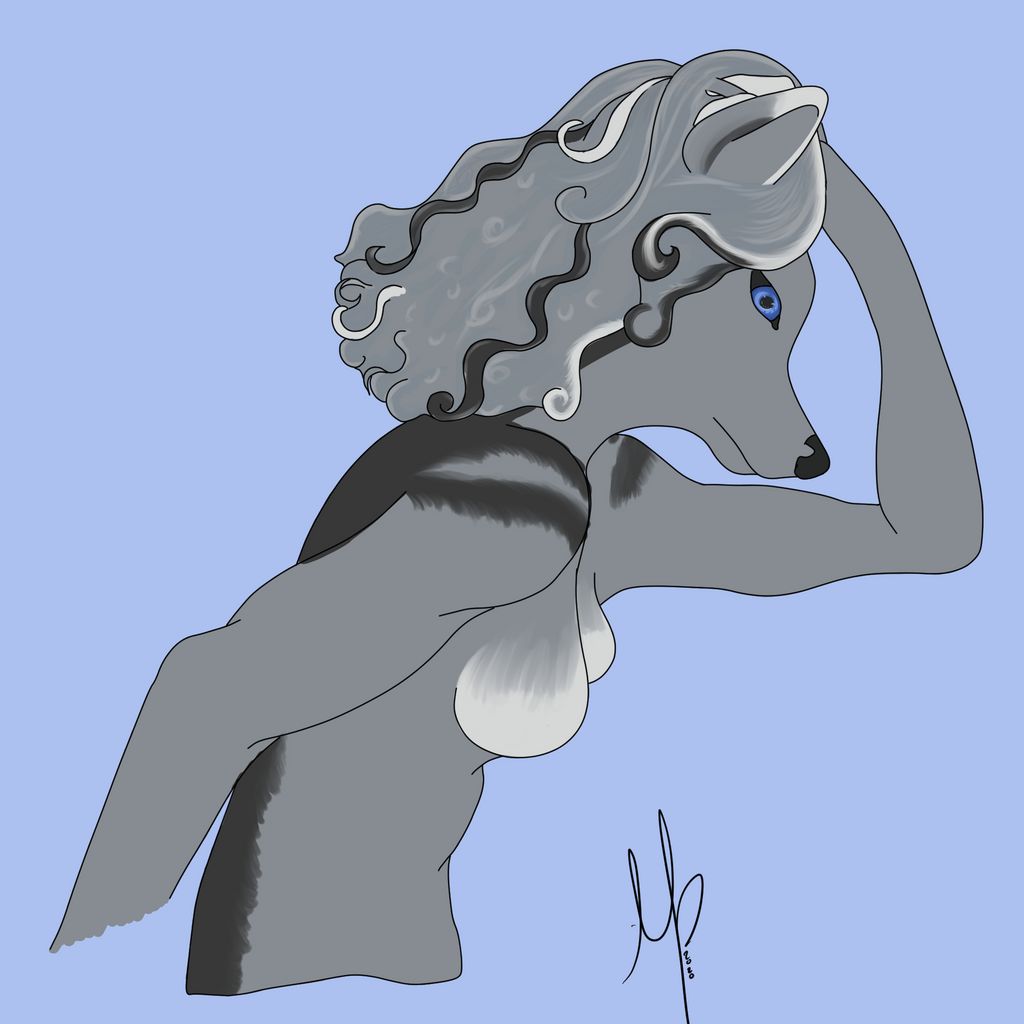 Maephis Valekoi is one of four children born to Calla Valentine and Till Van Ulrich Lykoi, alongside two of her siblings, Kalani and Naum. Maephis grew up a rather curious and inquisitive child, doted on by her mother at first until her mother saw talents in her sister, Kalani, that Maephis didn't seem to possess. Born out of wedlock and having left Salsola, Calla had settled down in a small village or gathering of canines on the outskirts of a coastal city in Spain. Initially superstitious, the town kept Calla outside their reach until a sickness rolled through the small town and she was needed to help care for those who took ill. Her daughters studied underneath her, learning some knowledge of medicine and herbal remedies while her son became a hunter and protector for the village itself. While they were too young to really take on the more carnal bits of their mother's lessons, they were taught from a young age to act and interact with others. Maephis learned the art of deception and disillusionment while her sister took on a more healthy light, learning to interact in large crowds and to be diplomatic at best.

When Maephis was almost of shifting age, Calla ordered her to return to the mainland. After securing a place on one of the ships as a medic's assistant, Maephis joined the crew and it was while she was in the crew's membership that she changed for the first time on the ocean. Retaining most of the knowledge and lessons taught to her by Calla and the ship's medic. She remained with some of the travelers from the ship, eventually making her way from Barbados to Portland where she secured help from another family that was traveling to Nova Scotia. When she made it, she sought to make herself useful and has been collecting herbs and trinkets in order to pay off the debt that had been secured under her name by her mother and from her travels themselves.

Maephis is a lot like her mother when it comes to her personality. Vindictive, jealous, envious of those who have more, she is prone to violence and violent outbursts because of her anger. While she is quick to hide such things from others, it bleeds into her work and her every day life. She can be obsessive and compulsive but only to an extent. She has a brother complex and probably always will. She is into the mystical, often picking up on old habits her mother had, minus poppy milk and anything to do with herbs and stuff that can effect the mind. She is, and will always be, something of a sociopath. On the outside, though, she appears more shy than anything at first, often looking sad or disposed. As a healer, she can be a bit forthright and snappy if someone disobeys her orders or doesn't sit still while she is trying to work. She will snap and scold someone faster than the click of her teeth. Regardless, she can seem friendly at times but most of the time, it comes with an ulterior motive.