Latch is currently up for adoption. Latch Key is the son of Lucilla Key and an unnamed coyote. He journeyed to Nova Scotia with his mother and his many siblings. He is currently residing in Black River Reserve with his brother, Lock Key.

Latch has the opportunity to grow and develop. He has never been played before and can easily join as a loner or join Anathema or Inferni. 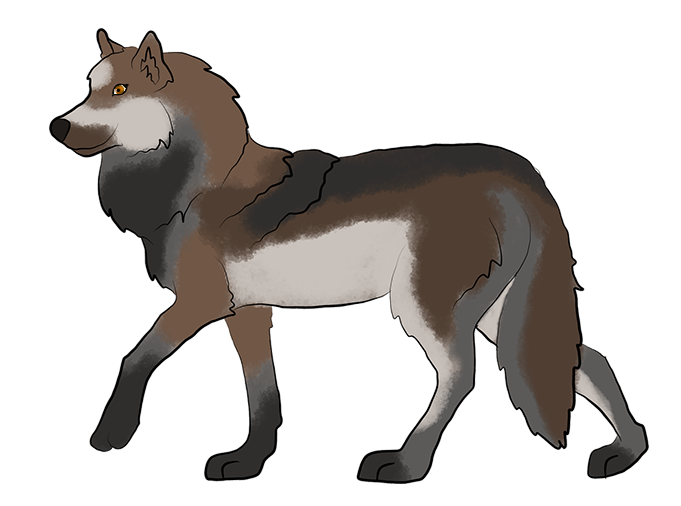 Latch has a scientific, unflinching mind and a deeply-held belief in the truths that can be discovered through observation and the scientific method. He is precise, methodical, and calculation. He has a knack for figuring things out and can pull apart items and put them back together with relative ease. The downside of this is that he is a bit of a skeptic and has absolutely no patience for the unexplained, fantasy, myth, or religion. Consequently, he can come across as being a bit of an obstinate know-it-all with shades of black-and-white morality.

He has a bit of an ace up his sleeve in that, despite his unwavering dedication to the truth (as he sees it), he tends toward being accidentally roguish. In his pursuits to hunt for newfangled machinery and track down interesting mechanical odds and ends, he has developed a set of skills that lend themself well to thievery. He takes only what he needs and has no problem sharing the spoils of his discovery if he can't think of an immediate use for it.

Latch was born in the neutral lands outside of 'Souls to Lucilla Key and an unnamed coyote. He journeyed to Nova Scotia with his mother and his many siblings. He is currently residing in Black River Reserve with his brother, Lock Key.