This character was a pNPC in Mistfell Vale. Karria and her forbidden lover, Valerian Stormwind?, traveled across seas to 'Souls in early 2017 from their lives of royalty in the UK in hopes to start new lives without the rules and restrictions of their noble blood lines. Karria joined the pack Case di Cavalieri and for a short time was settling into the unfamiliar ways of being a commoner in a pack and working to develop her skills to prove her loyalty to her new home. But soon unforeseen circumstances called her and Valerian away forcing them to leave the pack.

Now a few years later, Karria, minus her mate, have returned to 'Souls under different circumstances. With a few more scars and life experiences under her belt, Karria seeks rejoining the pack she had once tried to join previously and hopes for a second chance. She finds however that Mistfell Vale is more to her liking and joins their ranks instead in March 2019.

After yet another brief time away, she has returned to Mistfell Vale for good, and is putting her skills as healer to good use. 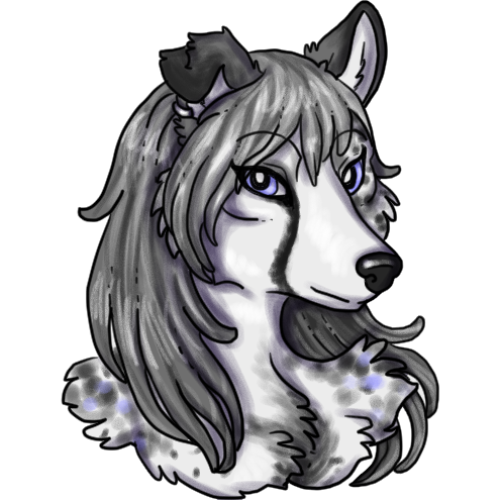 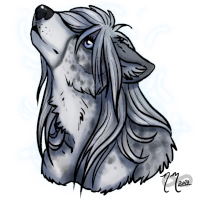 Karria is used to being surrounded by nobles so much of her personality is shaped and catered around being a proper lady. As she is able to find her own way in life, free of the restrictions and rules she was raised into, she will eventually loosen up and becomes less of a hoity toity princess and a much more relaxed and fun loving lady. As of right now, she has a lot to learn about how "regular folk" live and that world does not revolve around her.

Although fascinated by other's beliefs, she lacks any real set religion or spirituality of her own at this time.

At this time, Karria doesn't have much for trade. She's just come a long way and had to trade most her goods to make her way.

As a sort of personal track-record or journal, Karria (both ICly and I, Westy as her player) tracks her personal achievements via a feather journalism system. She marks each occasion in a small leather bound journal that has her family's crest imprinted upon it and presses small, white and blue-dyed feathers into the pages, writing little notes and memoirs beneath them to commemorate the events of her life. It is an old tradition of her family heritage that has stuck with her, despite her rejecting her families' ways otherwise. Her collected achievements thus far can be found at the bottom of her forum profile and are marked by the image of this feather: