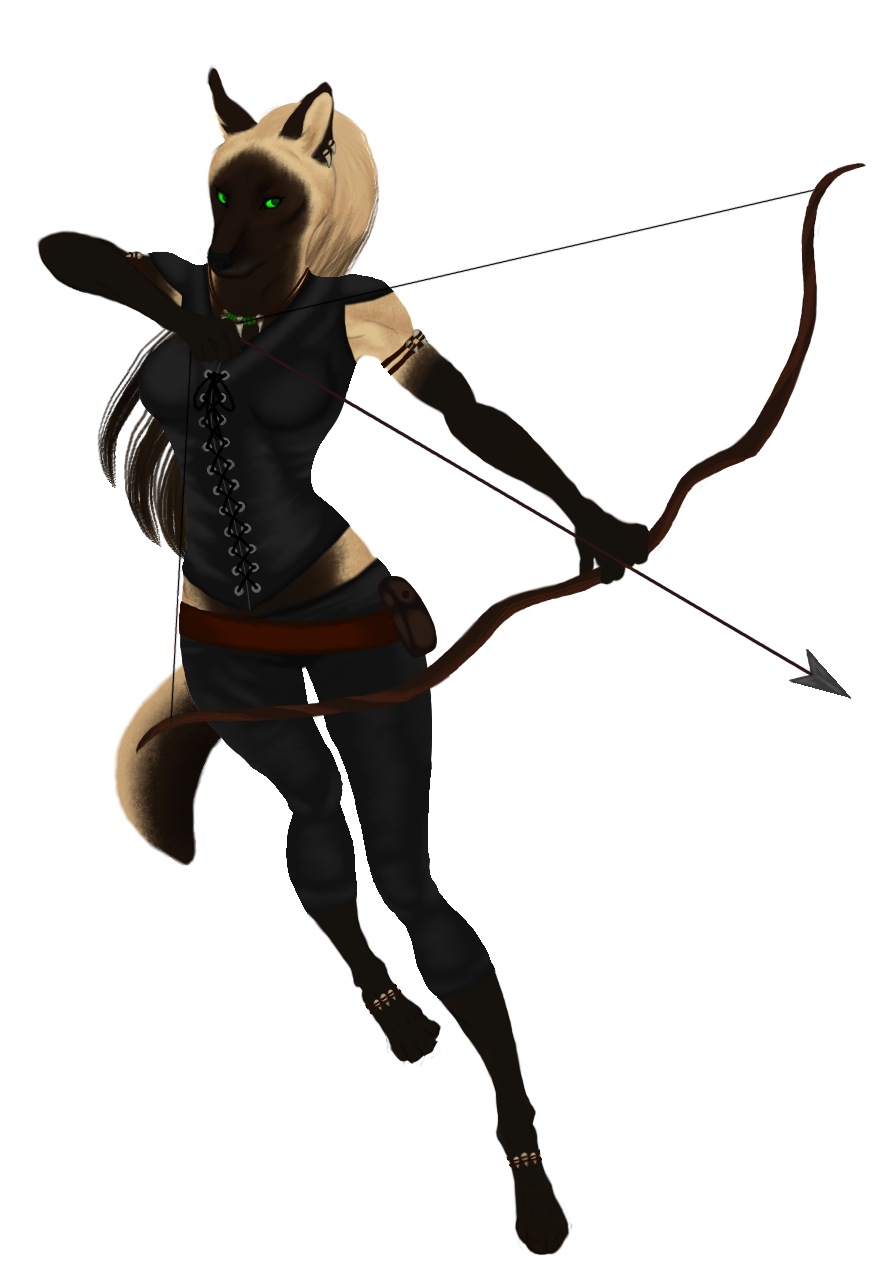 Young and hungry for purpose Kaeli arrived in Souls in 2012 and in October of the same year joined New Dawn to better her chances of surviving through the winter.

Despite her initial struggle with the feral lifestyle of her new family she steadily rose through the ranks and proved her worth by helping locate and vanquish the infamous rogue Amy Sunders. From this point on she chose the path of the warrior focusing solely on combat-oriented skills to become a more able protector of the Pack.

On January 2013 she disappeared quite suddenly from New Dawn’s lands and returned a month later after having answered a call of distress from her parents. She was met by Zalen Damaichu at the borders who pointed out that her new mount and quite a few of the items that she had brought back with her didn’t fit in with the pack’s ideals. During this exchange she learned of the ascension to power of a female who had just recently joined which resulted in her questioning Zalen’s choices and him dismissing her before things escalated into a skirmish.

She took to the life of a rogue traveling through Souls’ territories and back and forth from her parent’s residence in Freetown. During this time she adopted the profession of a sell sword and became enamoured with a life that revolved around conflict and warfare. At some point she met the giant Lorenzo Knight at the port city and taking advantage of his unstable emotional state and a very ample supply of alcohol seduced him into spending the night together.

Not long after she gave birth to Varda Blacksun, Yavanna Blacksun? and Arda Blacksun?. A stranger to emotional attachment, Kaeli abandoned her children to return to Souls once they were old enough to be taken care of by their grandparents. On July 2015, she was persuaded by Dullahan Eternity to join Salsola and never again took to the lifestyle of a Loner, finding her true calling in a Kingdom as grand as its fearsome reputation.

She spent some time at the Outpost, amassing a small fortune by selling her services and trading goods with and through her family’s business. Eventually she returned to Salsola proper with a renewed ambition to reach the higher circles of their society and make a name for herself through more than unsavoury deeds. 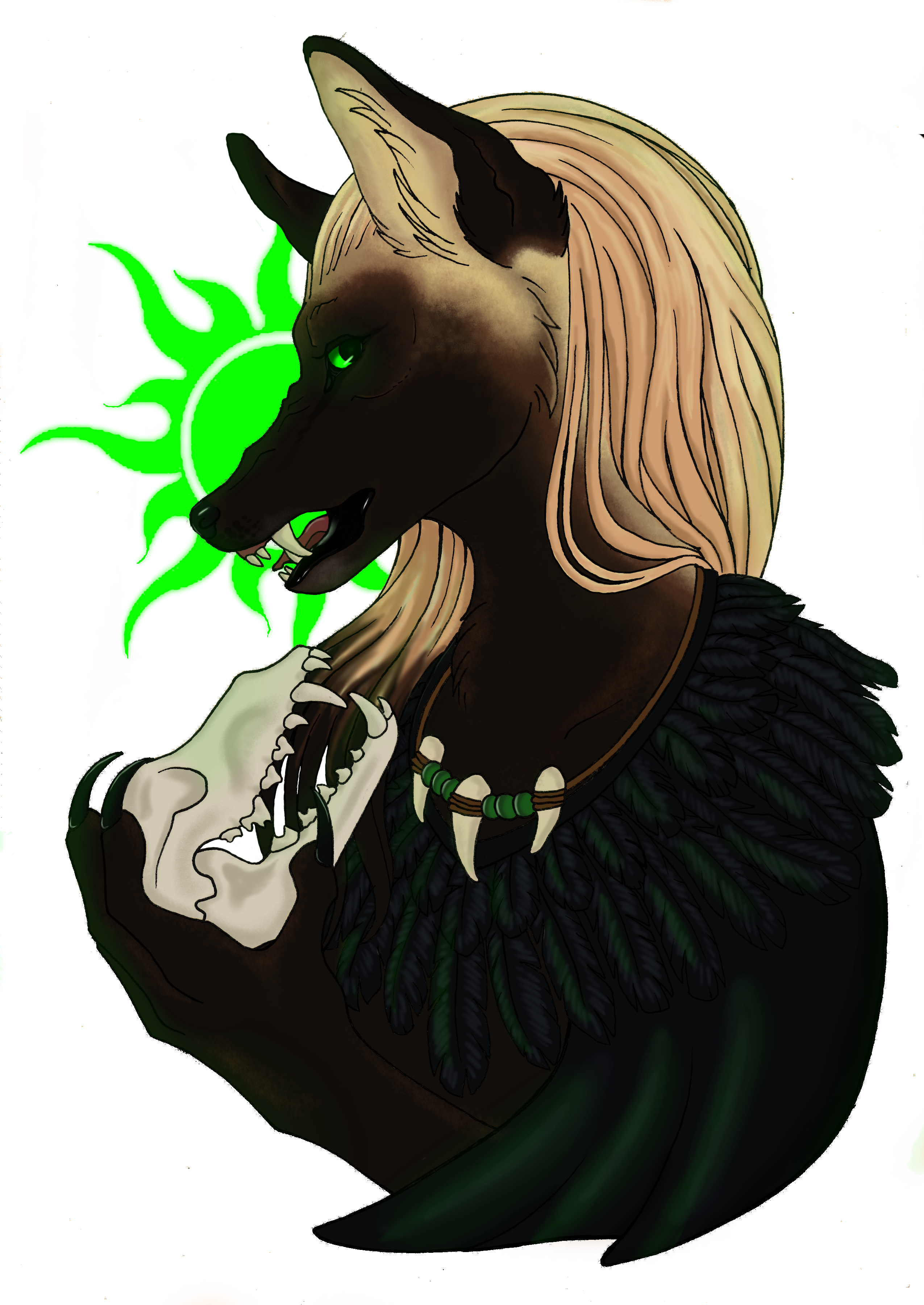 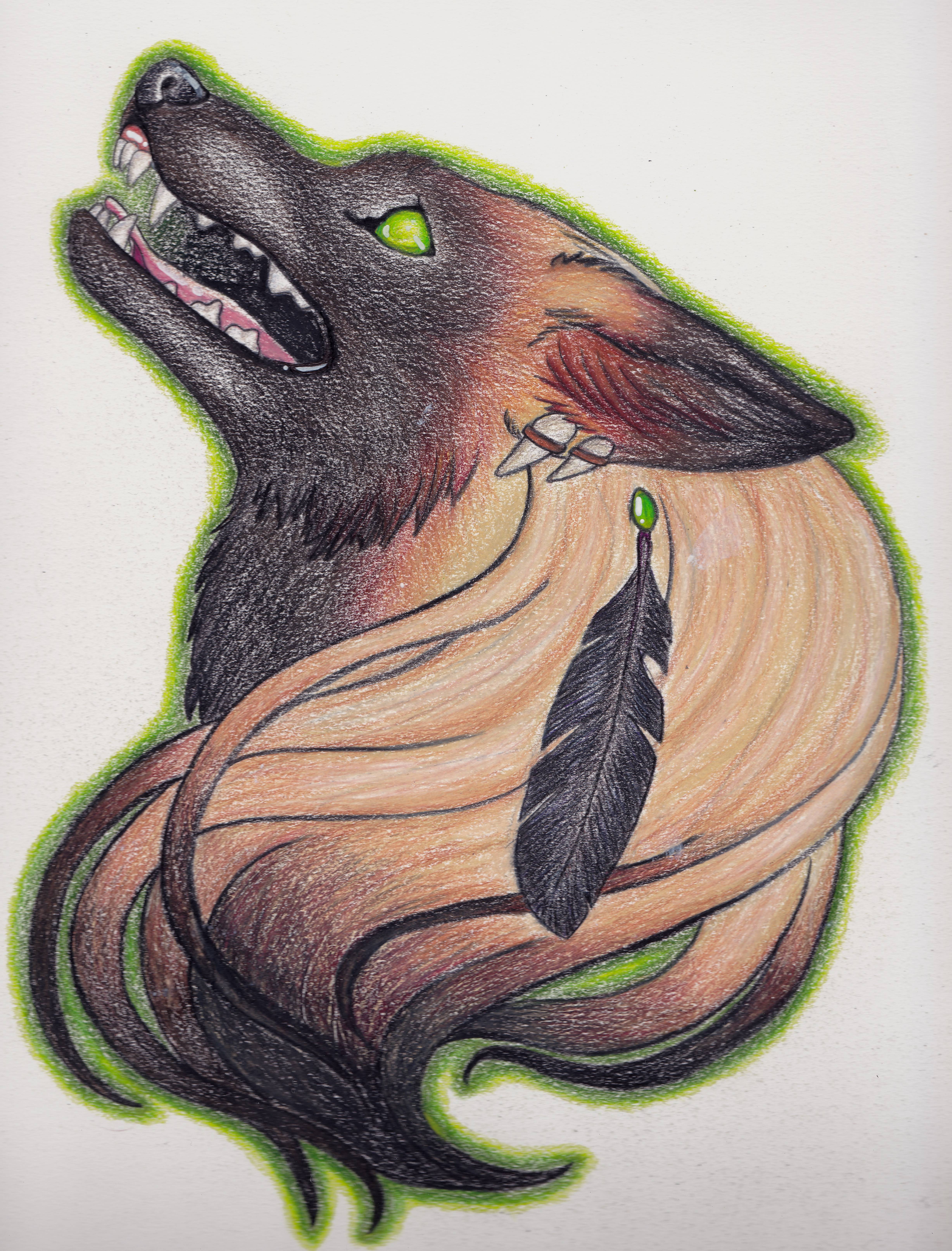 Kaeli’s view of the world is entirely based on her own interpretation of social Darwinism. She has developed the belief that no matter how humanized the luperci society has become, altruism is nothing but an illusion supported by those who would dare go against nature itself. Because of this belief Kaeli is a downright egotistical individual with her own interests always held above the needs of those around her, especially those outside her family. This doesn’t mean she is unable to perceive the needs and desires of those around her; on the contrary, she will forge a façade of selflessness to manipulate others into helping achieve her own goals.

Intimate relationships or genuine feelings of love and respect aren’t alien to her, however such require a meaningful event to break through her shields and reach into her rarely seen caring side. The way to earn her respect and esteem is through proving one’s strength and worth, there is nothing that aggravates her more than weakness, and weakling are viewed as nothing more than soon-to-be preys in her eyes.

Time has shaped her into a consummated predator, hungry for the thrill of the hunt and the taste of blood in her maw. She is no deranged beast, her blood thirst roots from the sense of accomplishment a successful hunt or a defeated foe may bring, mixed with the natural taste for a creature’s flesh carnivores possess. She will choose her victims discriminately and will not seek to cause herself trouble by acting impulsively.

Atheist with a strong dislike of priests, witches and other religious practitioners that claim to have a connection with the supernatural. These prophets of the arcane hold a power truer than the gods they worship, influence.