Indra Winters (née Revlis) is one of two Salsolan princesses born of a union between the pack’s former Lord Commander, Lokr Revlis, and its Gamekeeper, Osrath Eternity; the truth is not quite so clean cut as that however, for while her sister Elphaba Revlis is truly her father’s daughter, Indra is the result of a long-standing love affair between their mother and Dullahan Eternity.

Following the death of her second partner (and wife), Lilia Salcedo, in the spring of 2022, Indra appears to have been lost completely to the wilds surrounding Portland, although it's worth noting that she makes herself useful by hunting and subsequently replenishing the pack's stores with the fruits of her labors.

Physical Description
Of relatively average height and overall build, Indra appears almost innocuous at first glance. The only real note worth mentioning is her complete heterochromia, with one eye (left) being a pale blue-green and the other completely silver (right).
Her obvious relation to Osrath — sometimes referred to as the most beautiful woman in the North — cannot be understated; though she lacks the acerbic green eyes which made her mother famous, she possesses the same otherworldly beauty but attempts (and fails, often) to downplay or minimize this entirely. Not one to focus on appearances, it has never even crossed her mind to wear a dress or otherwise accentuate her more feminine features. During her years spent in Portland she put on more weight (though much of this has been converted to muscle during the last three-quarters of 2022).
Average; makes use of tools and weapons in addition to wearing armor on an as-needed basis, but is just as frequently found running amuck in her secui form.
Beneath a thick double coat courtesy of her primarily wolf-dog lineage, however, her shoulders are slightly broad and her muscles are wiry, lending credibility to the fact that she is, above all else, an incredible athlete. Almost completely wolf in appearance, the only hint of her dog heritage is the pale feathering along her stomach, tail, and throat. While not the fastest or the strongest in overall appearance, she is a tour de force when endurance comes into play.
Bears a striking resemblance to her grandfather's brother, Baratheon Winters.
Reference 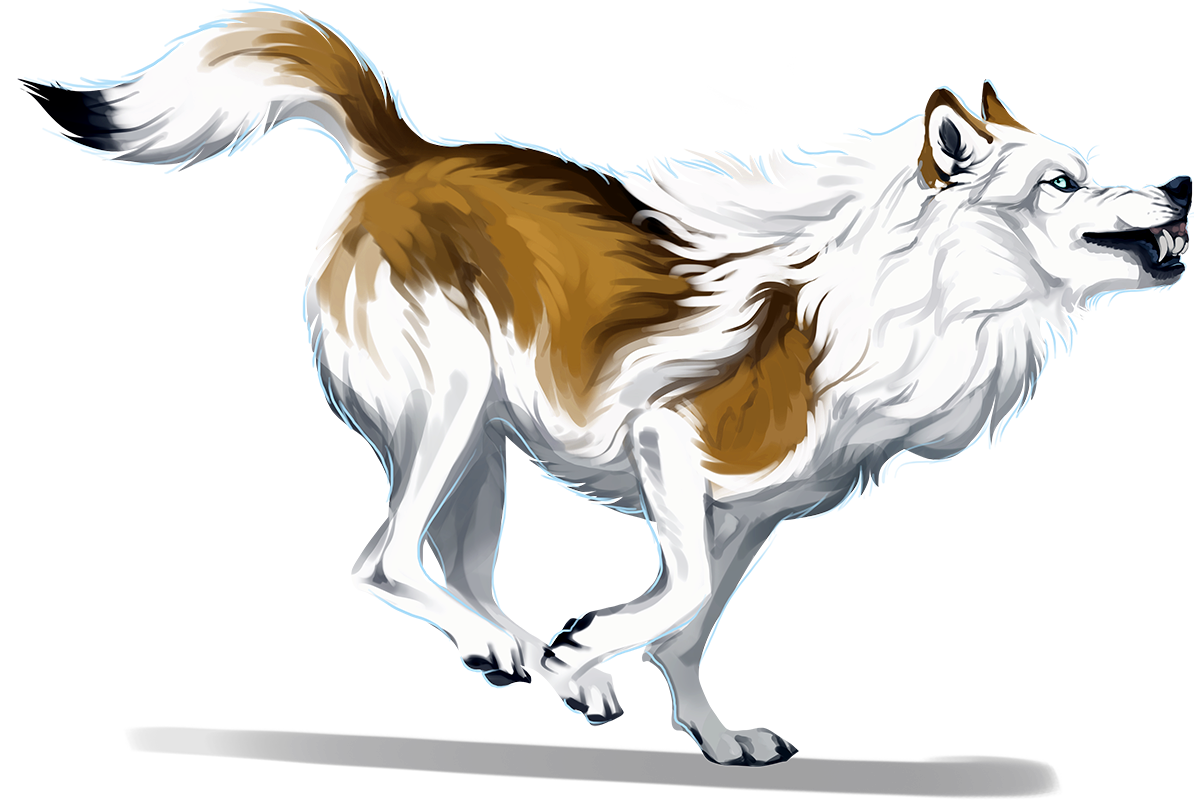 Considered aloof, cold, or otherwise 'odd' by many, Indra's enigmatic nature comes into focus when one realizes she exhibits all of the hallmark traits of someone with aspergers syndrome: lack of social awareness, disinterest in socializing or making friends, difficulty making and sustaining friendships, the inability to infer the thoughts, feelings, or emotions of others, and gazing too intently.

Indra is bisexual and has no preference, for she's loved and lost both a man and a woman in her lifetime. She has little-to-no interest in begetting heirs or furthering her bloodline due to the incestuous relationship between her parents. After losing both Ros O'Sionna and Lilia Salcedo, however, Indra has closed this door in its entirety.

While not necessarily loving its people — for she finds them uncanny and deceitful, oftentimes working against each other to reach the same ends — Indra loves the land Salsola has claimed, and sometimes acts as its mighty steward; owing little allegiance to the crown, she patrols from the salt shore to the shadows at the base of the Halycon, and will defend the Thistle Kingdom unto the death.

On a more personal note, her nuclear family are her chiefest concern and primary motivator, specifically her children and her sister.

While not religious, Indra is spiritual on some level. This is due in some part to encountering her half-brother Maugrim as a youth. She is largely resistant to the powers and abilities of spirits, perhaps because of others' belief that Morrigan, the Macha Tribe's patron goddess, has laid a heavy hand on her.

Knowledgable on the subjects of Khalifism and the Coisricthe religion as well as a number of Salsolan rituals, but doesn't put any stock into them.

Nuclear (de le Poer, Eternity, Winters)
Extended
* through adoption, though she considers them her own children.
** unaware of any full-blooded siblings.
*** many of Indra's nuclear relationships overlap due to her parents' incestuous relationship. It's more of a family wreath than a family tree.

In addition to English (or 'common tongue', as it is sometimes called), Indra can make herself understood in German, Italian, and Spanish with relative ease due to their cultural influence within Salsola; over the years, she has grown less proficient (due to lack of use) in French and Gaelic.