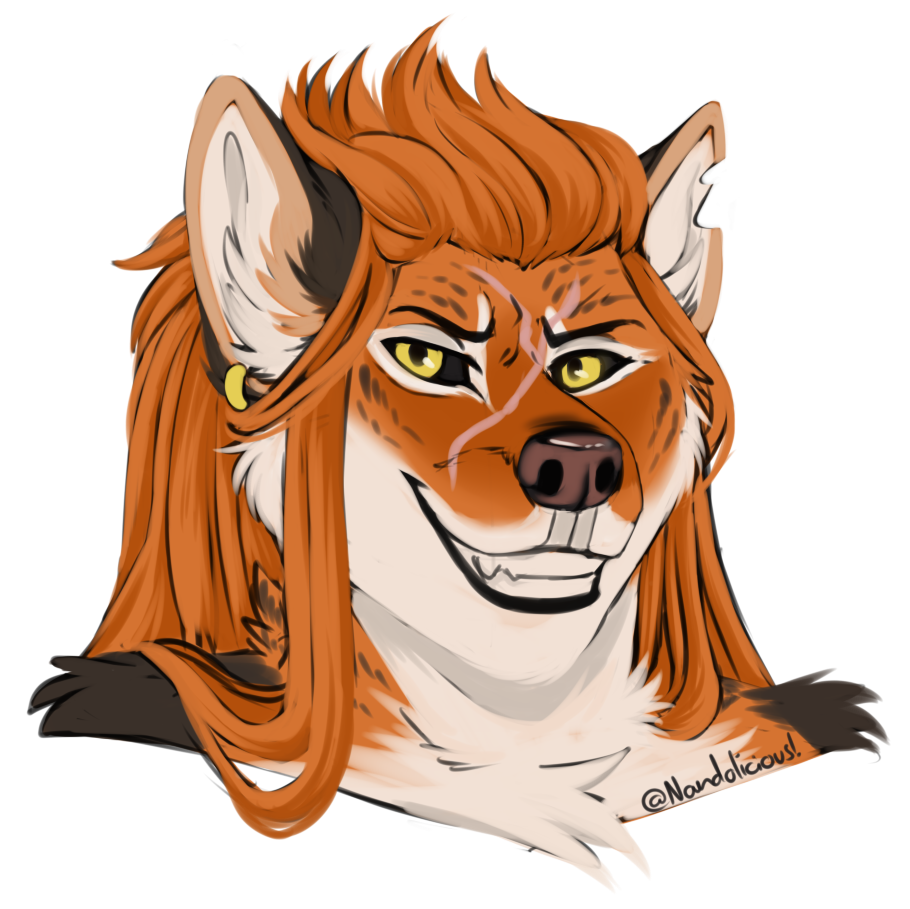 Currently, Hades is a member of Salsola, ranked as a The Associate.

Hades was born in Russia, to a gang leader/Godfather named Scox Ars Paulina, and his mate. While Scox was mated officially to Hades' mother, he was in no way "faithful" to the relationship and often would take females at a whim. Alas, Hades was one of the true, only children that came of the pair, before their untimely deaths. Hades was doted upon by his mother, and taught how to be a respectful young man, while his father did teach Hades to be ruthless and quick to judge with a heavy hand. His family had always been very protective of Hades, raising him to be a certain way so that they could have a successor to his father's blackmarket empire.

In Hades' early youth, he was much bigger than his half-siblings, and he often would bully them into doing what he wanted. He easily picked up his father's mentality of not wanting to "get his hands dirty", but would/did things that he might not have been proud of, including murdering his younger half-brother for sexually abusing their younger half-sister, and then covering up the death by pinning the blame on someone else. He felt no remorse for this, nor was the decision hard for him at such a young age. As he grew older, he became more apt and more hostile. He developed a "take no shit" attitude, and as he got older, his heavy handed judgment became worse and worse. While he did sit back and watch and learn from his father, from the early age of 1 year, he knew that Scox would have to be murdered by his hand. This was the one thing he had incredible patience for, and he waited until he was coming up onto his 2 year birthday to put his plans in motion.

On the eve of his 2 year birthday, Scox settled his family down into their hall for a grand feast, in which they would celebrate Hades' blessing into this world, especially after the boy turned man had just finished a particularly bloody mission that he definitely wasn't supposed to come back from. Hades knew this, and sacrificed his favorite of his half-brother's to escape the situation, and to murder every last rival gang member in the base that they overtook on this mission. His father did not give his son as much credit as he should have, for he merely had his son's food poisoned before they were being seated to eat, and Hades wore a mask of pleasant bliss as his father had hugged the newly appointed man. Hades took this moment of weakness from his father to stab the Mafiosi in the neck with a knife without any remorse, and with a whisper between his clenched teeth and wicked grin. His mother, who had loved his father, too, would come at the man with the intent to kill, but Hades quickly put his mother down. One could say that he murdered what was left of his heart when his knife plunged into his mother's throat, and the blood gurgled from her maw as she grabbed at her neck frantically trying to breathe. He watched them both die before him, and so did their Familia, of which did nothing to stop the new Godfather.

Within the year of him taking over, and the end of his reign as Godfather, Hades had taken a mate, and had children, just as his father before him had done. His Godfather title was short-lived, unfortunately, for the rival gang in the area did catch wind of the horrible acts that the young Godfather had done to his Father and Mother, finding him weak to do such a thing to his own blood. Hades tried to gather his forces, but found that many of his Familia had been the very one to turn their back on him and flee to their enemies' front-lines. With what little army he did have left, he defended their home, and while Hades watched their enemy capture and murder his wife and children, he found himself, for once, a coward, as he saw his family dying before him, and within the last fight, blinded by his own blood and the blood of his wife, he was told to "run".

That was exactly what he did.

The Y shaped scar did nothing to help him getting away, but once he did, he found a port and paid whatever coin he had left to flee Russia and to go "anywhere but here". While he was on the boat, he healed, both his mental and physical wounds to the best of his ability. He still wore scars on his body, with the large Y shaped scar on his face. Once he landed back on land, halfway across the world, he found himself in a foreign land with foreign luperci. At first, he did not know how to speak the common-tongue, but the traders at the ports did help him with learning English, and once he was confident enough to strike out on his own, he did. He spent a lot of time in Portland, where he met many different characters of many different lifestyles. He slept with some, fought with others, and became known as a very ruthless and adept mercenary/hitman. He often was off and about, going after his targets with tooth and claw, but when he wasn't on a job, he often was in a bar, drinking some good ol' Russian Vodka, and spending too much time with men and women.