Fritz is a Great Dane born in London. He arrived in 'Souls, heading to the Casa Di Cavalieri to join in February 2012. He then got a mate and headed first to Crimson Dreams before trying to start a pack and then finally ending up in Vinatta.

Fritz speaks with a very light English accent. It is hard to tell what sort of English accent beyond the fact that it is English. He speaks a bit slowly and deliberately. He speaks rather loudly due to his size but also very clearly.

Fritz's main strength is his strength. He is really tall with quite a bit of muscle, easily towering over most canines. He uses this to advantage with his choice in weapons, either going with two swords or more likely a massive two-handed mace. He learned this from his uncles and honed them during his days as a mercenary.

He is also good at construction, another skill where his height and strength comes in handy. He learned construction from his father, who was a woodworker and boat builder.

His main strength is also a weakness. His height causes problems with finding a place that he can stay. And with his weapon skills, he can easily become bloodthirsty if he isn’t careful. 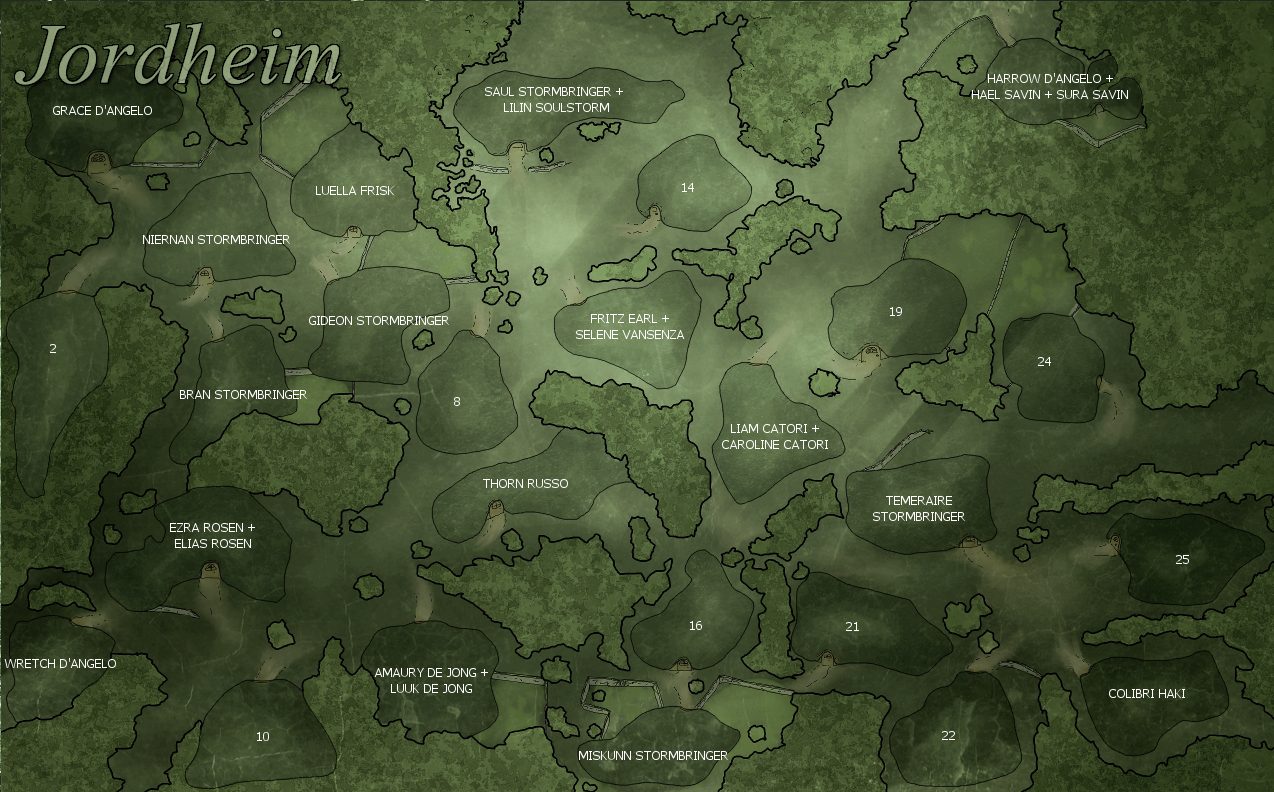 Fritz resides in the territory of Vinatta in Jordheim (see map) The house that Fritz and his mate have claimed is rather large, with tall ceilings to accommodate Fritz's height. It has a second story which is half the size of the lower level to expand their family.

In CdC, he lived the Courthouse and in Crimson Dreams, he and Selene lived in Haven Manor. For a bit they lived in a house near Halifax.

Anton is a large Shire stallion that is five years old. He is bay colored. Like his rider, he is rather easygoing and calm. He is used to Luperci and will let almost anyone near him. He can be ridden only be Fritz or anyone that Fritz tells him to let ride. He is trained as a warhorse but can be used as a workhorse or just for riding.

Fritz is a large Harlequin Great Dane and has green eyes.

His lupus form looks just like any Great Dane, tall and powerful.

In Optime, Fritz grows extremely tall and powerfully built. His hair is quite a bit past his shoulders and is generally tied back in a ponytail.

Fritz in all his forms is tall and muscular. He carries himself with pride and self-assurance.

His coat is Harlequin, with the base being pure white with black patches all over his body. In Optime form, his hair is black. His eyes are a forest green.

His fur is very short and medium thickness. It is straight and smooth.

Despite Fritz’s intimidating large size, he is actually very friendly and laidback. He is gentle and good with kids and very protective and loyal. He does tend to be a little on the quiet side but isn’t overly shy.

Fritz is generally amiable to all that he meets. The only time he is not friendly is if they did something to cause him or those that he cares about harm. He really enjoys pups and hopes to have his own at some point.

He is a optimist but also a realist. He knows that things will get better but that things can and often do get worse before that. One just needs to weather through each storm and a rainbow will come afterward. He does tend to be a bit on the submissive side, but more out of respect and not shyness.

Heterosexual but a bit shy about it and talking about it in public especially.

No problem with them but hasn't really used any except alcohol and only in moderation and very rarely.

No specific beliefs but is interested in learning about others beliefs.

Does your character have many friends and acquaintences? How do they treat them?

Describe how they relate to their pack here -- why did they join in the first place?

Maybe a different pack -- how do they feel about this pack?

Fritz was born in London, England, and is one of five children. He is the middle child with an older brother and sister and a younger brother and sister. His father is a carpenter, whose family has been in England for generations. His mother is deceased and was the daughter of German immigrants. For the first year of his life, Fritz worked with his father and brothers in their father’s construction and carpentry business. In his spare time, he would train in various fighting and hunting techniques with some of his uncles.

Soon after he turned one, he started to do mercenary work with first his uncles and then whoever needed his services. By the time he was two, he was fairly well known in the British Isles as a fair but effective mercenary. Yet one day, he disappeared from the mercenary line of work and worked for his father again. Many people wondered why.

The reason that he left is his bloodthirstiness got the best of him and he killed an entire village, including women and children. In shame and guilt, he quit the mercenary work and tried to work with his father. But he couldn’t stay in England and decided to leave. He learned about ‘Souls and used his father’s reputation as a boat maker, along with his own construction/protection skills as barter for passage to Freetown. He soon arrived in 'Souls, heading to Casa di Cavaleri, where he starts to settle in.

He soon meets Selene and falls for her but waits until she sorts her feelings towards another. They decide to be together and eventually join Crimson Dreams, only to have it disband soon after they join. Fritz and Selene then hope to start Corsairs, a pirate pack, but that falls through and they join their current home, Vinatta.