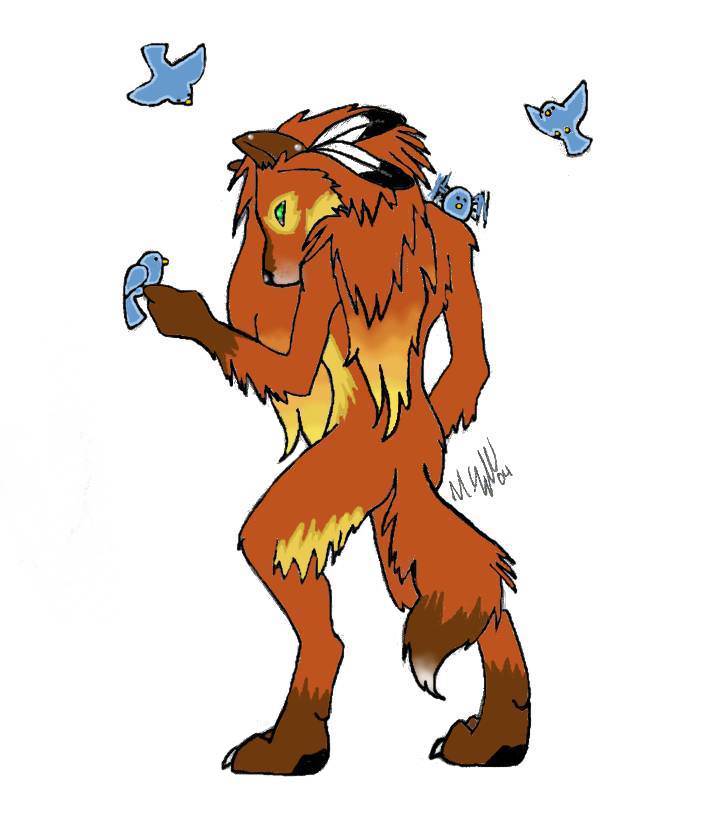 FiresideRubyWolf, Ruby for short, was one of the three founding wolves that came to Bleeding Souls in 2001. She founded Silent Dawn and ruled it for a long time, though as her leadership faltered so did Silent Dawn, and it was the rocky, unstable leadership left in her wake that likely led Silent Dawn down the path to demise.

Ruby was born in the cold winter months to a loving family of four. Her mother Starla and her father Azure had already had two children but they loved their new jewel deeply. The first eight months of her life where typical and good however three days after her ninth month, the Black Thorn pack, her pack’s sworn enemy, attacked. Her mother, father and brother all fought as her grandmother fled with Ruby in her jaws. But they were ambushed, her grandmother was struck dead, and had it not been for her father that sprang to her rescue Ruby would have suffered the same fate. Ruby watched her father die for her as she escaped.

Ruby wandered unable to take care of herself but she was taken in by distant relatives that weren't part of her pack. She was raised by her aunt before meeting a wolfess named Krystine. Ruby joined up with her and they grew together, learned from each other, and created ties with with many different wolves. One being Stormy, who Ruby became very close to.

Ruby along with Stormy and a wolfess named Moondust, created the first three packs of bleeding souls. All was going well and the three began to have thriving packs with many members. But then the peace was broken by a dark wolf named Zulifer Yfel who brought to the wolves a promise of death and destruction, of an end to the wolves' reign over Bleeding Souls. It was discovered that he was Ruby's long lost brother, whom she believed had perished in the Black Thorn attack. Soon afterward this discovery Ruby disappeared, and Zulifer followed in her wake.

Ruby had left to lead Zulifer away and also because the stresses of being the Alpha were too great. Once they were far away from ‘Souls land she and Zulifer fought to his bloody in a bloody battle. Battered and exhausted, she was aided by a kind yet mentally scarred wolf aptly named Trauma. They eventually became mates and together they had one puppy named Mephiz. But when Trauma committed suicide, Ruby abandoned her only pup, who was grown by then, to go back to the lands she had left; Bleeding Souls. There she found she had been forgotten and she quietly left the borders to slowly diminish from life in the unknown lands.

After Ruby's death, her spirit lingered on in the burnt lands of Bleeding Souls until her great grandson Zalen showed up. Her ghost followed him, watching over him until his death. Her spirit continues to look over the Damaichu line, lending whatever protection she can give..

Ruby had a very easy going personality, but knew when to get tough and down to business. She was also a hopeless romantic by heart. She was gentle when meeting strangers but just could not stand idiots and those who acted emo because of their past. "Suck it up!" she would say.

As age caught up with her and the demands of life pressed down upon her Ruby became very reserved, distant, and jaded. 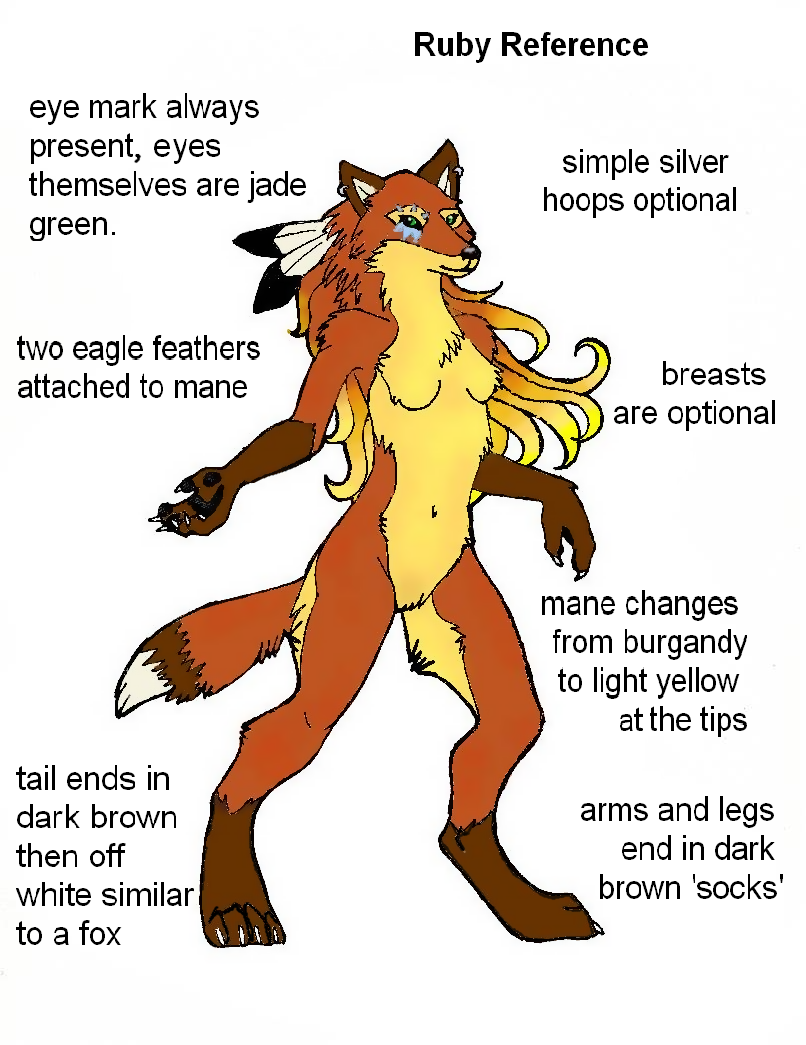 Ruby's fur was a brilliant coppery red, and her underbelly was a tawny gold. She had darker chocolate points on her ears and tail, and bright green eyes.